Thomas Jefferson—who tried in vain for success as a vintner—endured weeks on transatlantic crossings and on horseback to visit wineries just to swirl, sniff and sip. Today, prestigious wine regions are accessible within two hours of major cosmopolitan cities, including New York City with its proximity to wineries on Long Island, in the Hudson Valley and in Coastal Connecticut. But for those looking for a break from New York, there’s no need to buy a horse, of course. Hop on a plane and clink glasses in some of the world’s most famous wine regions.

Mendoza is the world’s fifth biggest wine producing region, in large part because of the weather. Hot dry days and cold nights make it perfect for producing Malbec, Argentina’s best-known grape. Mendoza City is central to 1,500 regional wineries and offers museums, parks and familiar luxury hotels—including The InterContinental Mendoza with its casino. Bodega Familia Zuccardi in Maipú is a 30-minute trip and the prestigious Bodega Catena Zapata, in the desert-like Valle de Uco where the winery rises like a Mayan temple, is only 50 miles away. Algodon Wine Estates, a hacienda-like resort set amidst the rolling foothills of the Sierra Pintada Mountains at the base of the Andes, is three hours away. It’s worth the trip for oenophiles looking for a well-rounded experience. The resort offers its few dozen guests and second home owners barbecue feasts, called Asado, winery visits, horseback riding, golf and a pool. Go. 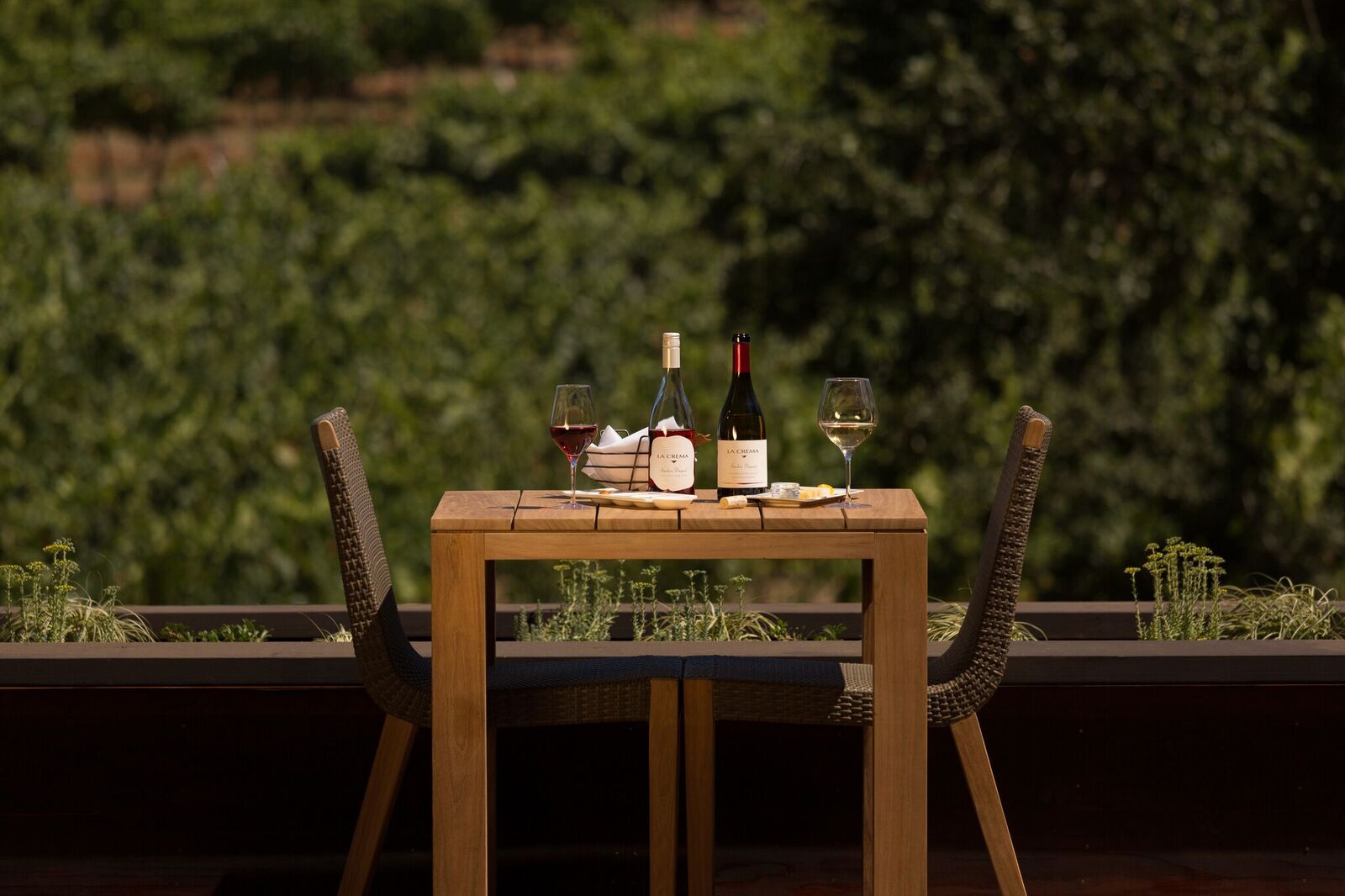 In the nearby Russian River Valley, La Crema opened a new visitor center on the fabulous Saralee’s Vineyard for tastings, wine education and culinary exploration. Each September, people flock to Kendall Jackson Winery for The Annual Heirloom Tomato Festival. The two-day charity event is complete with chef-staffed booths, a cook-off and a tasting of each of the 150 different heirloom varieties grown on the winery estate’s vegetable garden. Executive Chef Scott Romano reigns at Charlie Palmer’s Dry Creek Kitchen in charming Healdsburg and serves dishes developed by his mentor, the late Long Island chef Gerry Hayden. The Fairmont Sonoma Mission Inn—with its mineral springs and spa—is a comfortable and convenient base for a California Wine Country tour. Go.

The Douro Wine Region starts up river from Porto, the 2000-year-old UNESCO World Heritage city. Oenophiles drive, ride the rails or cruise on Emerald Waterways to visit its long-established port wine estates. In 2015, the 57-room Six Senses Douro opened within a 19th century turret and arch studded country house, which New York’s Clodagh transformed into a modern, multi-level spa hotel, 90-minutes from Porto. The wine library stocks local wines including Van Zellers Douro DOC wines (Quinta Vale D. Maria 2013, a Douro Red, ranks in the TOP 100 in 2016). And the owners of Croft, Fonseca and Taylor, who constructed The Yeatman, a Relais & Chateaux in Porto, recently launched the 43-room Vintage House, located riverside in Pinhão not far from the visitor center at their Quinta da Roêda estate. As for the view, it’s unbeatable. Guests are known to savor the view of rugged, vine-covered hills as much as they savor the world-class vino. Go. 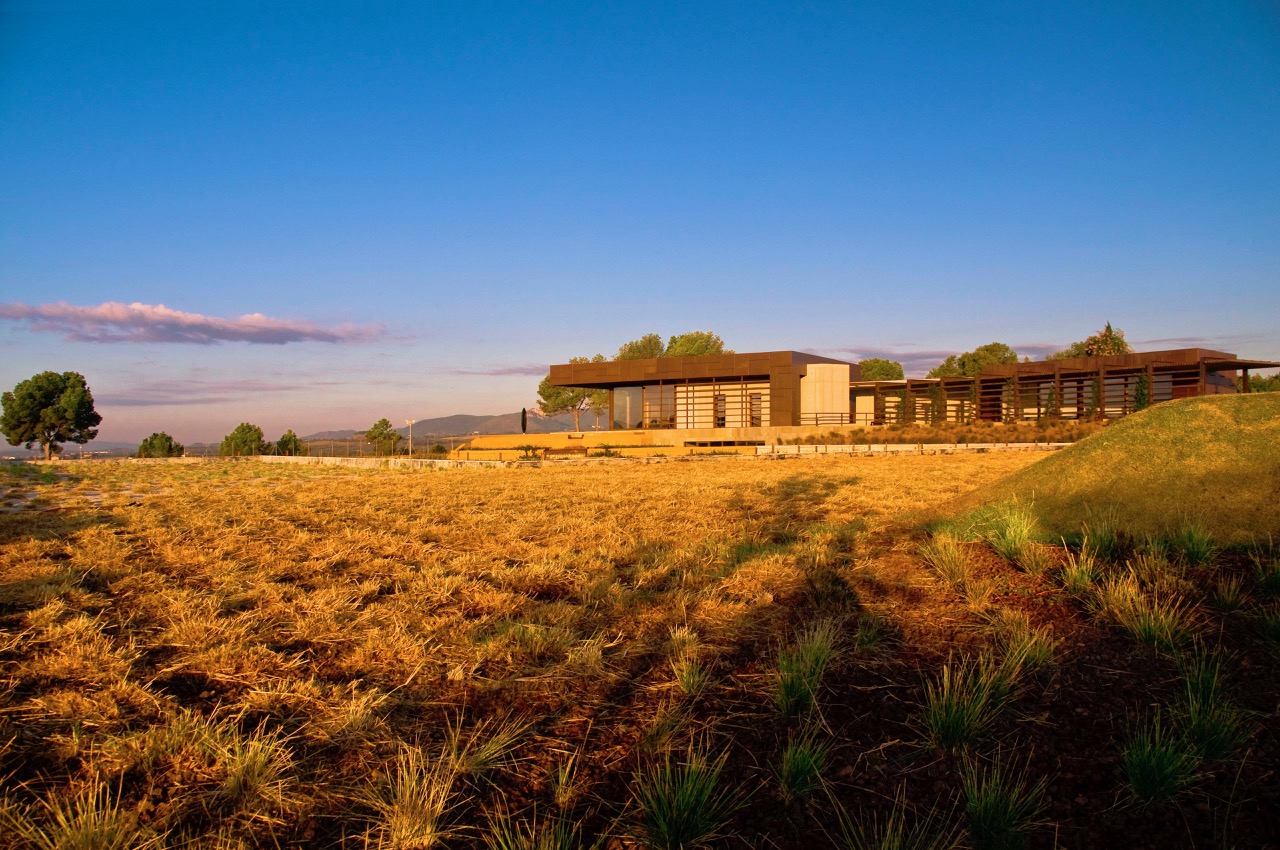 The picturesque Catalan wine region of Penedes, which is best known for its Cava sparkling wines, is an hour from Barcelona. As an idyllic home base, there’s the luxurious Mandarin Oriental Barcelona with its spa, the high-rise Melia Barcelona SKY with its new YHI Wellness Spa or Hotel Bagues, a small luxury hotel in a historic palace on Las Ramblas. This is the pedestrian street boasting the bustling Boqueria market and the Liceu Theater, which connects Gaudi’s gorgeous modernist achievements with the waterfront statue to Columbus. Vilafranca del Penedès—reached by car, train or on a Viator wine tour—is the place to experience the wine and architectural artistry at the extraordinary Waltraud Cellar for Bodegas Torres. This wine estate was established by the Torres family in 1870. Designed by Javier Barba of BC Estudio Architects in Barcelona, the GREEN tri-level structure has an underground cellar, cloister-like meditative space, a museum and tasting room with the spot’s finest wines. Go.