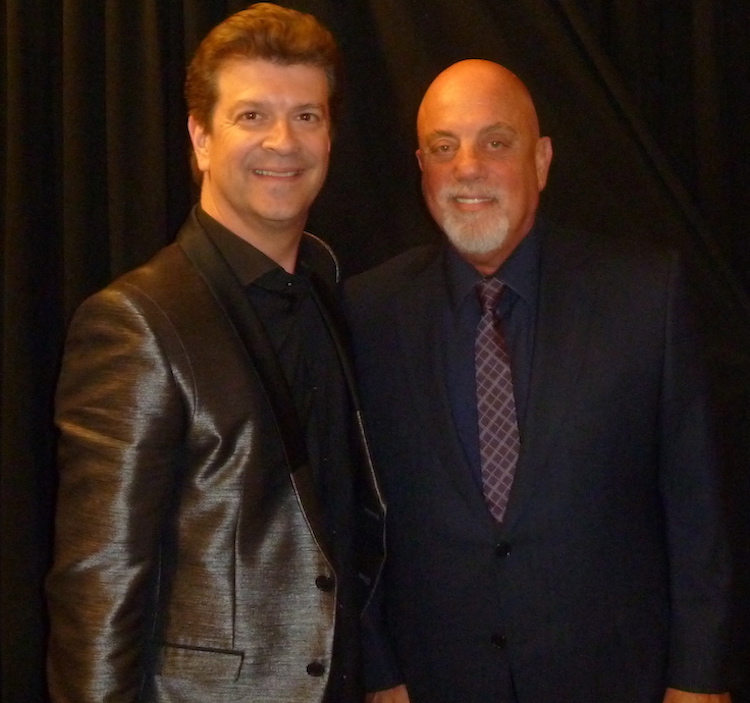 A Berklee-trained keyboardist, David Rosenthal has played with a wide variety of artists over the years—Cyndi Lauper, Robert Palmer, Rainbow, Yngwie Malmsteen to name a few. But he is best known as Billy Joel’s longtime keyboardist and musical director. He will play alongside the “piano man” when Joel becomes the first musical act to perform at the refurbished Nassau Coliseum on April 5.

Pulse: Are you looking forward to playing the newly renovated Nassau Coliseum?
David Rosenthal: Yes. Nassau Coliseum is such an iconic venue. There is so much history there and Billy has a lot of history there—we’ve played there so many times with him. It’s really one of the heartbeats of Long Island, as far as big concerts go. It was a shame when the news came that it was going to get torn down, so this is exciting that it’s back up. I look forward to seeing what they’ve done with the place and checking out the new version of it.

Does anything stick out as far as memories of playing the Coliseum previously?
Absolutely. The final show that we did there [on August 4, 2015] was one for the ages. I think it was over three hours long, and we did all kinds of songs that we hadn’t done in a long time. Paul Simon came up and joined us for a few songs. Billy wanted to send the place off with a bang, so it was a lot of fun. Aside from that, we did a run there in the late 90s—I think we did nine shows—and that was a blast. The crowds are always tremendous there. Of course, Billy has a lot of history from prior to when I was in the band; there is a Live from Long Island DVD [filmed in 1982].

How did you come to join Billy’s band in 1993?
I had heard through the grapevine that his keyboard player was leaving, and fortunately because of my previous experience, my name pops up in these types of circles when they’re looking for somebody, so it worked out that I was invited to audition. It was a closed audition—just me and one other guy and I beat him out. The first thing I did with Billy was to start rehearsing immediately for The River of Dreams tour. I had two weeks to learn 55 songs! 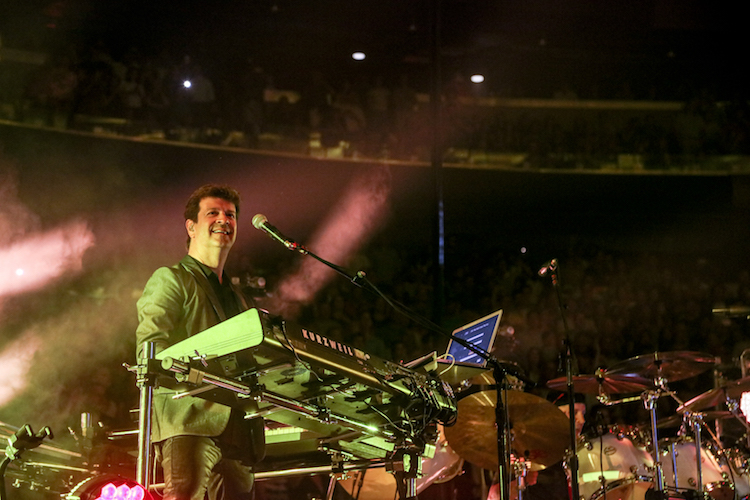 How would you describe Billy?
Billy is a great musician. He is probably one of the best musicians I’ve ever worked for. He’s a lot of fun. He loves spontaneity in the show, which is great because every show we do always has something different. Even when we do the same songs, they have a spontaneous energy to them. And there’s a spark and a realness to the whole thing, that we’re really up there playing and every night it can come out a little bit different. I think the crowd picks up on that. That part of Billy’s shows really makes it a lot of fun. He’s a great guy to work with and his music is timeless, so I never get tired of playing it. It’s really a tremendous catalog that he has. The enjoyment that we get playing his songs with him combined with the enjoyment that the crowd gets when we play these songs, it just makes for an electrifying energy. There’s just nothing like it; it’s really a blast.

Which songs are your favorite to play live?
That’s a tough one, because there are so many of them. Sometimes, the songs that are fun to play aren’t necessarily songs that have a lot of keyboard parts. So some of the songs have more intricate things that I need to contribute, but others, they’re just fun to play because of the crowd response. For example, a song like “Piano Man” doesn’t have a whole lot of keyboard parts—I just play the accordion part—but it’s so much fun to play because of the crowd response. But some of the other ones that I really enjoy playing that have cool parts in them are “Pressure,” “The Entertainer,” “Angry Young Man,” and although we don’t play it often, I love playing “Leningrad.” “Italian Restaurant” is great because that one has both elements: lots of cool parts and the crowd response is always tremendous, especially in the Northeast.

What are you currently up to?
Besides Billy, I’m also musical director for Ethan Bortnick; he’s a child prodigy. We had a lot of success with his PBS concert special called The Power of Music, which was filmed when he was only 12. We are currently working on another PBS concert special that will hopefully air this year. I am also working on correcting all of Billy’s sheet music, the entire catalog. It’s a big project and a long-term thing. I’m doing one album at a time. So far, I’ve finished Piano Man, The Stranger, Turnstiles, Innocent Man, and I just finished Storm Front. I’m going album-by-album, and will eventually be able to reprint the whole anthology, although the books that I have completed are already available for sale.