Encircled by Arab neighbors, the cradle of Christianity is Europe’s last undiscovered corner—most people can’t find Armenia on a map. Discover this tiny country’s giant will to prosper at home and in a city near you.

Chess is the national hobby

Chess is part of the school curriculum taught as a competitive sport, usually by teachers who also instruct military classes. Not surprisingly, Armenia regularly spawns chess champs, including Grandmaster Tigran Petrosian. Grandmaster, a Super Bowl victory in the chess world, is a title is held for life.

They are smarter than us

Armenia’s academic legacy is traced to its first school (instituted in 406 AD), which spread the Armenian language while teaching the art of translation. The country enjoys a 99-percent literacy rate (ask UNESCO; the global literacy rate is 86 percent). Armenians commonly hurtle themselves into the world’s prized academic institutions via foundations, scholarships, and with help from flush Armenian expats. Their number one exports seem to be brains. Their scholarly reputation is surely associated with their ancient and adaptable alphabet, whose 39 characters include two different sounds for e and r. Armenian is an Indo-European language that’s related to English and considered one of the most ideal because its alphabet portrays the sounds in the language perfectly.

The Connecticut-sized nation displays 4,000 temples. Several of their monasteries and churches are bewildering UNESCO World Heritage Sites—all enjoyed minus the endless lines that plague European tourist traps. Its religious structures are mostly on prime real estate—analogous to where America created its ultimate national parks and resorts. The setting of Noravank Monastery recalls Moab’s multi-hued majesty, but with 13th-century charms. Also situated in gorgeous mountains, the Vorotnavank monastic complex (1000 AD) was one of many Armenian think-tanks of the day. Armenia’s religious attractions are always open.

There are a few famous Armenians you might recognize

Cher’s dad is from Armenia (her mom is Cherokee Indian). The father of reality TV siblings, the Kardashians, was of Armenian descent. Same with English actor Andy Serkis’s dad. Tennis legend Andre Agassi’s dad was a former Olympic boxer for Iran who had mostly Armenian heritage. Viktor Hamazasp Hambardzumyan (1908-1996), scientist and astronomer, was one of the founders of theoretical astrophysics. His first scientific article was devoted to sun jets.

In 2009, a team of Armenian and Irish archaeologists found the world’s oldest brain in a burial site dating to 5000 BC while digging in southern Armenia’s Areni-1 Cave Complex . The well-preserved pre-teen skull was one of several found in clay pots. In following years, the world’s earliest known shoe (5,500 years old, a leather moccasin) and winery (6,100 years old, proving alcohol is more important than shoes) were also discovered. Other finds include a drinking bowl, a grape press, a cup and fermentation jars dating to about 6,100 years ago. The winding, circuitous 7,500-square-foot site will eventually close to the public for more exhaustive research and later re-open as a major tourist attraction. The village of Areni is still known for its wine production.

The high life is low cost

It also experienced a genocide

The country suffered a genocide executed by Turks before WWI that killed 1.5 million Armenians. This massacre still doesn’t get the recognition it warrants. Although this plight has received both academic and diplomatic attention, Turkey won’t recognize it as a genocide.

Ian or yan (transliterated from Armenian) is an Indo-Euro suffix showing belonging, as in the -ian in Washingtonian, Smithsonian, Bulgarian, Kardashian. 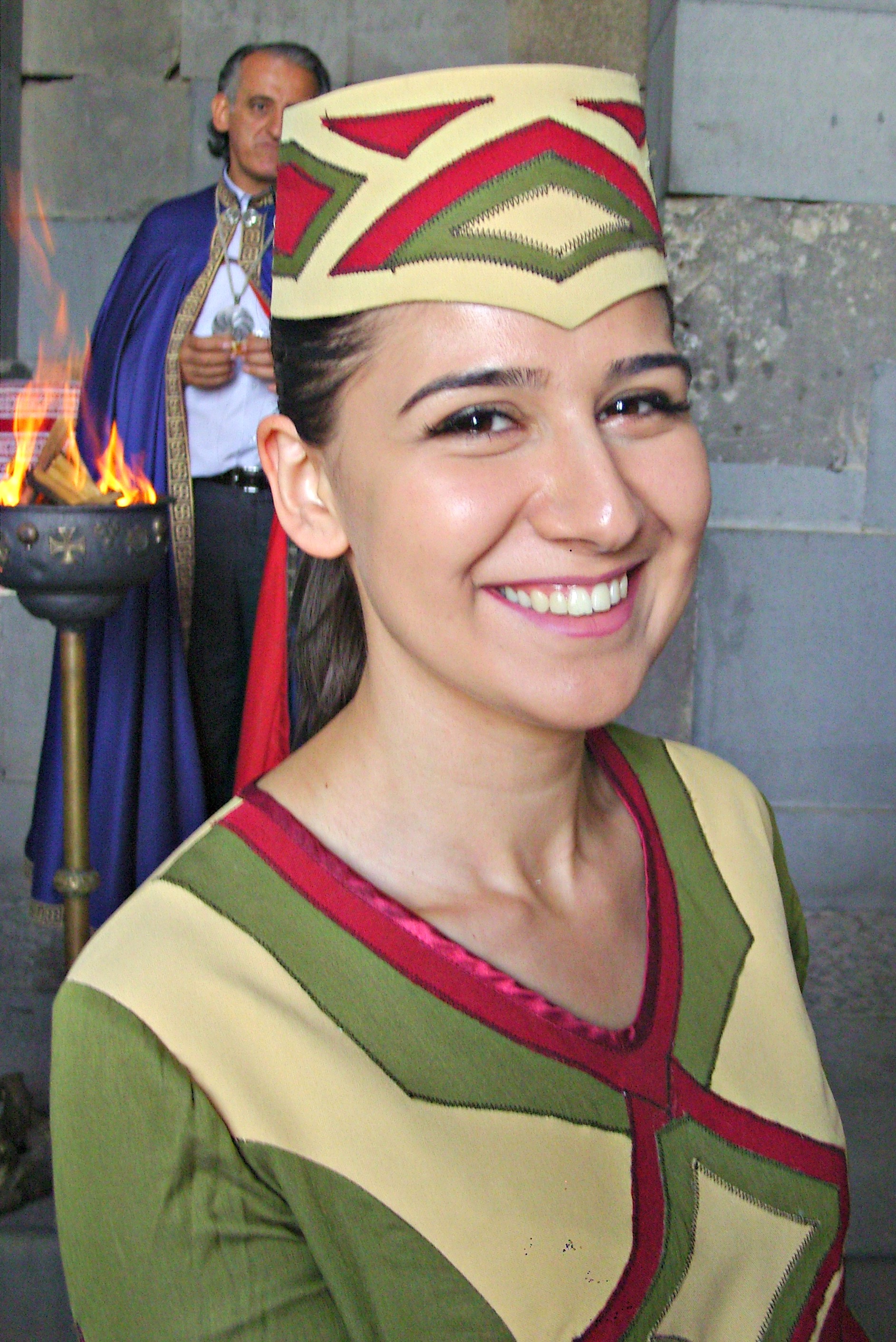 It’s the apricot hub of the world

Mountainous Armenia’s bountiful valleys are well-suited for growing apricots. Apricot’s scientific name, not oddly, is Prunus Armeniaca (Armenian plums). Unlike the natives, visitors chomp right into them. Locals, however, first pry them open to check for worms first, because Armenian apricots along with all produce are organic and non-GMO, without a price hike. Armenia exports approximately 20,000 tons of apricots every year, mostly to Russia, Georgia and Belarus. Plus, they also make brandy out of them.

You can fly without an engine here

Armenia’s 300-plus days of sunshine each year illuminates hundreds of denuded mountains that are above the tree line making this awesome patch of earth one of the best places to paraglide, either as a rookie or a weekend warrior flying tandem with a pro.

You probably already know an Armenian

Armenians have resettled many corners of our planet—not just Los Angeles. Continuously deported in waves from their motherland since the 11th century, Armenian communities and their customs prosper today in established colonies (as in building churches and schools) in Argentina, India, the Philippines, Romania, the U.S. and Ethiopia. And not surprisingly, Jerusalem has an Armenian Quarter—in 1924, Ethiopian Emperor Haile Selassie observed Armenian Churches having a strikingly similarity to his homeland’s houses of worship.

They have a big building block for American diplomacy

Until the completion of Iraq’s American embassy in 2008, The U.S. Embassy in Armenia, built 2005, was the world’s largest. Current U.S. Ambassador Richard Mills was formerly the doorman at a Detroit retirement community.

Bruce Northam is the author of THE DIRECTIONS TO HAPPINESS—this 135-country quest for life lessons doesn’t just push the envelope, it shreds it. Check out his alternative keynote on AmericanDetour.com and follow him on Facebook.