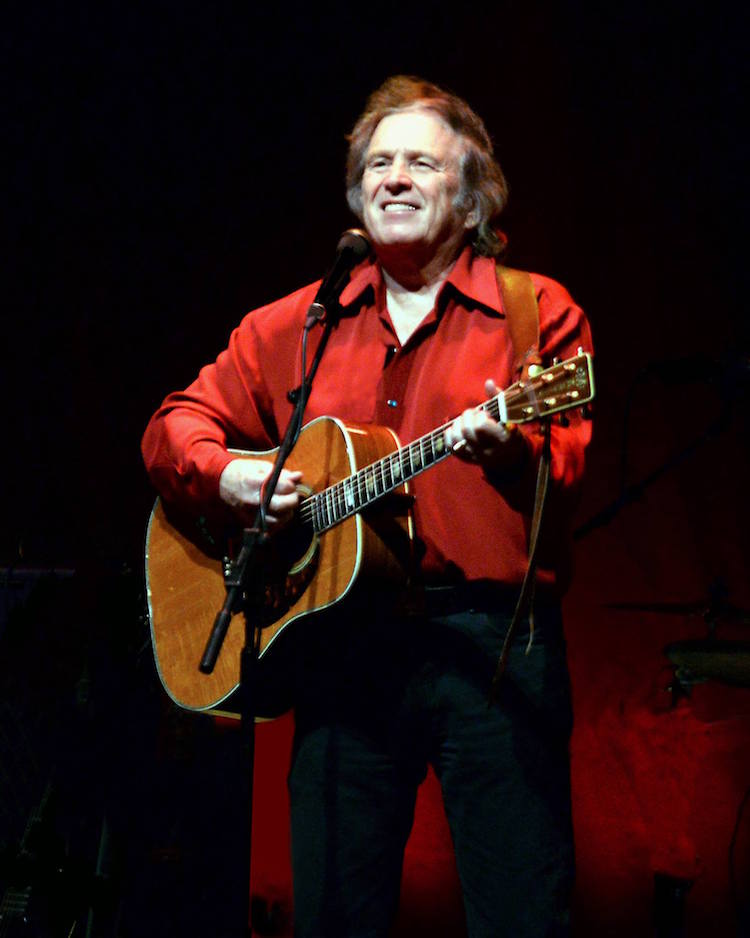 As the writer of two of the most beloved tunes from the early 70s folk/singer-songwriter era (“American Pie” and “Vincent”), as well as a tune that has been recorded by everyone from Elvis to Perry Como (“And I Love You So”), Don McLean certainly carved his own undeniable niche in popular music. And he’s still strumming and singing all these years later: he’s headlining a performance at Manhattan’s BB King’s on April 6.

Pulse: From what I understand, you are from New York originally.
Don McLean: I grew up in a place called Larchmont Woods, which was part of the city of New Rochelle… And one of the interesting things about where I grew up is that there were about 50 to 60 acres of forest that we all played in when we grew up. Back in the old days, people realized that a certain amount of greenery was necessary in order to recover and relax and the spiritual aspect. We had Larchmont Woods and we had our homes all around. There were big homes and small homes, but they were all done very nicely. Some of them were Tudor mansions and some of them were small bungalows, and yet, we had these wonderful woods that extended for a very long area. And as I was growing up, more of that got eaten up as developers moved in and took a bit of it here and a bit of it there. Before you knew it, it was all gone, and that was the time when I was no longer there. But that was part of my life.

Then of course, New Rochelle had a lot of stars that lived there. I was born in 1945, so in the 50s, most of show business was still on Broadway and TV was still in New York. Everything was in New York City. So, we had a lot of people living around New Rochelle—Lou Gehrig in the old days, then Willie Mays later on, Richard Tucker who was in the opera and TV stars like Paul Winchell. You never knew who you’d see.

All these years later, do you still enjoy performing all the old classics?
I really like making people happy. I enjoy communicating with people. And people pay a lot of money to come and see you. If you have that sense of enjoyment and that love for people and for just creating a hell of a good evening for people… you don’t really think about how many times you’ve sung the song. It’s like, somebody who makes a wonderful cake doesn’t think how many times they’ve had to measure out the flour and the eggs, y’know? That’s part of what they do to make the cake is make people very happy…or in my case, the pie! But I do enjoy it very much. Being a professional, it’s not really my job to shirk my responsibilities to the audience by letting my personal preferences or my personal problems enter into things. My job is to be there to excite and entertain and take people on a musical journey.

What can fans expect at the upcoming show at BB King’s?
We have a five-piece group, six of us in total on stage. And we can rock double guitars, and we can be quite loud and quite electric and quite rock n’ roll when called for. And then, I can also pair down to a couple of guitars, or it’s just me singing solo…or perhaps just singing with a piano for a few numbers. It’s quite dynamic. I’m able to cover all the songs that I’ve written and recorded, whether they are loud songs or quiet songs. Pretty much like they are on the records.