The famous saying “never judge a book by its cover” can certainly apply to John 5. As the guitarist for Rob Zombie and a hired gun for the likes of David Lee Roth and Paul Stanley (among many other rockers), he can easily be mistaken as just a metal shredder. But by inspecting John 5’s solo albums, including his latest, Season of the Witch, it won’t take long to discover he tackles a variety of styles. Fans will be able to witness it all live on April 7 at Blackthorn 51 in Queens.

Pulse: Let’s discuss Season of the Witch.
John 5: This album is completely different from the previous albums. Times have changed so much—I have a 13-year-old son, and I watch what he and his friends do, and they just watch music nowadays. Meaning, when they want to listen to music, they go on YouTube. Even downloading now is a thing of the past; it’s all streaming and YouTube. What I did with this record is I made a new song and video once a month for about six months because everyone is going to “cherry pick” anyways. When it comes out on iTunes, they just pick the songs they want so…I gave the fans a new song and video. With all of them gathered up, it’s well over a million views or two million. And there is no way that anyone is getting a million spins on radio. Nobody. It’s a different time. I did heavy stuff, western swing…the album goes in all different styles of music. It’s a lot of fun. There’s a little something for everybody. That’s just who I am—I love all these different styles of music. And it’s from the heart. I think fans really latch onto that.

Let’s discuss memories of some of the artists you’ve worked with, starting with David Lee Roth.
One of my heroes. Van Halen was one of—and still are—my heroes. It was an amazing experience and one of the most challenging, for sure. Because when we go into the studio, he says, “If you can’t do it in two takes, you can’t do it.” I love him.

Rob Halford.
Maybe one of the greatest vocalists ever. He was so professional, too. He’s been doing it so long and he knew what to do and what not to do. This guy knew all the answers. It’s like if you’re going to a certain place, you know all the shortcuts, and you know how to get there, because you’ve driven there a million times. It was a real pleasure. 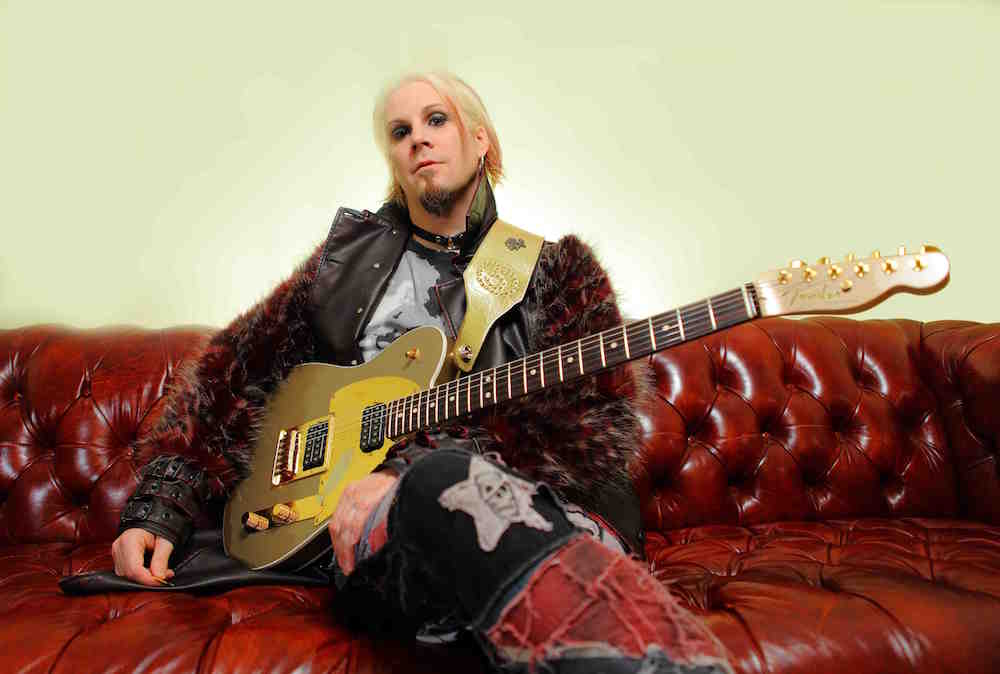 Paul Stanley.
One of my heroes. I love Kiss… It was really great to be a part of “Kisstory.” And I’ve known Paul and these guys forever. But to be on record really was a huge accomplishment in my life. And I did it with Ace Frehley, too, and was on his last record. Being a part of that is something very special to me.

Marilyn Manson.
That was the guy who gave me my name; he’s the one that came up with John 5. And he is responsible for people knowing me all over the world. I wouldn’t change anything, and I’m so fortunate that I was a part of Marilyn Manson for about five years. It was so huge—it was like New Year’s Eve every night.

Rob Zombie.
The best. He’s my favorite singer, my favorite performer. I wouldn’t be in any other band. Zombie was my favorite even when I wasn’t in Zombie. Just the whole horror movies and music…it’s who I am, as well. And the grass is not always greener—I’ve gotten a lot of offers to do other gigs, and I will never go anywhere else until he fires me. It’s the greatest gig in the world.

What can fans expect at the upcoming show at Blackthorn 51?
I’m going to try to get Peter Criss up there to play. He’s my friend; I’ve known him for 20-something years, and I want to get him down to the show and get him on drums for a song, and hopefully, we’ll make that happen. But the show is so much fun—it’s like an instrumental Alice Cooper show. It really is a blast. There’s all kinds of music that go on, too, so you don’t just get bombarded with all these things going on. The guys are bringing their girlfriends to these shows, and they’re like…they don’t want to go, but they end up loving it! …We do this medley that’s eight minutes long of all your favorite heavy metal songs. It’s a whole new show from the last time I played New York.