“Your breakfast is on the table, young lady,” James Gray told his daughter while on the phone from his Los Angeles home on Oscar Sunday. “I’ve made my three munchkins these homemade waffles and my eldest son’s reaction was, ‘Daddy, I like the other ones better,’ referring to the frozen ones. No good deed goes unpunished!” The family man and Queens native was gearing up for the April 14 release of his most ambitious film, The Lost City of Z, the true story of English explorer Percy Fawcett who disappeared in the Amazon in 1925 while searching for a hidden civilization. All of Gray’s previous films have been set and shot in his beloved New York. Trekking into the Colombian jungle was an “arduous” undertaking. But it resulted in a stunning adventure that, although exotic, echoes his own journey growing up in the outer boroughs, a stone’s throw from the bright lights of Manhattan.

You are first and foremost a storyteller. What attracted you to Percy Fawcett’s story?
It’s hard to find a good story. I found Fawcett to be a very compelling, heroic person, but also conflicted and troubled. He was looked down on because he wasn’t from the right social circles. I related to it because if you’re a boy from Queens and you have to take the train into what is the center of the world, Manhattan, I felt shut out of it in a lot of ways. I was just a train ride away but it didn’t feel that way. I relate to that in Fawcett, the whole idea that he’s not let into the inner circle.

Fawcett’s voyage into the jungle harkens back to one of your inspirations, Francis Ford Coppola’s Apocalypse Now. Was that movie on your mind while making this one?
Francis Ford Coppola is a true hero of mine, but I didn’t want to rip him off. When I first started the project I looked at the movie, but then I tried to forget it. Fawcett’s story is more varied than Heart of Darkness—he comes back to England several times, he fights in the war. The Amazon is really only a stand in for his need to escape. In the end, I did want to imply there was some measure of his escape that finally did succeed because he’ll be memorialized forever in this state of limbo. There’s something beautiful and magical about that.

All of your previous work, including your last film, The Immigrant, were about New York and filmed there. How was the experience venturing to the jungle for The Lost City of Z?
I did not underestimate the difficulty of filming in the jungle. What affected me was that I didn’t have a place to go after finishing shooting. In the jungle, when you’re not shooting you’re still worried about the very strange blue frog on your bedspread that can kill you. It’s a rather existential thing—it felt like there was no escape. After about three to four weeks a sort of cabin fever started to set in. It was mentally trying but when I’d wake up I’d say, “OK, just get through this day.” 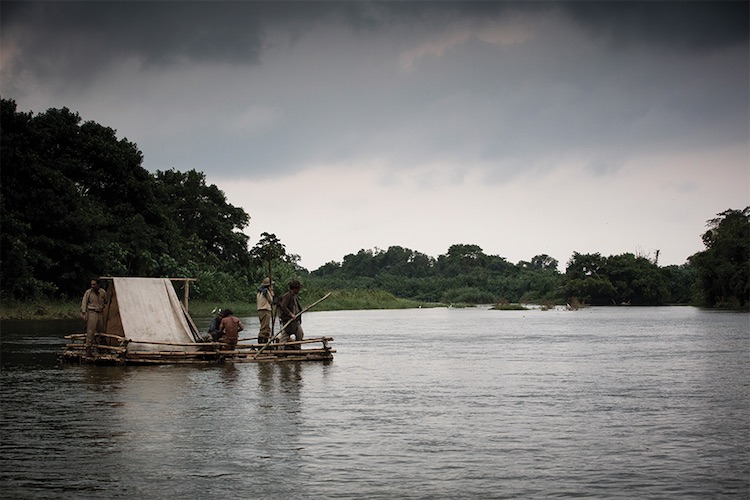 The beginning of the journey in James Gray’s The Lost City of Z.

Was it like that for the cast as well?
Fawcett was very much a loner, driven and slightly mad, and that’s who Charlie [Hunnam] felt he was going to be through the entire shoot. He lived in isolation and really focused on that kind of solitude. He’s a laugh riot, but on the movie he was obsessed with the part.

How did your New York upbringing impact you as a filmmaker?
It seems insane that my parents let me do this, but I was 11 or 12 and I would take the train by myself to Times Square to a revival house called the Hollywood Twin. I would get out at 45th Street and 8th Avenue—back then a really tough neighborhood—to watch these fantastic old movies. I got an amazing education by the time I went to film school. There was a tremendous street culture and you couldn’t help but be swallowed up by an artistic movement or witness something truly spectacular. New York is so vivid and alive—the population density itself is great because it forces interaction. You can walk down the street and you can discover something. In Los Angeles, you have to know about something beforehand and drive to that location. The sense of discovery is more muted. And discovery is crucial to creativity. 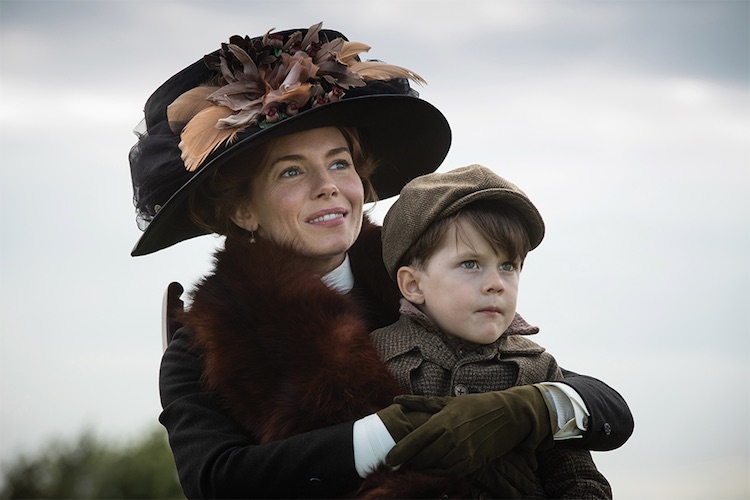 Did you spend time on Long Island growing up?
I sure did. Just as Manhattan was a certain magic, Long Island was a different kind of magic. All my friends who moved out to Long Island—to Roslyn, to Great Neck—had tons of room and pools. I was always jealous because we never had anything. I lived in a semi-attached row house in a working-class neighborhood. I could go out to Long Island and play catch in the backyard. There was a huge amount of land and greenery, and it felt like heaven had descended upon the earth. Now thinking about it, both Long Island going out toward Montauk and the Hamptons, and going inward toward Manhattan seemed like joy and I seemed stuck in a purgatory called Queens. I’m underrating Queens—it’s becoming a very interesting place—but in the day, where I grew up was essentially Archie Bunker’s house.

The experiences of your grandparents influenced your last film, The Immigrant, about a Polish immigrant to New York. What do you think of our country’s current attitude toward immigrants?
I had grandparents who didn’t speak English and had come through Ellis Island. Growing up, the history of my family felt present to me, even as I tried to push it away and become an American kid. [With The Immigrant] I feel I was prescient—I was reading in the paper about people “likely to become public charges,” and that’s literally the movie’s dialogue. They don’t even count her humanity. This nativism is rooted in pure bigotry and it’s such a misreading of who we are. The great things the United States has achieved were mostly the product of people who came here escaping oppression. That we have stopped welcoming that is a tragic message. It’s a profound heartbreak for me. 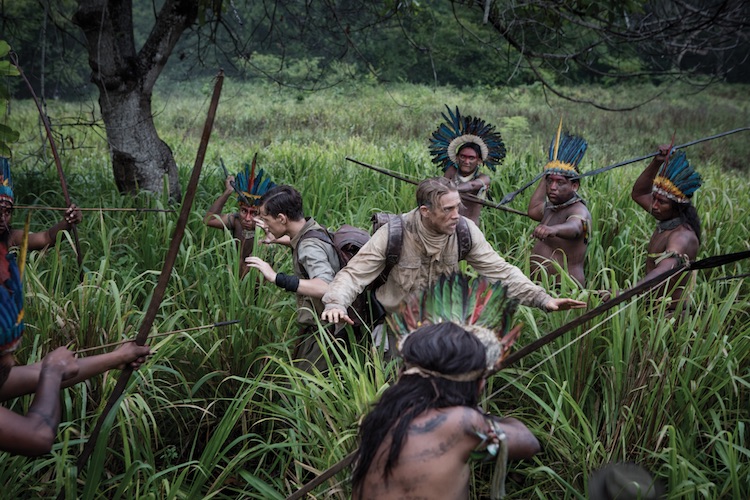 You’re now in pre-production on your next film, the science fiction project Ad Astra. What can you tell us about it?
This is truly a Heart of Darkness idea about a man’s voyage deeper and deeper and deeper into space. It’s quite frightening when you think about what it means to be exploring out on Mars and later near Neptune and what it’s going to mean for us psychologically as a human race where we can see the Earth only very slightly and then not at all with our eye. It’s a very different kind of science fiction than has been done before and I have absolutely no idea how other people are going to respond to it, but I’m excited to explore it. It’s my attempt to make the most realistic film about space travel that has ever been made. I have high hopes for it. Brad Pitt has not officially signed on yet but it looks like that’s headed in the right direction.

The Lost City of Z deals heavily with the theme of destiny, that Fawcett is fated to go on this journey. Do you feel like that in terms of the stories you’ve been led to tell?
I’m a big fan of the classics—like the Greeks. They figured out all the answers thousands of years ago. What’s beautiful is in the end it’s not what’s going to happen, it’s how did it happen, and that’s the big difference in how you tell a story. Good drama, which is what I aspire to, is about the “how and why,” not the “what.” That’s inextricably connected to this idea of fate and the unfolding of our lives—we don’t have as much control over it as we’d like to think.