The human body is a well-developed machine unlike any other created by nature or nurture. Left alone, it is capable of all the tiny miracles needed to sustain life. But the human body is, in a sense, elastic, capable of being stretched to nearly unimaginable limits. When that occurs, a new machine is born. Many have pushed physical limitations to the edge in order to create new bodies, finer forms capable of what mere mortals only dream of. A few have done so from the comfort of our Long Island shores, reaching international acclaim in their targeted disciplines. 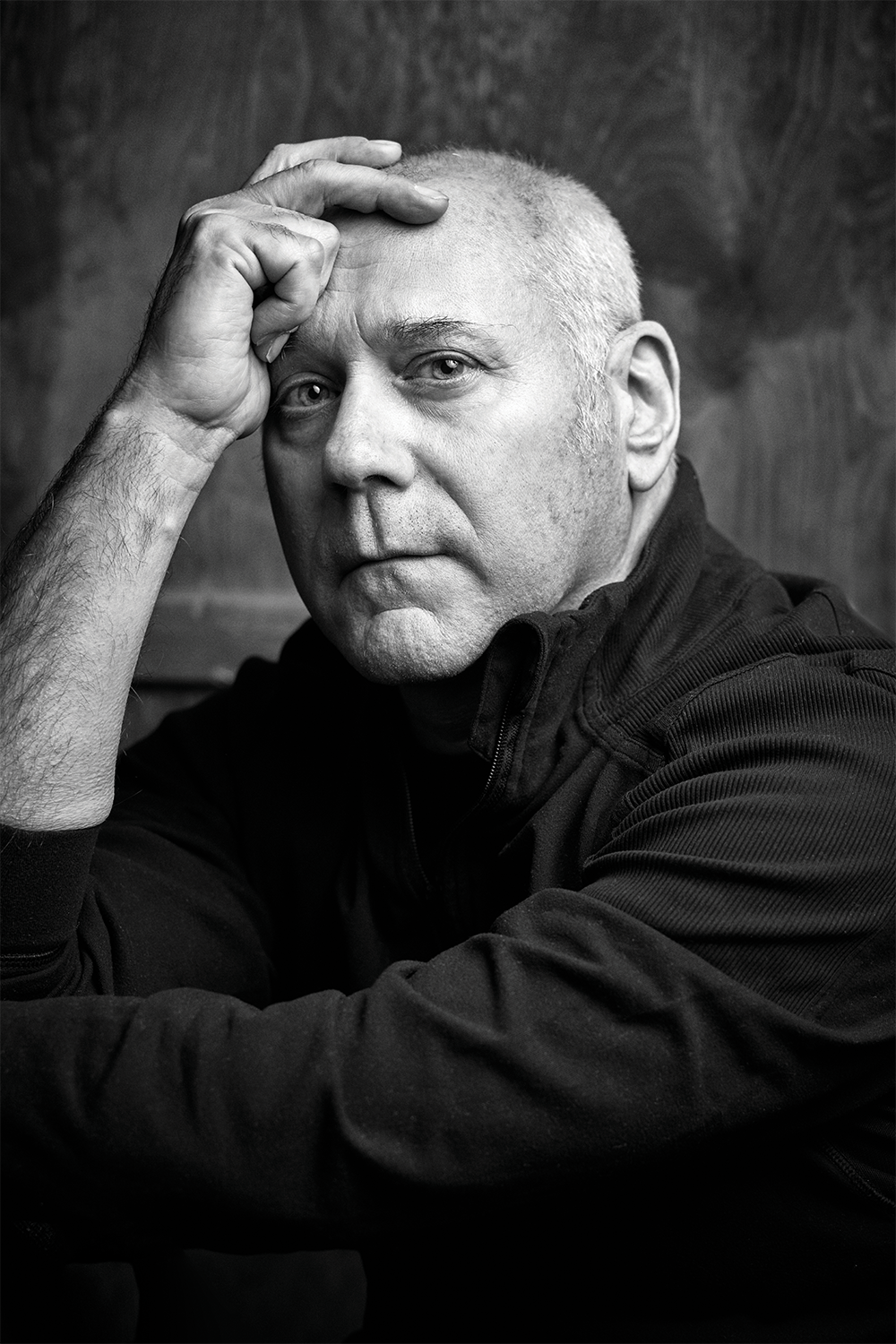 “Seasoned performers understand how to live in two parts of the body simultaneously: one part allows the dancer to live intuitively and freely in the material they are dancing, to get lost in the moment of movement. The second part is always monitoring the body’s needs at the same moment. It is heady stuff and a vital part of how a dancer trains their mind as well as their body,” said Doug Varone, the dancer and choreographer who has been living in two parts of his body for more than 50 years.

He began dancing at the ripe age of six in a Plainview studio before earning a BFA in dance from Purchase College and moving to the city where dreams are made. By exercising his other limber muscle, his mind, the imaginative artistic director of Doug Varone and Dancers compiled a portfolio recognized for its emotional range, kinetic breadth and diversity. “The vocabulary that I use to create my dances is very physical and comes from an intuitive sense of what is needed in the moment of creating,” he said. “I use every part of my body to express what I am feeling and thinking. Much like human body language, I make choices that make sense in terms of what I am trying to express. These choices can be as tiny as a hand gesture or as large as a fall to the ground.”

His body, a vessel of expression, is ever adapting. Age stretches Varone’s desires and the requirements of his physique. He remains sharply disciplined with a routine that centers on both mind and body. Vigorous six-hour dance rehearsals are balanced with Pilates sessions three-to-four times per week. Since he is no longer focused on daily dance classes as he was in his youth, Varone turns to physical therapy to ward off injury and promote flexibility as his muscles mature. 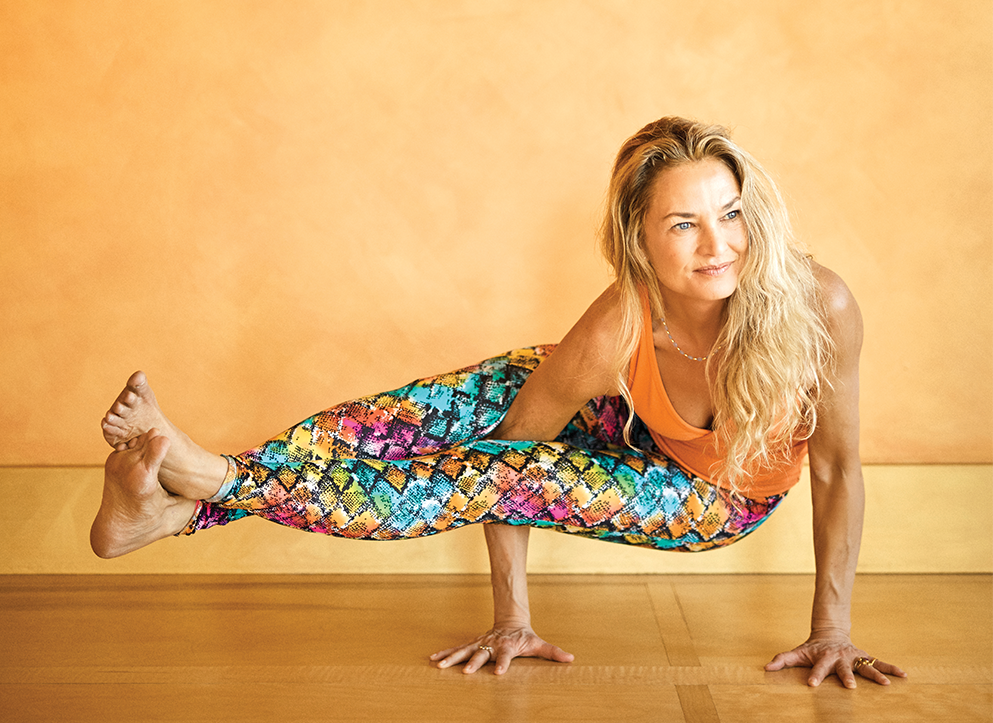 Growing up as a jock with five brothers, the idea of stretching and chanting “om” was the antithesis of Colleen Saidman Yee’s definition of physicality or what it meant to be strong. At the insistence of a roommate, she went to her first yoga class. More than 30 years later she is “the first lady of yoga,” a title bestowed upon her by The New York Times.

So what happened? “My body was so stiff from all of the sports that I’d been playing and the miles of pounding the pavement in my running shoes,” Yee said. “Those yogis had something I wanted and I ended up humbled and curious. But the biggest surprise was how I felt afterward. I can only describe it as magical and sacred. I felt alive, present and aware.”

Since that first trip to the studio, yoga has become a lifestyle for the Sag Harbor resident. This dedication has procured a physique simultaneously lean and flexible, yet firm and forceful. “[Yoga] keeps you supple and strong. The movement along with the holding of poses keeps the muscular body in great shape. The multitude of poses strengthens every muscle and requires the body to stay supple.” The practice also creates a great range of motion and refined coordination of joint movements.

Yet many of yoga’s physical benefits go unseen. “Relaxation, good digestion, easy respiration, optimum circulation for everyday living, a calmer nervous system and a more positive outlook on life are hallmarks of the practice.” 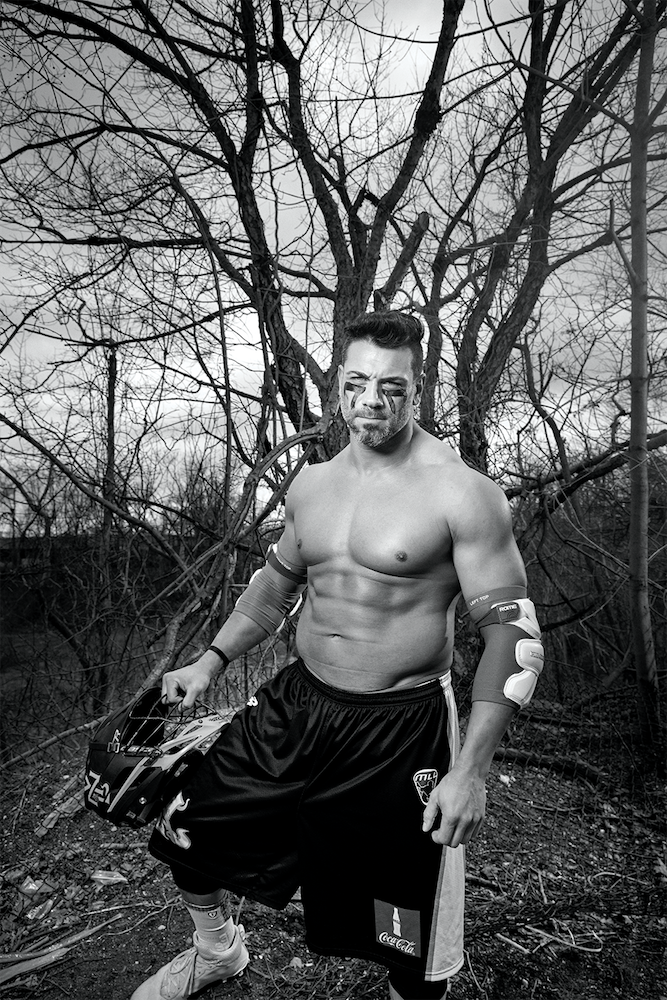 Strength and flexibility don’t usually go hand-in-hand. In fact, they’re antithetical. The muscle needed to break down walls is not well suited for the malleability needed to avoid them. But during a lacrosse faceoff—in which a ball is placed on the ground between the sticks of two opposing players as they try to wrestle away possession—those two traits are critical. And no one in lacrosse has both the strength and flexibility of Greg Gurenlian.

“The goal for a faceoff is to gain leverage immediately on the whistle and have the technique and the hand speed,” Gurenlian said. The New York Lizards midfielder accomplishes this by combining the force of his 6’1”, 235 pound frame with unmatchable flexibility and lightning-quick reflexes.

But the Lizards’ star player didn’t always have the physical traits he now utilizes—they were manifested during a collegiate transformation. Fascinated by the human body and mentored by his team’s strength coach, Gurenlian made eating a full-time job. “I was always very strong and fit but it was hard for me to put on weight at a young age. When I got to Penn State, they would make me eat 10,000 calories a day.” By the time he graduated, Gurenlian had gained 40 pounds and it was solid.

As a faceoff specialist with a very focused role, Gurenlian sacrifices some of the common physical attributes of other lacrosse players in favor of perfecting the biomechanics necessary for success. “From a scientific standpoint, my approach is based on leverage and angular momentum…I don’t need to run up and down the field and have as much endurance as a standard [player], for me it is more about power and flexibility. The hierarchy is flexibility and mobility first, then your power and fast-twitch muscle, then you have your endurance.” 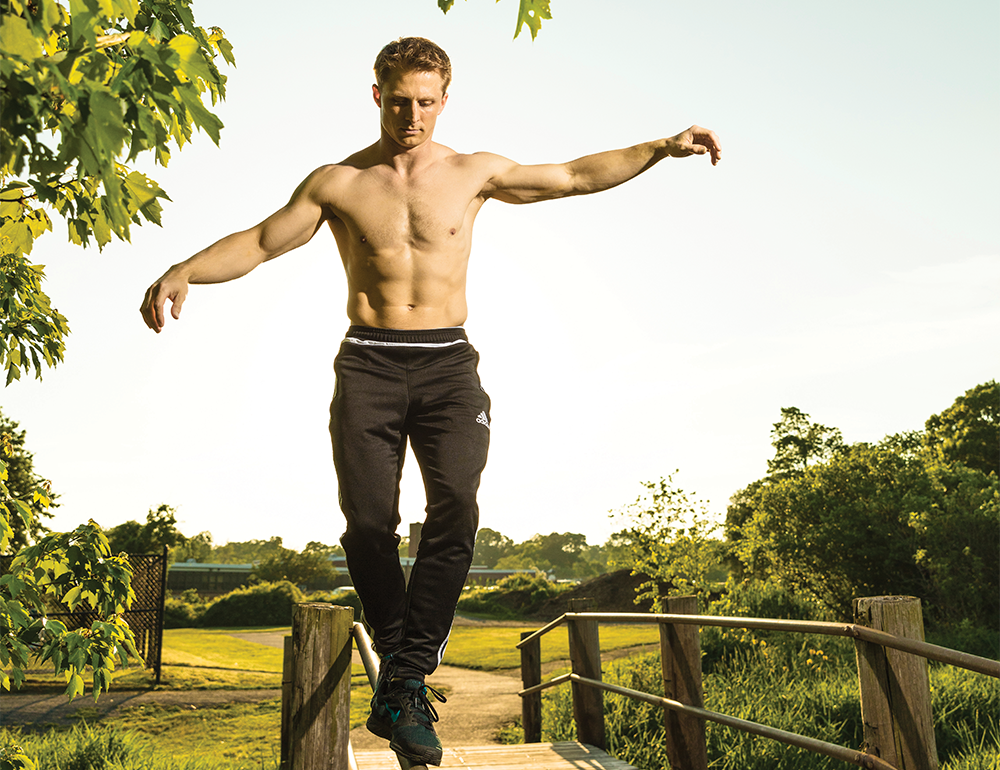 Having what it takes to compete on the heart-racing obstacle course competition show American Ninja Warrior is no easy task. The pursuit is an all-encompassing physical test. Disciples of the sport are religious in their training, fueled by a passion to reach peak physical achievement—regardless if they secure a spot on the show or there’s no competition in sight.

For veteran contestant and Babylon native Justin Conway, his body is an instrument for conquering these courses. Conway relies on his body weight to train all his muscle groups, particularly areas that are overlooked in a traditional gym routine. “It’s all about increasing overall function,” he said. “I don’t spot train any one area of my body. I use Callanetics work to target many different areas of my body at once.”

The goal is having fluidity in movement. Jumping, climbing and hanging are hallmarks of the obstacles, making flexibility essential and weight lifting detrimental to a warrior. “It’s important in this sport to be able to support and throw your own body weight. I don’t want to be bulky.”

Conway sneaks in workouts through the day to hone his finely chiseled physique. “I have a pull-up bar in the doorway of my office…throughout the day I try to make sure I get in at least one hundred pull-ups. Anytime I get up for water, or a bathroom break, I will do twenty or thirty pull-ups. It’s only a minute here or there, but at the end of the day I squeezed a lot into my training.” After working a full day, it’s not uncommon to find him at a local gym practicing the obstacles at 10pm, occasionally training until 1:30am—or until he cannot push his body further. “It’s about increasing challenge, not reps.” 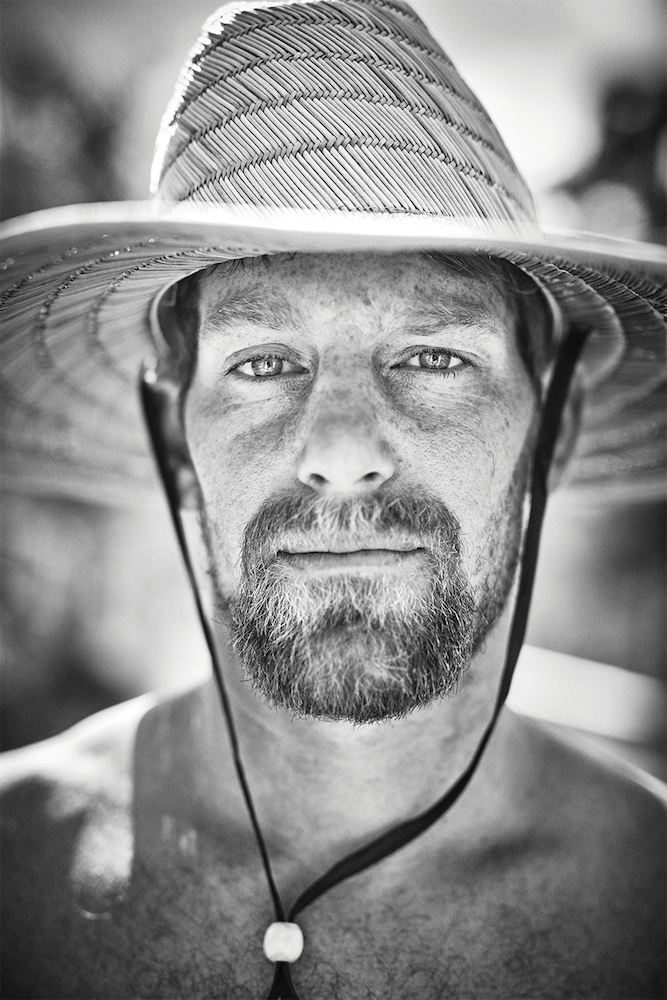 When maneuvering the swells of Nazaré and Maui, precision is requisite. Limber muscles fine-tuned through years of practicing the sport of surfing work together in intrinsic flow. A surfer’s mental alertness to harness the power of Mother Nature must align with the physical art of catching the energy of a wave. Strength, balance and stability are at the heart of a surfer’s body that is defined by its long, lean muscles and strong core.

For 31-year-old Long Beach resident Will Skudin, “There is no better training for surfing than to surf.” Conditioning his muscles, mind included, requires hours spent in the water. He swims and surfs regularly between two-to-eight hours daily, helping achieve the quintessential swimmer’s body to propel him through the waves. Weight lifting is shunned—bulk is the enemy of a professional surfer. It’s all about sleekness. The lightness of being required mentally and spiritually must translate to being light on one’s feet.

No gym routine could match the unpredictable animal that is the water, where Skudin has spent much of his life. “You could be the most elite athlete out of the water but it really won’t reflect on your performance in the water,” he said on the heels of recently becoming the first surfer from the northeast to secure a permanent position on the World Surf League’s prestigious Big Wave World Tour.