As a freewheeling capitalist economy overshadowed by the looming presence of mainland China in the 21st century, Hong Kong’s spirit remains indomitable. Its vibrant energy is also what makes it one of the world’s great travel destinations. Hong Kong’s multicultural society provides fascinating insight into the history of the formerly British enclave half a world away from Buckingham Palace. Beyond the obvious presence of Europeans, the meld of various Asian and Chinese cultures less apparent to western eyes displays an intricate weave in the Special Administrative Region’s social fabric, not to mention an explanation for the many ingredients of all those delicious meals for which Hong Kong is justly famous.

Despite the lingering British presence, it was actually Portuguese explorer Jorge Álvares who was the first documented European visitor to Hong Kong. The “fragrant harbor” from which Hong Kong takes its Cantonese name was undoubtedly less frenetic in 1513 when Álvares arrived. Today, Victoria Harbor is one of the busiest ports in the world. For many visitors, it is the commercial activity that makes Hong Kong so appealing. Case in point: the global financial hub ranks fourth on the world list of millionaire households (behind Switzerland, Qatar and Singapore). The quality of life is high and Hong Kong residents have one of the longest life expectancies in the world. 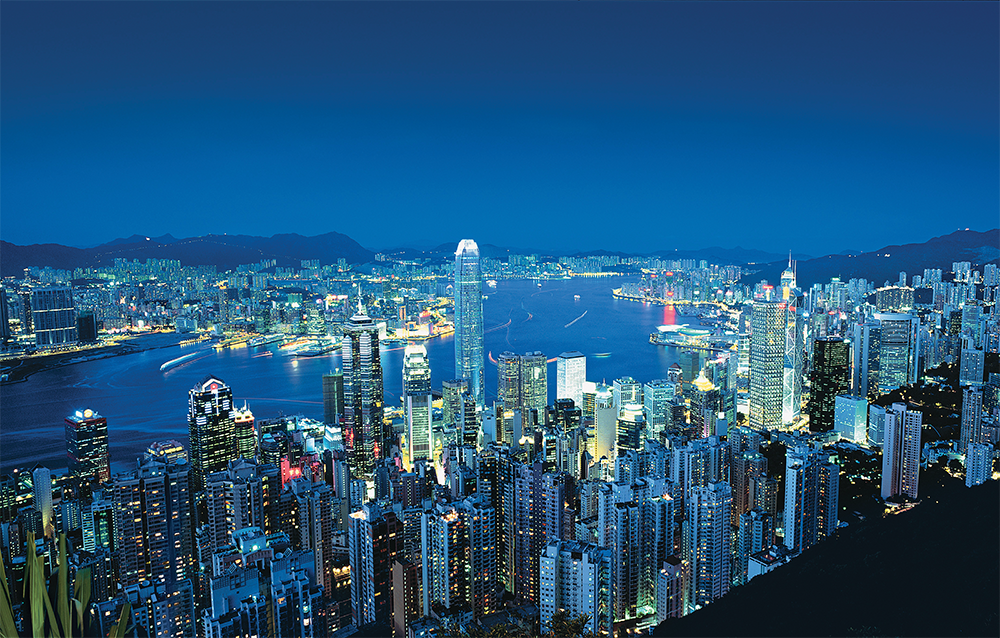 Hong Kong, officially known as Hong Kong Special Administrative Region of the People’s Republic of China (HKSAR), is renowned for many things. But foreigners are hard put to name a single attraction beyond Victoria Peak, if they are even aware of that one. This comes as no surprise in a place where the people are the main attraction, for it is they who operate the Star Ferries, who welcome guests into glamorous hotels, who assist with shopping choices and who smile while offering cool drinks that serve as the perfect elixir to the heat and humidity of a summer’s day. It’s not that Hong Kong suffers from a dearth of diversions either. International trade fairs such as Art Basel’s Asia edition, leisure events such as the Taste Of Hong Kong and sporting events (especially the annual Hong Kong Sevens rugby championship, which sends the city into a frenzy akin to the World Series or Super Bowl in the U.S.) attract thousands of visitors each year. 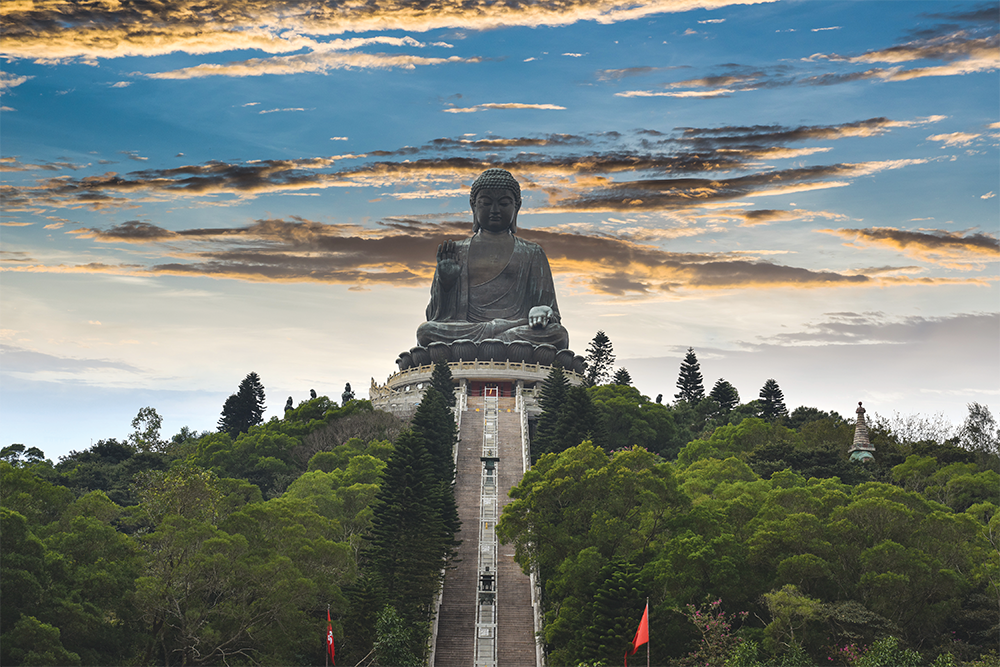 The Big Budda statue is located at the remote Po Len Monastery.

The large art and science museums are interesting enough, but Hong Kong’s most unusual museums are the ones that best show off the territory’s unique history in the modern world. The Hong Kong Museum of Medical Sciences is a peculiar institution on the edge of Caine Road Garden in an area of the city where few visitors venture. Admittedly not for everyone, the museum housed in a handsome, colonial-era building welcomes visitors curious to know more about the treatment of human ailments, providing interesting displays showcasing early development of the field of medicine. At the beginning of the 20th century, Hong Kong was a leader in medical research, and to a certain extent remains so to this day. Further afield are the Chi Lin Nunnery and Nan Lian Garden in the area of Hong Kong known as the New Territories. Chi Lin Nunnery is a temple complex consisting of wooden halls exhibiting a variety of objects, including numerous statues devoted to Buddhism’s most cherished figures. The adjacent Nan Lian Garden is a public park built in the same style from the Tang dynasty as the Nunnery. The duo serves as an afternoon well spent in introversion and spiritual quietude.

Hong Kong’s architectural patrimony, a mix of colonial-era and modern masterpieces, offers a diversity reflective of the city’s history. I.M. Pei’s Bank Of China building is one of the most recognized buildings in the world, yet few observers take in the subtle inspiration of the humble bamboo shoot that informs the building’s exterior. Rising more than 1,000 feet, the BOC Building was at one time the tallest building on the continent.

One of the most celebrated views of Hong Kong’s skyline comes from the Kowloon side of the harbor looking back to Hong Kong Island. The Star Ferries, a cherished Hong Kong institution and one of the city’s most authentic experiences, provides transportation between the Kowloon side and the island (the two are also connected by tunnels for automobiles and Hong Kong’s excellent MTR rail network).

A small structure that now serves as a museum located amidst the greenery of Hong Kong Park is a pleasant stroll from The Landmark Mandarin Oriental Hotel. The Flagstaff House Museum of Tea Ware, one of Hong Kong’s most beautiful buildings, is a quintessential cultural experience. In a way, the Flagstaff embodies Hong Kong itself, a place of history and landscapes equally dramatic where the juxtaposition of cultures is embodied in a beautiful, manmade structure. Located on the edge of the Central district, the former home of the commander of the British forces in Hong Kong has been restored to its original grandeur and is now full of eclectic and valuable works of art dedicated to a refined aspect of local society. The museum is the oldest remaining colonial structure in Hong Kong. 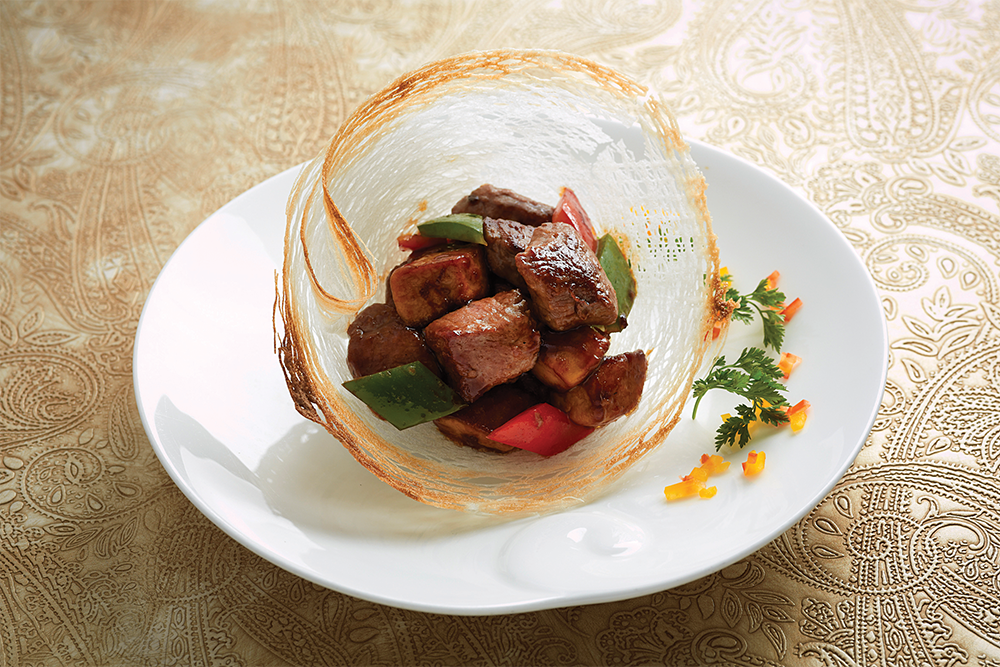 Living up to its name, The Landmark Mandarin Oriental is indeed a symbol of outstanding hospitality in a city not short on fine accommodations. The hotel’s elevator opens directly into a stylish mall, which is home to the top brands from the worlds of fashion, jewelry, antiques, books and other products sought by The Landmark’s urbane guests. Nearby on Hollywood Road, among upscale art galleries and antiques shops, is the atmospheric Man Mo Temple, a favorite cultural sight for visitors and an important religious site for locals.

Some of the best experiences in Hong Kong however, are found inside The Landmark rather than out. A recent renovation elevated rooms to a yet higher level of modern luxury. The one-bedroom suites, more like private apartments than hotel rooms, are particularly beautiful. Dining is one of the great pleasures of a visit to Hong Kong, where discerning palates demand the best of both eastern and western cuisines. Gourmet travelers will enjoy exceptional choices for lunch and dinner at Amber, where chef Maxime Gilbert has created a stellar menu of options. The dégustation menu stands out as one of the best in the world and ends with extraordinary desserts to finish the meal. Demonstrating consideration for all guests, Amber offers a diverse menu for vegetarians, which is in no way any less remarkable a dining experience than the regular menu.

As one of the most forward-looking of the world’s cities, Hong Kong does not spend too much time waxing nostalgic; not when there are new skyscrapers, new rail lines and even new land to be built. After decades of growth on Hong Kong Island, much of the current buzz in local real estate has shifted back to Kowloon, where reclaimed land along the harborfront provides fresh spaces for construction projects like the terminus for a new high-speed train line that will stretch all the way to Beijing, 1,400 miles away. New buildings will add to the shore’s appeal for visitors who’ve already taken in the exhibits at the Hong Kong Museum of Art, Hong Kong Space Museum, Avenue of the Stars (currently under renovation) and Tsim Sha Tsui Promenade, from where the views across the harbor are world famous.

It is possible for visitors to venture out onto the harbor not only by riding the historic Star Ferries from Central to several of the many islands, but also on an interesting excursion to see the elusive pink dolphin, perhaps the most exotic of animal species native to the area. Dramatically diminished in number due to pollution brought on by the increase in China’s industrialization and the number of marine vessels plying the waters of the Pearl River Delta, Hong Kong DolphinWatch offers the opportunity for sightings of the Indo-Pacific humpback, also known as the Chinese white dolphin, which turns pink in color due to the abundance of blood vessels near the surface of its skin. Now fewer than 100 remaining, the dolphins become more obscure with each passing year. Catching a glimpse of them in the water remains a prime attraction for visitors interested in witnessing another side of a city famed for its urban sophistication. 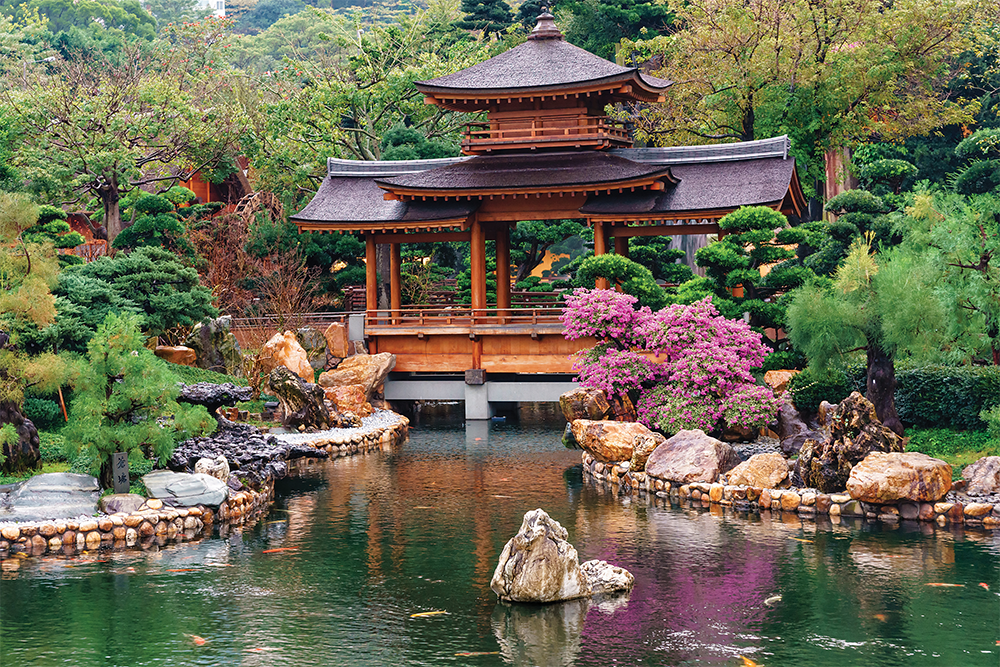 Tranquil places of worship are hidden among the towering skyscrapers.

That sophistication is evident on board Cathay Pacific, Hong Kong’s outstanding airline. As one of the world’s leading airlines, Cathay Pacific sets a lofty benchmark of excellence in its services in the air and on the ground at Hong Kong International Airport, where no less than five lounges accommodate the needs of business and first class travelers. The airline provides one of the best business class products in the sky on its three daily flights from JFK. Guests with a transfer arranged to The Landmark pass through a separate limousine lounge before getting into a car that takes them to one of Hong Kong’s supreme hotel experiences and to the excitement that await in the glittering city on the harbor.