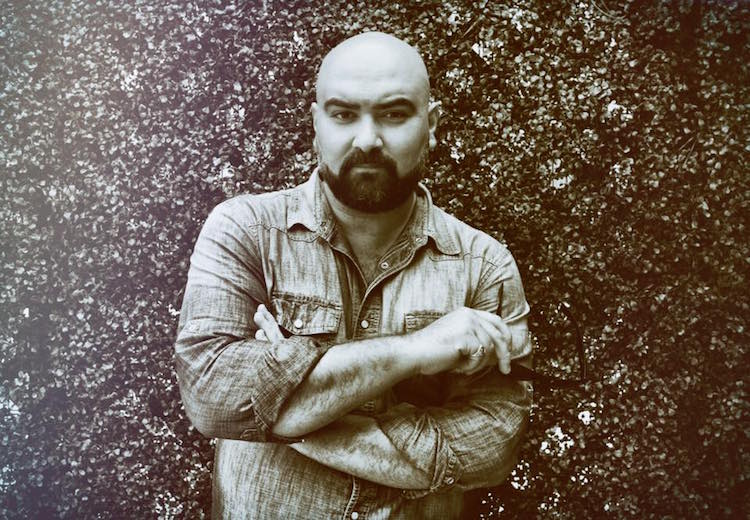 Troy Ramey was surrounded by music from a young age thanks to his dad who was a singer/songwriter performing with a cover band.

“That’s actually how my parents met—they met at one of my dad’s gigs,” Ramey said. “So literally we were made from music. Without it we probably wouldn’t be here.”

But it wasn’t until after his father’s passing that he started pursuing music professionally. Ramey, a college student at the time, transferred to Boston College and started working in a restaurant to pay for school. During a shift, a couple of musicians coincidentally heard Ramey singing to himself. They immediately invited him to join their band. Music and gigs quickly followed.

“That’s really where my love for music started,” the 32-year-old said. “It was a really great way for me to put my sadness from the loss of my dad and the pain that I was feeling…[and] turn that around into something enjoyable and beautiful.”

Ramey fell deeper into music when he relocated to Sea Cliff in 2013 with his girlfriend, a Bellmore native. Unsure of how to kickstart his career in a new zip code, Ramey said he was lucky enough to meet Dante Lattanzi, the founder and CEO of Caelum Music Production in Oceanside. They worked together to put out a soulful EP in 2016, When The Lights Came, which has nearly 4 million plays on Spotify.

“Without him none of this would’ve happened,” Ramey said. “He really listened to who I want to be as an artist and really helped me deliver that…and we’ve had a lot of success working together.”

Of course that success now includes an invitation from NBC to audition for season 12 of the popular singing competition show The Voice. Ramey performed one of his dad’s favorite songs, “Wild World” by Cat Stevens, prompting all four coaches to turn their chairs around hoping to snag him on their team.

The singer spoke with Pulse about landing on The Voice and working with Gwen Stefani, a musical legend whom he grew up listening to. 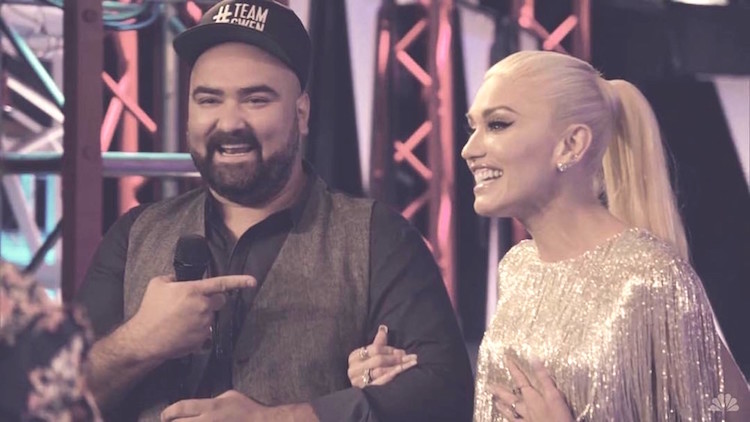 Pulse: What was going through your head before stepping on stage for the blind audition?
Troy Ramey: There’s a lot of emotions and a lot of excitement and anxiety as it happens. For me, I really was just mainly concerned with how I was going to try and introduce myself to these coaches in 90 seconds through a song…You have 90 seconds to kind of prove yourself and all of who you are as a singer and an artist inside of that little tiny package. For the whole time that we were preparing for the audition and getting ready for it, that was what was on my mind. I wanted to make sure that when I get out there, these people believe me and they have no doubt in their mind who I am.

Well, it seems you accomplished that since you got the four-chair turn, which is what everyone probably hopes for.
I didn’t know that that was going to happen, obviously. Nobody knows what’s going to happen. The goal for me was just to get onto the show and I wanted to try and impress at least one of them enough for them to turn around. Fortunately, things went my way and it was an amazing moment. I always say that I don’t do music for the accolades and acknowledgement but I can’t lie, it does feel pretty good when it’s your first time on TV and that’s what happens [laughs].

And what made you end up choosing Gwen?
I’ve been a fan of Gwen since I was a kid. My older sister bought Tragic Kingdom by No Doubt—that was her first CD she ever bought when she was like 13. I was a couple of years younger than her and I used to steal that CD from her all the time. It was kind of my first introduction to this generation of music…We grew up in Vermont and we didn’t have cable TV so the only music I was really exposed to was whatever was on the radio or my dad’s music and so when I heard No Doubt, I just thought it was the coolest thing.

When I found out Gwen was going to be on the show, I just knew that if she turned around I would want to work with her because she’s been around the longest; she’s done all kind of genres but she kind of started out as a rocker and my type of music fits somewhere in the rock realm. It was a no-brainer for me.

That’s great that you’ve always been a fan and now you’re on her team. What’s it like working with her?
She’s the most kind, encouraging person. What really struck me was just how genuine she seems to be…I had no idea what to expect for this whole experience but Gwen is just like a real human being…The things that she says to me just make me know that she really believes in me as a singer and she believes in my music and she understands why I sing the way that I do. It’s kind of an amazing experience to have because she’s someone I’ve looked up to my whole life and to have her compliment me on the things that I’m doing…it’s hard to describe how cool it is [laughs].