His sound is instantly identifiable. The groove, both subtle and soulful, represents the touch of a unique musical force. For the past five decades, the words and music of Gregg Rolie have been interwoven into our collective subconscious. A founding member of Santana, The Storm, Abraxas Pool and Journey (for which he was the original lead singer), Rolie has been on the road with Ringo Starr and his All-Starr Band in recent years. He will soon join his former bandmates in Journey for their induction into the Rock & Roll Hall of Fame on April 7. This is the veteran musician’s second time receiving this honor. Nineteen years after joining the prestigious RRHOF ranks as a member of Santana, Rolie took some time out of a recent Saturday afternoon to talk with Pulse about the upcoming award ceremony, and his work past, present and future.

Congratulations on your second induction into the Rock & Roll Hall of Fame! Are there any plans for Journey to perform as part of the ceremony?
Oh, yeah! … It’s a celebration of Journey—past, present and future. It’s kind of like the Eagles; they went through a couple of changes, too, and you can’t negate some of the things that happened earlier on, even though the success has continued. God bless Neal (Schon) for carrying this on as long as he has; finding Arnel (Pineda)…going through the singers; he’s done a good job of this! I’m going to be playing on one song. I’m not going to divulge which song because it’s kind of up to those guys what they want to do. 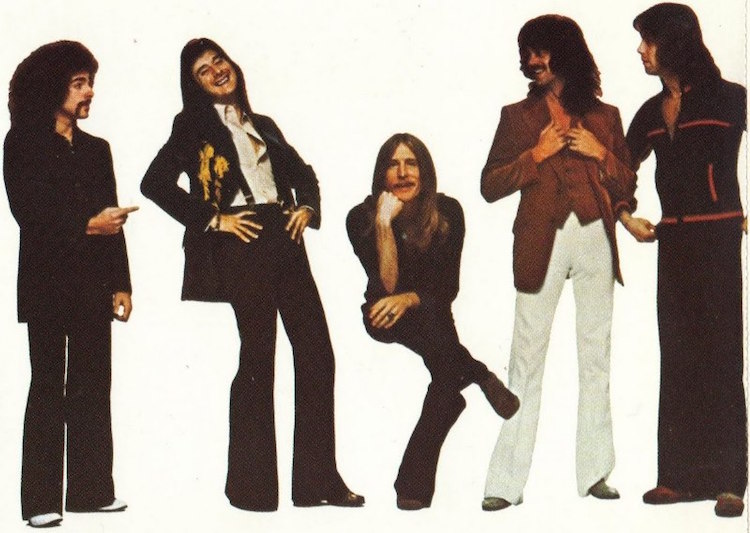 A throwback photo of Journey. image: courtesy of sony legacy

It’s been 19 years between the first induction (with Santana) and now. I remember speaking with you 16 years ago and how you emphasized remaining true to one’s musical identity and musical integrity, which prompted your decision to part ways. What specific issues arose that made you decide that you could no longer travel that road?
With Santana, it was a musical difference, for sure, (as well as) personal differences. (It was) too much, too soon. We were all full of ourselves; we didn’t treat each other very nicely. That was a shame, which got rectified on Santana IV. That was a ball, doing that; going back and recording with Carlos and the guys, and with Neal as well. That was last year that we finished that off. With Journey, it was more about being tired of the road. I had built two bands, lived out of a suitcase for 14 years or whatever it was, and I wanted to change my life. I was unhappy, therefore I was making other people unhappy. I just didn’t want to be there anymore. You know, the best way I can put this, which I’ve said before, is that the gypsy life that traveling in a band is, when it’s fun, it’s great! You travel all over the world, you’re playing music for people, and it’s tremendous. And then, when the smell is off the rose, for whatever reason, and you say, “I don’t want to do this anymore,” then you don’t.

The Santana reunion was announced in February 2013, and the recording took place during 2014-2015. What were those sessions like? How quickly did everything gel?
People say, “Wow, it took them two years to do that?” Well, that’s not true; everybody was working. I was out with Ringo Starr, Neal Schon was out with Journey, and Santana was being Santana. We got together when we could. In all reality, I don’t think it took more than a few months to really do it. It was all sporadic; we sent things to each other. I wrote lyrics here in Austin and sang a couple of songs in Austin and sent them in. Carlos goes, “These are awesome!” We did it from afar, but the tracking was all done in Las Vegas in a studio that Carlos wanted to use, which was fine. It went fast; every solo of mine on that record is the first (take). (Santana drummer) Mike Shrieve goes, “I don’t know what’s going on with you, man, but I love what you’re doing!” I said, “I don’t know, but I accept!” It was rocket fast and enjoyable. 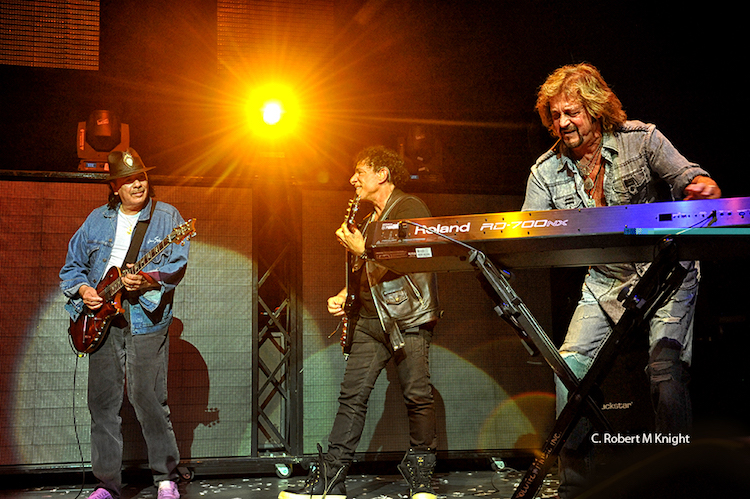 When you got the phone call to work with Ringo, what was going through your mind at that point?
“Are you sure you’ve got the right guy?” [Laughs] I mean, Mark Rivera is the music director (of the All-Starr Band). He plays with Billy Joel now, the sax player. He’s a multi-faceted player. At any rate, he gave me a call and I said, well, this is great, but you better give me this material fast because I don’t do this. I haven’t played other people’s music and had to learn somebody else’s music other than to listen to something and make it my own. So, here I am playing “Broken Wings” (from Mr. Mister) and Todd Rundgren’s stuff and (Steve) Lukather’s and of course, Ringo. (I thought) What am I going to do with this? I’m not this guy!” I was a little taken aback by it, but (I thought) I gotta do it. Ringo Starr and The Beatles—if it wasn’t for them, I would never be in music. I would have been an architect!