Rebecca Stromski of Massapequa had her son in May of 2013. As any new mother would be, she was scared and excited at the same time. She never knew exactly what the word love meant until she met her son. But months later, she noticed her body was taking a turn for the worse. She was having blurry vision, color blindness, hand tremors and leg spasms. She went to several doctors before she was diagnosed with multiple sclerosis in June 2015. For those with MS, childbirth brings out the worst of these symptoms, her doctor explained. To alleviate her pain, and allow her to care for her son who is now 3, she takes birth control obtained from Planned Parenthood. For Stromski, being able to use Planned Parenthood has benefits that extend beyond wait times and finances.

I previously got my birth control from a clinic through my primary care doctor, but came across some [issues]. I missed one treatment because I had a symptom of brain fog where I lost my train of thought. This caused me to forget about my appointment and it was already a week late. I called my doctor to see when they could squeeze me in and they couldn’t for two more months. That’s when I called Planned Parenthood because when I was 17 I used to get my birth control there. They got me in right away, no problems.

Related Content
The Death of Pro-Life
Planned Parenthood: What Else is There?
The Impact of Abortion on Mental Health 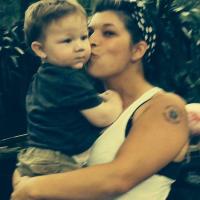 There are good doctors there. I am also very comfortable with the staff. They are people I can consistently trust.

I am very careful with keeping up with my treatments, watching my diet and making sure that I am active. My son helps me a lot with that. If I did not keep up with my treatment, the worst case scenario would be that I would lose my mobility. I make it a point to keep my chin up and not allow my disease to take over my sense of mind and myself overall. So far, I’m doing very well and I plan to keep it that way as long as my body will allow it. Until then I aim to be the best mom I can possibly be.