There’s something new brewing on the North Fork, and it’s a bit more a-peel-ing. The Riverhead Ciderhouse in Calverton opened in March to deliver hard cider, beer, wine and café-style cuisine in an eclectic gathering space.

“It is our goal to promote all New York State products,” said Riverhead Ciderhouse CEO John King. “It’s a place for people to sit down and have a drink or two with board games, fireplaces and great entertainment.”

And what’s a great day trip without food? The café, one of three areas in the cider house also holding a tasting room and retail space, prepares a host of gourmet options. King’s favorite is the signature apple Annie pizza pie, made with brie cheese, NY State cheddar, fresh sliced apples and smoked ham drizzled in a balsamic fig glaze. There’s also chicken salad sandwiches with cranberries, Bavarian pretzels and fresh grab and go guacamole (because you can never have too much guac).

Visitors can’t get enough of the hard ciders, either. Made from New York apples, the cider is produced by seasoned North Fork winemaker Greg Gove, who has worked at Hargrave Vineyards, Pindar Vineyards, Laurel Lake Vineyards and Peconic Bay Winery. The company’s own hard cider comes in three styles: Razzmatazz with strong notes of raspberry and apple, Benjamin’s Best (more classic cider) and Founder’s Reserve that King said, “tastes like apple pie.” 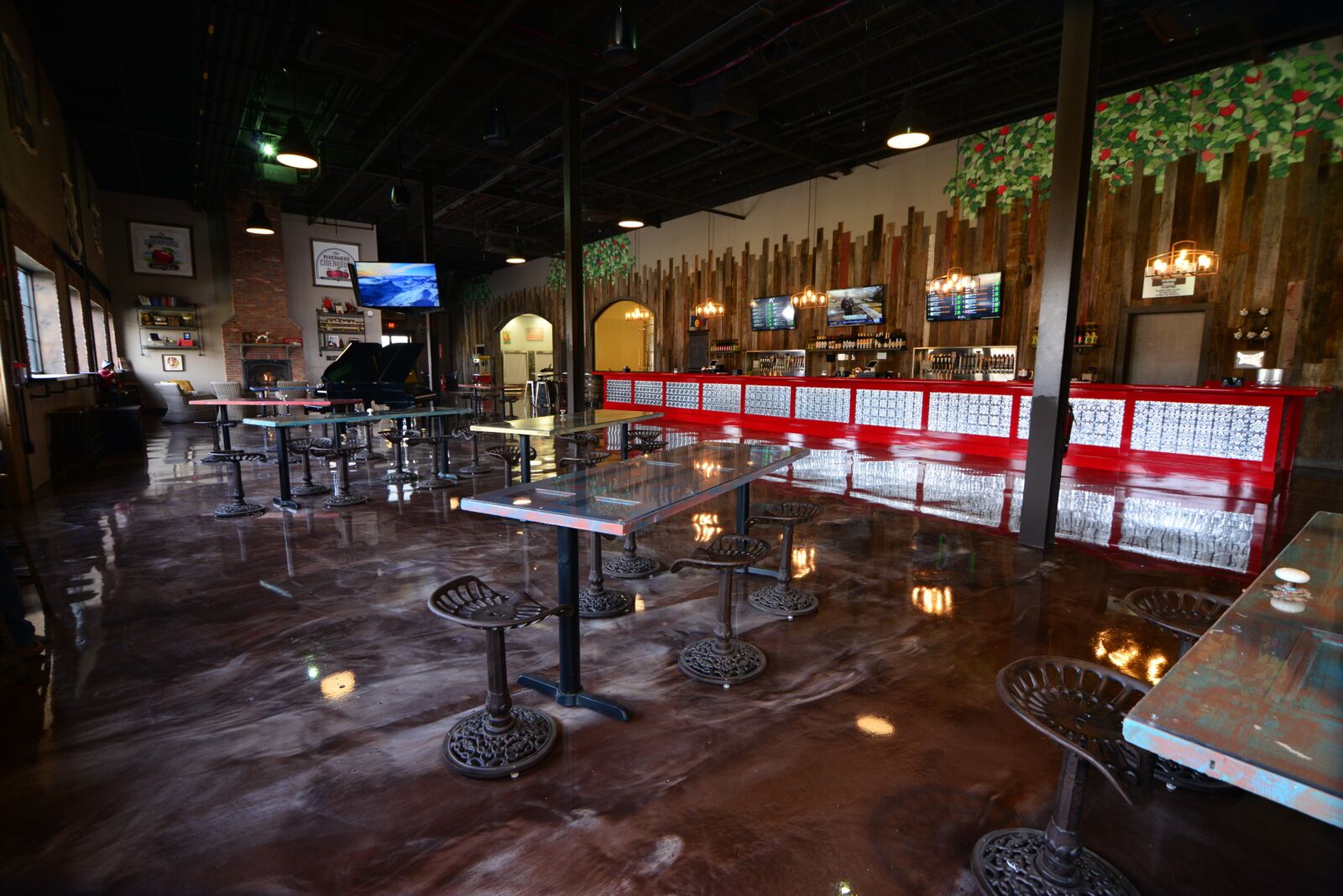 For those who can’t get into the cider trend, there are 48 taps behind the bar pouring Lieb Cellars, Wolffer Estate and Martha Clara wine and Long Ireland, Great South Bay and Blue Point Brewing Company beers (as well as others).

The tasting room’s decor has the same eclectic edge as its menu. Furnished with fireplaces, couches and tables made out of reclaimed doors and seats from old tractors, the experience is as vintage as it gets.

“When you take the ride out east, we are the first place on [Sound Avenue] on the right hand side…you can’t miss us.”