After two decades as Edison’s, the pub made famous by J.R. Moehringer’s memoir The Tender Bar is once again, itself. Publicans reopened less than two months ago in its original plot on Plandome Road in Manhasset and is enjoying a warm, welcome return to Long Island’s North Shore. Business partners Sean Peters and Johnny Heil orchestrated a complete makeover that involved stripping the restaurant down to the bare bones of functionality and authenticity.

General manager Mike King and his team were well-educated on Publicans’ history and the Schnitzers’ legacy when they set to work on a menu for the tavern. 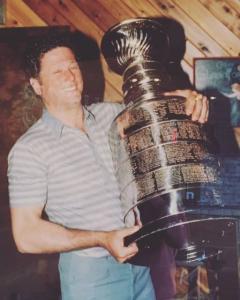 “Publicans was known for its burger. We had to get the burger right. [Now] with a new take on the original, we had butcher, Pat LeFrieda, help with ours,” King said.

LeFrieda, a lauded and respected meat purveyor, and King’s team developed a half-pound, 50 percent dry aged, 50 percent chuck burger sandwiched within a brioche bun designed for Publicans by Brick City Bakery. “It’s a simple cheeseburger, but it’s the highest quality and worth every penny. You can try any burger on Northern Boulevard, but I stand behind my burger,” King commented.

Publicans was also known for its “steak for two,” which King’s management team again took into consideration by producing a 32oz, bone-in rib eye for two. In addition to the staples of burger and steak, the menu includes recognizable favorites like fresh lump crab and crispy calamari but with innovative twists like curry vinaigrettes and fried baby artichokes. “We aren’t trying to win an award or be pretentious, we just want to serve elevated, good pub food.” It wouldn’t be a pub without the liquid menu, either, which includes a wine program and plenty of craft and standard draughts.

Though it is a new millennium for Publicans, there’s still plenty of respect and value for the place’s history in the newly renovated space. Fans, foodies, locals and longtime friends of the spot will each find a home at the carefully restored bar. All one needs to do is grab a seat to begin a trip down memory lane or a new adventure.

“I’ve had people tell me they met their wife here, they had their first kiss here. There’s so much at Publicans for so many people, and now the next generation is making their memories here.”