There’s a warm front approaching the East End and it’s not from the mercury. Lulu Kitchen & Bar is opening at the end of April in Sag Harbor and diners can look forward to smoking entrées from a wood burning grill and oven.

Corbet, a French-trained chef, sharpened his culinary expertise at Michelin-starred restaurant Bouley and Stone Creek Inn in the Hamptons. The wood burning cuisine was his idea and will fulfill a longtime dream to execute a menu from this cooking style.

Wood grills can reach 550-650 degrees, which is 100 degrees higher than a traditional grill, making meats, seafood and vegetables juicier and more tender.

“Firewood smoke has some of the best flavors that are infused into your food,” Corbet said. “You can really compare it to a natural spice…It’s just where cooking came from and I think we need to go back to it. ” 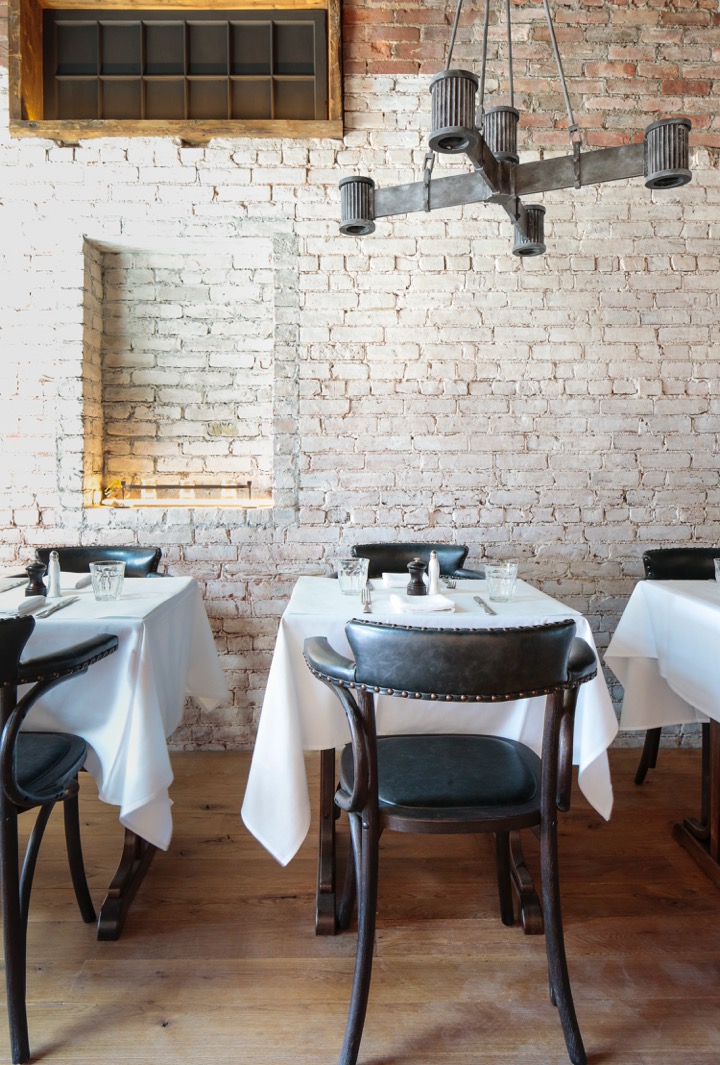 It’s no surprise the grill and oven will serve as the restaurant’s focal point and anchor the menu. There will be a lunch, dinner and late-night menu that will focus on local products. Seafood platters range from Montauk pearl oysters and Bonac razor clams to duck leg confit with frisee salad. Other offerings will include cast iron market fish with roasted garlic, baby bok choy, pee wee potato and lemon juice and grilled prawns with saffron rice and smoked ratatouille.

Other entrees include the signature Lulu cheeseburger served on a housemade brioche bun with Mecox cheddar, smoked pickles, tomatoes and onions and organic chicken with porcini rub, potato gratin and mustard jus. The creative menu will also feature weekly specials like Monday’s Bouillabaisse and Tuesday’s Chef’s Mussels, all you can eat.

The 1,800 square foot space is as generous as Lulu’s portions and will offer lounge-like dining with views of Main Street through French doors. In the front, there will be comfy leather chairs and banquettes with wooden tables. The rear of the space will be more of a tablecloth affair with rustic chandeliers, exposed brick walls, vintage European mirrors and leather chairs. There will also be outdoor dining under an awning with chic but casual patio seating and potted plants.

“From vegetables to fruits to seafood to poultry, the goal is to keep [the food] simple and fresh. It’s funny because the grill will bring a smokey, summery BBQ smell and light grill dishes, but will bring a warm fire during the winter.”