Out of all the musicians and lineups the legendary Prince played with throughout his long career, the best-known was undoubtedly the Revolution. The iconic group formed by Prince in his hometown, Minneapolis, was part of his most successful album, 1984’s Purple Rain, as well as the movie of the same name.

Despite not touring since 1986, guitarist Wendy Melvoin, keyboardist Lisa Coleman, bassist Brown Mark, keyboardist Matt Fink and drummer Bobby Z are coming together again to perform throughout the US this spring—almost a year after Prince’s tragic passing at the age of 57 on April 21, 2016.

Bobby Z recently spoke with Pulse about the reunion and memories of his late friend before the tour make stops in Manhattan’s BB Kings on April 28 and Webster Hall on May 3. 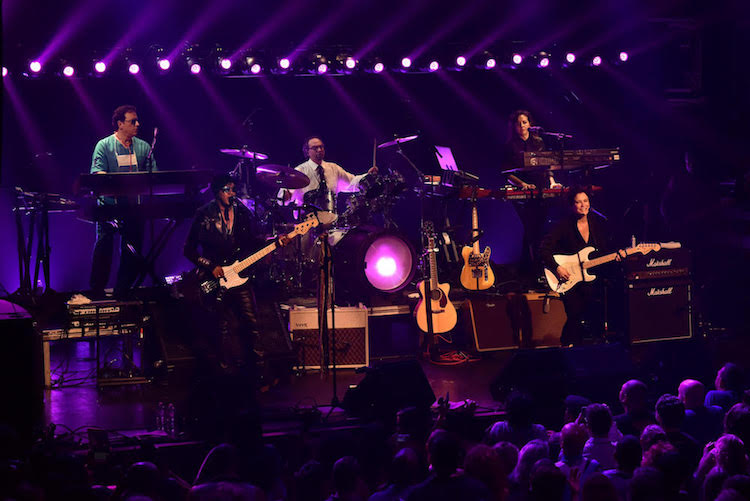 Pulse: How did the idea come up for the Revolution to get back together?
Bobby Z: It was kind of unusual situation after he died. We got together in Minneapolis and kind of had our own conversation about everything he meant to all of us. We kept in contact throughout the years. And of course, the band rallied around me during my health scare [Bobby suffered a heart attack in 2010], and we had done a show at First Avenue in 2011. We never lost touch. We felt the only way to really communicate Prince is to play these songs that he wrote; these masterpieces. It was kind of a no-brainer for us to want to do that again.

How was it playing the songs again?
Very bittersweet. You can’t play these notes and these haunting melodies…it’s a huge hole and a profound loss; a huge loss for the universe. But the music he wrote, the stuff that we participated in with him in studios and endless rehearsal sessions, is a testament to his genius, as well. Obviously, his brilliant vocals were missing, but this music is so powerful that to play that really helps us get through this devastating loss.

Over the years, were there any close calls with Prince and the Revolution getting back together?
Yes. I had to go to him when I did the reunion with the American Heart Association show [in 2011] and got his blessing. He didn’t really want to jump on stage with us and get the world excited, but he knew what it was. He called it “Mount Rushmore.” He had a feeling for what we created. Purple Rain is really an unusual story of a band, literally and figuratively. It happened to very few bands. I used to watch [The Who’s] Quadrophenia, but that feeling, that rock n’ roll, is captured in a moment and time makes us different than the average situation. As a drummer, people probably know me as much from the film as they know from tours and records. And I think that is an interesting element.

What are some memories of filming Purple Rain?
Cold. [Laughs] You have the fantasy of making a movie. Everyone in high school dreams of it, ever since video cameras became portable. Prince had an eye for so many…he wasn’t satisfied with just one media or one image or one dimension. We were always recording skits and the video camera was a huge part of our daily life or rehearsal. To finally get behind the camera, it was natural that he would grow into a film, because he had boundless creative energy. He pushed the world his way, and all of a sudden, you’ve got a big, 35mm Panavision camera in front of your face. It was pretty daunting.

How intense were the rehearsals that Prince put the Revolution through?
For us, it was before cell phones, so it was 10 to 5, and we would bring a bag lunch and no phone calls. And then eventually, they set up a little kitchen, and if he wasn’t working with you, he’d go eat a sandwich and then come back. It was just non-stop grooves from 10am to 7 at night…and sometimes all night. It was just an endless creative jam.

How would you describe Prince’s personality?
I would say “otherworldly,” really. Just no one really had the insight into living the way he did. It’s just the way things are available to you in life, and the way he cut through the water, the way he lived, was uniquely his. Knowing him from such a young age to all the way to the end of his life, it was really truly a remarkable life.

What can fans expect at the upcoming shows?
His music live is like nothing else. It’s very exciting to play songs like “Baby I’m a Star” and “Let’s Go Crazy” for people that never really heard them in their distilled, true form. It’s just amazing when you hear them in that form. Hopefully, they’ll be transformed a little bit to a place and time in the past that was overwhelming and exciting for all of us. And hopefully, will be again.