As the weather gets warmer, Long Island Restaurant Week is swinging back around to bring some more sunshine to our days. And per usual, these restaurant deals are too good to pass up. From April 23-30, dish out $28.95 for a three-course meal at Long Island spots that are hot no matter what time of year. 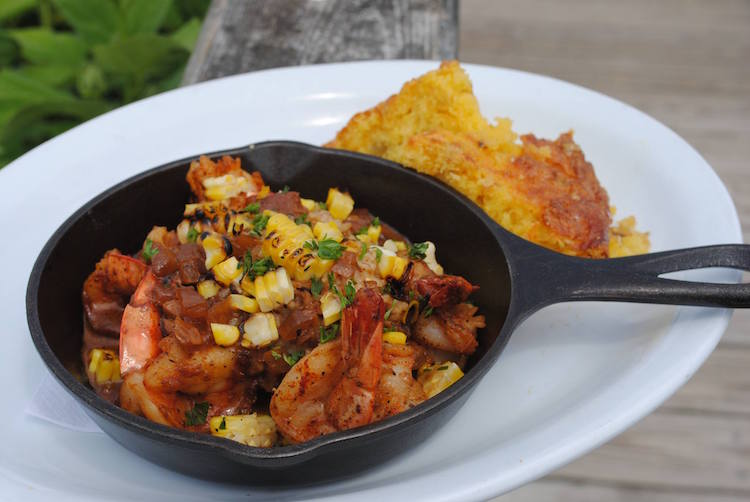 Take a bite out of the NOLA Shrimp during Restaurant Week. image: facebook.com/cowfishhamptonbays

Head to the Hamptons a little sooner than usual for the yummy prix fixe menu at Cowfish. The restaurant is offering a choice of five appetizers, including the popular jumbo buffalo shrimp, which come with Danish blue cheese and chives. Follow that up with one of seven entree choices like the NOLA shrimp or Creole salmon. Meat lovers can cut into the half rack of ribs served with wild mushroom risotto or the New York strip with a loaded baked potato. There are also three options of desserts, including a flourless chocolate cake with fresh whipped cream or the healthier fresh berries for anyone who is keeping count on those calories. Go 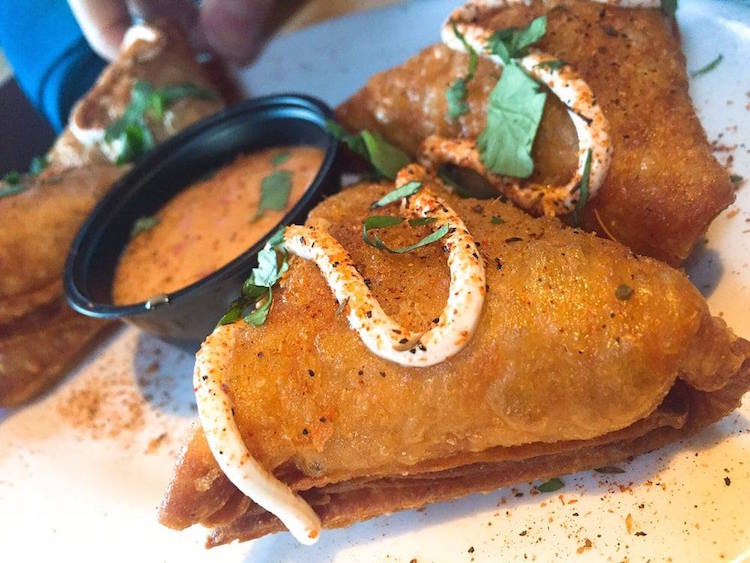 Customers rave about the Duck Empanadas at Rumba. image: facebook.com/rumbaislandcuisine

This lively spot bringing the tropics to New York is serving some of its best Caribbean specialties. Entrees include the jerk chicken platter with coconut risotto and mango papaya honey salsa, as well as the island ribeye with ginger pineapple soy marinade and roasted sweet potatoes. One of five appetizers are on the menu, including the Dominican ribs and the duck empanadas, which customers keep going back for. Save room for desserts because the beloved key lime pie is an option. Go 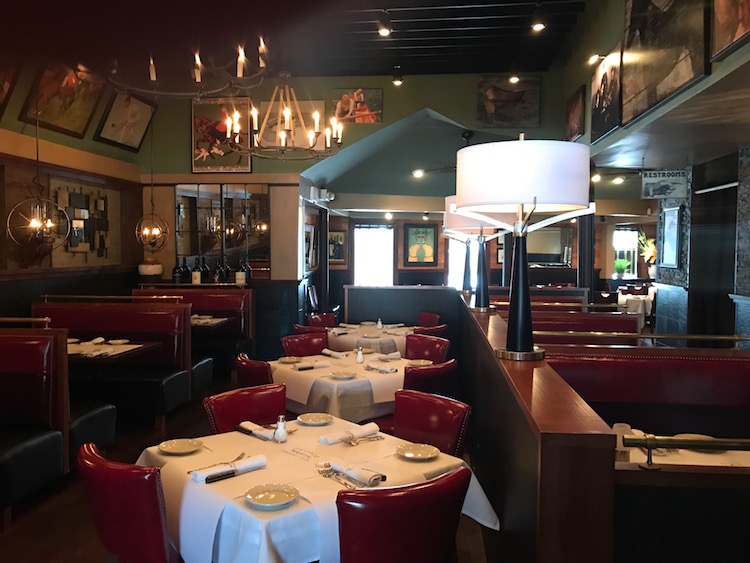 Longtime restaurateur George Korten caused a stir when he expanded his steak sensation to Syosset in March. Now he’s bringing some more excitement during Restaurant Week with five starter options including the popular Korean BBQ duck tacos (soft corn tortillas, kimchi slaw, sesame, lime and cilantro). Of course a steak option is available for the entrée selection but chicken and fish lovers will also have options to choose from. End with one of three desserts including the hard-to-resit GM brownie sundae coming with vanilla ice cream, chocolate ganache, caramel sauce, whipped cream and M&M’s. And if you prefer to stay in Rockville Centre, George Martin The Original and GM Club Steak are also offering Restaurant Week specials. Go 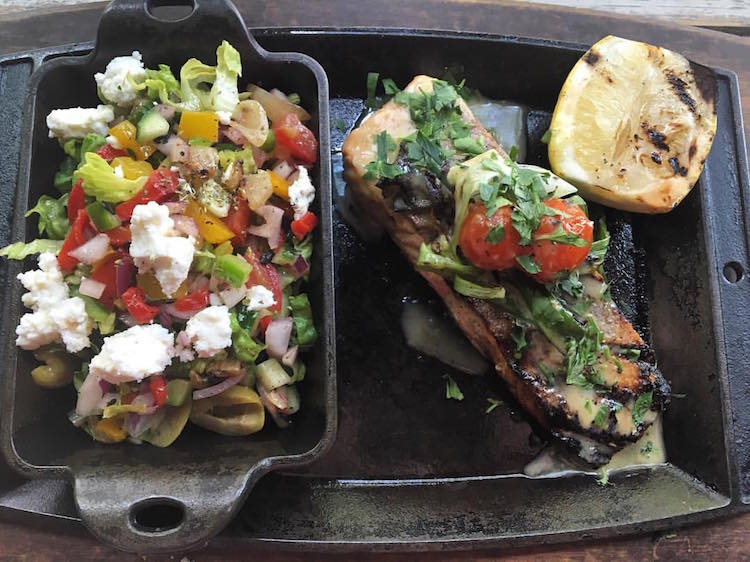 Greek food lovers, you’re in luck. Chef Michael Psilakis‘ popular Roslyn spot (one of four locations) is offering a small but still appealing menu for Restaurant Week. Start off with one of four mezedes (aka appetizers) and then choose from four entrees including the roasted leg of lamb risotto, which comes with mizithra, a popular Greek cheese. There’s also a play on the popular Greek dessert baklava with the chocolate baklava sundae served with dark chocolate ice cream, chocolate fondue and smoked almond. Go 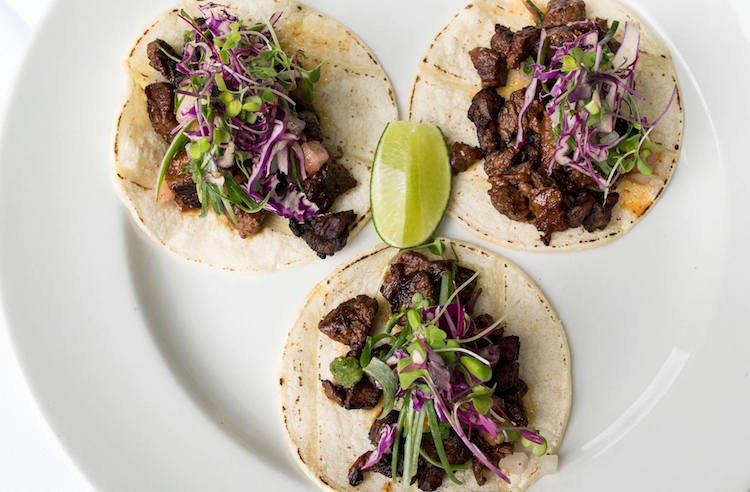 Those looking for a south of the border fix, Besito is offering its Mexican specialties in an extensive Restaurant Week menu. There are 12 appetizers to choose from including fish tacos, crispy shrimp tacos and short rib tacos. But tacos aren’t the only thing on the menu here. There are just as many entrée options like enchiladas mixtas, beef short ribs and salmon manchamanteles. End the meal with a touch of sweetness with the tres leches dessert. Go 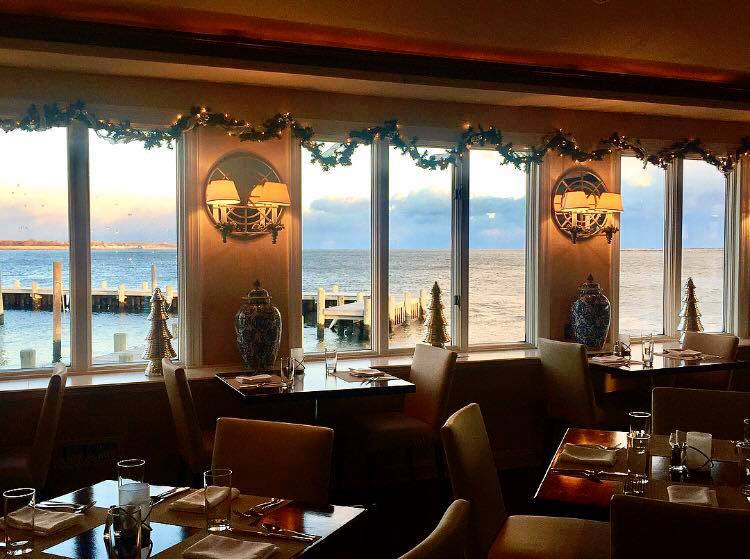 There’s nothing like dinner with a waterfront view. image: facebook.com/viewseafood

Looking for an upscale dinner with a breathtaking view, then this Suffolk restaurant is the perfect spot. With a view of the Great South Bay that will make summer feel even closer, the Oakdale spot is offering several seafood options, including Long Island clams, and some meat options like root beer hour braised short rib of beef. Make sure to save an appetite for dessert since the three options are too good to pass up: wild berry cheesecake, Valrhona chocolate marquise and Tahitian vanilla crème brûlée. Go 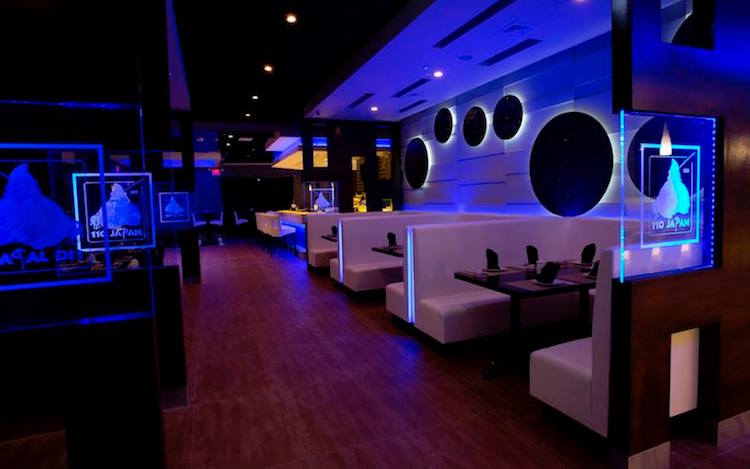 Japanese with a fun twist at 110 Japan. image: facebook.com/110japan

Head to this beloved foodie town for some Japanese with a twist during Restaurant Week. This chic restaurant with neon-lit surroundings is offering a menu that’s just as fun. There are six appetizers to choose from (the pecking duck dumpling is a must) and five entrees including 110 Teriyaki (salmon, shrimp, chicken, steak or vegetables) and jalapeño style seafood paella. And forget calories here since the tempura Oreo dessert is worth a cheat day. Go