Autism Awareness Month comes around in April of every year. But after the hashtag stops trending on social media, Adults and Children with Learning and Developmental Disabilities (ACLD) is there. The organization, which celebrates its 60th anniversary this year, was also there before social media existed and before autism was as understood as it is today.

ACLD helps individuals with disabilities, including those with autism, find volunteer and employment opportunities and housing. Approximately 30 percent of the individuals ACLD services are on the autism spectrum. But, as a popular phrase in the autism awareness goes, “If you’ve met one person with autism, you’ve met one person with autism.” One of ACLD’s core goals is to help the community with and interact more with people on the autism spectrum through volunteer and employment programs. 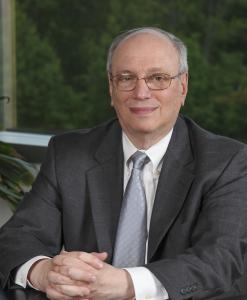 “It’s so often we say, ‘That person is autistic.’ No, that person is John. That person is Mary,” said Robert Goldsmith, who has been ACLD’s executive director for three years. “By being in the community, yes the individuals get socialization and integration but it also assists the community in knowing who their neighbors are…and then you get better acceptance.”

Autistic individuals, along with people with other disabilities such as Down syndrome, can take part in a day program that consists of about five hours of volunteering with nursing homes and non-profits like Island Harvest. The participants aren’t just helping the community. By interacting with others, they’re helping themselves and building vital skills.

“We build social skills and community integration. All these different activities make them feel like they are part of the community they live in.”

Additionally, ACLD employs 300 people with disabilities within its organization or at other companies. The organization partners with employers, such as manufacturing plants, to find paying jobs for adults. Daily tasks may include working on an assembly line or filing papers. It’s a major change from the 1950s when autistic individuals, often misdiagnosed with mental retardation, did not have organizations like ACLD.

“The old methodology is that everyone used to house people in a facility to keep busy during the day.”

But Goldsmith said the work is far from over. He still sees individuals get labeled as “awkward” or “strange looking” simply because of their disabilities.

“People need to know more about people with disabilities and people with autism. Everything we do at this agency goes in that direction.”