Simple, fresh and contemporary American food has made its way to New Hyde Park. The Inn at New Hyde Park’s new restaurant, Table 7, which opened in January, brings a vibe of New York City nightlife mixed with the laid-back charm of Long Island. Chef Mark Dara Jr. will be showing off some of his signature dishes at the restaurant’s grand opening on Friday, April 28 from 7-8:30pm.

Chef Mark is no stranger to the food business. After graduating from the Culinary Institute of America, he staged “anywhere and everywhere” for three years in Manhattan. He made his first executive chef debut at Trattoria D’Amico in Massapequa before joining The Inn in February of 2016.

At Table 7, the flexibility of the ‘upscale new American’ menu gives Chef Mark a lot to work with. “I kind of like that heading because I can pretty much pick anything from anywhere in the world.”

Almost all of the items on the menu have a sentimental value. The deviled eggs are made the same way his grandmother used to prepare them. “I think food should have a nostalgic element to it. If you’ve ever eaten something that your grandmother or mother made, it brings back good memories.” 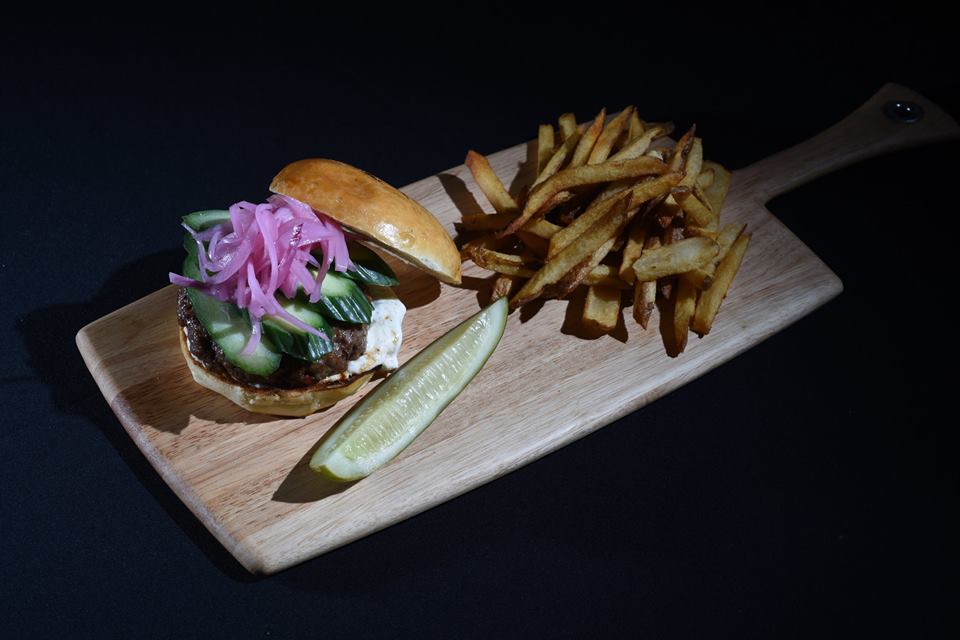 When asked what dishes he highly recommends, Chef Mark laughed and said, “all of them.” However, he emphasized, “the Gyro burger is worth talking about.” It’s a ground lamb patty that is seasoned like a gyro with tzatziki sauce, cucumber and house pickled red onion and served with homemade French fries.

Other dishes to look forward to at the grand opening include the tuna tartar, which will be served in a shot glass with a mini fork, and chicken and waffles on skewers.

Chef Mark is very minimal with picking his food. His motto has been, “Keep it simple. Keep it fresh.” Fish lovers might be surprised by the lack of fish on the menu, but Chef Mark only serves seasonal, fresh food.

“I like to take advantage of local food. Nothing is worse than seeing something out of season on a menu.”