Even those drivers of opulent sedans typically not prone to boastfulness will appreciate that the M760Li is the quickest and the fastest BMW road car ever made.

This is why the BMW M760Li xDrive is such a marvel. Created at the urging of former BMW of North America CEO Ludwig Willisch to be the marque’s most powerful, luxurious performance sedan, it delivers maximum straight-line punch with the handling dynamics worthy of a BMW M-car.

Putting power down to all four wheels—this is xDrive, after all—is BMW’s impressive 6.6-liter, twin-turbocharged V12 engine, related to, but not the same as, the one used in their cousins from Rolls-Royce. Thirty years ago, BMW introduced its then-radical V12 engine in the 1988 760, the most sophisticated luxury sedan of its era. The 2017 M760Li xDrive can make that same claim today. This is the 7 Series that enthusiasts have been waiting for. And while it’s not an M7 (there never will be one of those, the concept is not in keeping with the comportment required of BMW’s luxury flagship) it is a sport-biased sedan with engine, exhaust, suspension and steering, aerodynamics and even road stance tuned to please drivers who seek performance to match the most luxurious appointments. 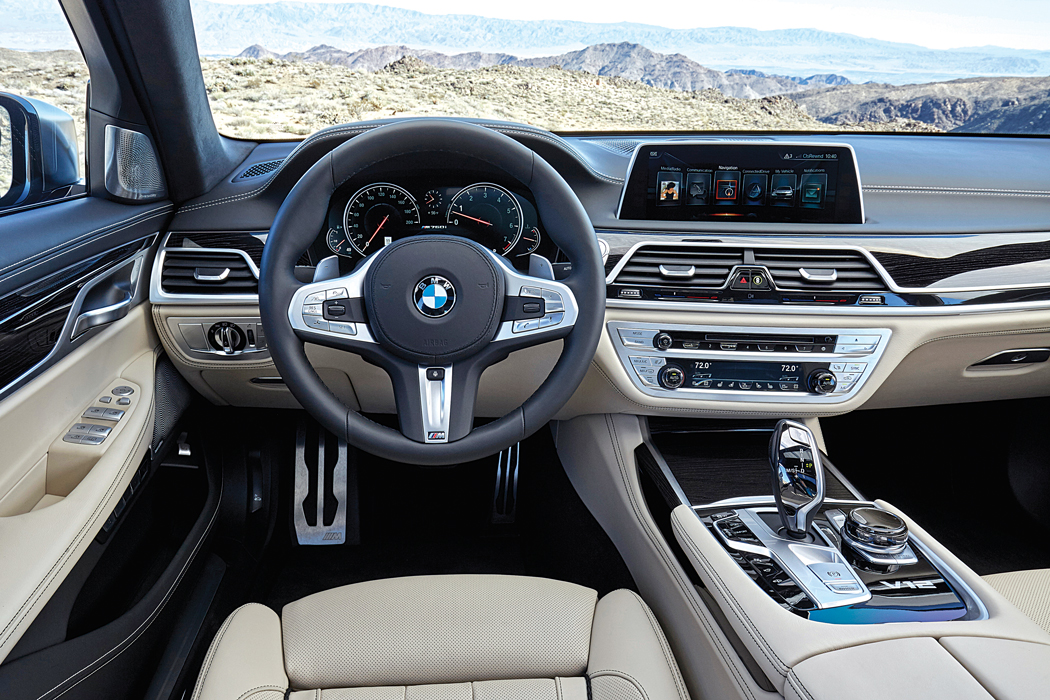 Even those drivers of opulent sedans typically not prone to boastfulness will appreciate that the M760Li is the quickest and the fastest BMW road car ever made. European models have a top speed of 189 mph with optional driver’s package. American cars are limited to a dawdling 155 mph. But more important than horsepower, acceleration and terminal velocity is prodigious torque that comes on strong from near idle—just 1,550 rpm.

BMW chose to launch their new flagship on the roads leading to and from southern California’s Anza-Borrego Desert State Park, along with serious track driving at the BMW Performance Center at Thermal, a short distance from Rancho Mirage. During our drive day, the skies opened wide to deliver the most torrential downpour in recent memory, an opportunity to test the capability of the M760Li in truly awful weather conditions. A combination of twisty curves, rapidly changing elevation and horizon-deep straightaways of abandoned desert highway encouraged all manner of acceleration, braking and flat-out speed.

Under such circumstances, BMW’s rear-biased all-wheel drive and rear-wheel steering made an otherwise white-knuckle ride a genuinely entertaining—and predictable—driving experience. Rear-wheel steering is an automatic function that improves handling by effectively shortening the wheelbase of the car, articulating the rear-wheels through a host of dynamic parameters analyzed by on-board systems. It really comes into its own—in conjunction with four-wheel drive—at speed on challenging roads. And especially on the track, during downpours of Diluvian magnitude. 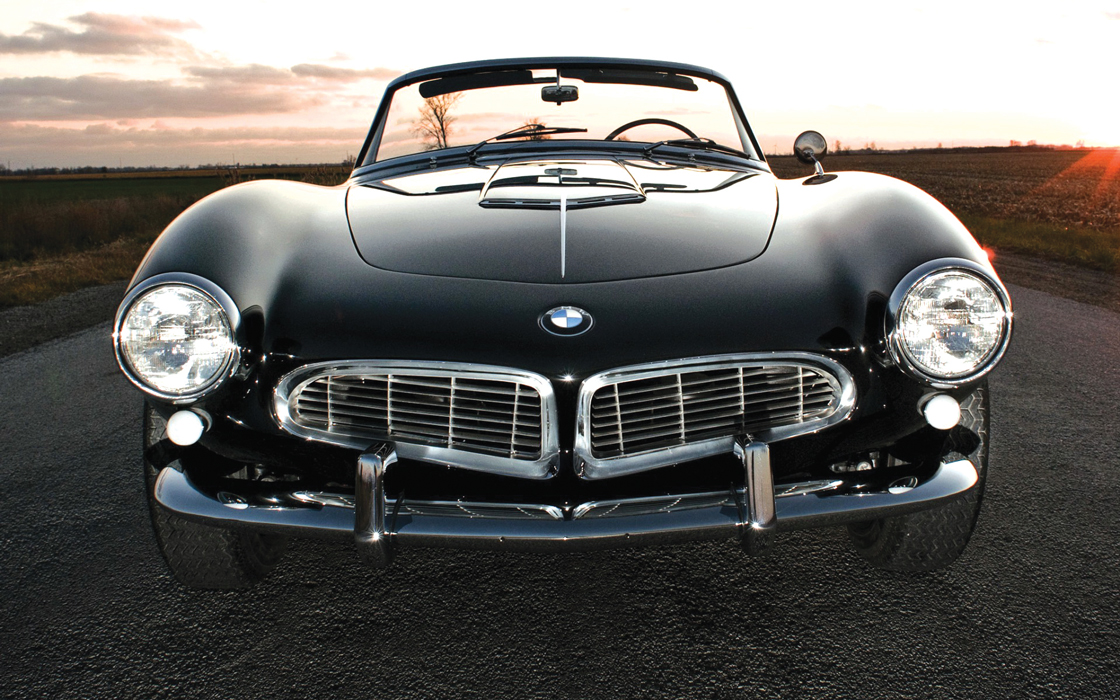 Yet inside, all is calm. Welcoming, spacious and quiet as a library, the cabin is appointed with sporty touches like an M-steering wheel, instruments and pedals, but without compromising luxury in the least. The best leather covers sumptuous seats that feature an intricate diamond-stitching pattern and black gloss trim adds a sober touch. The rear cabin is huge, given that this is the “long” version of the 7 Series (a shorter version with six inches removed from the rear is available in other markets, but not North America).

Driver assistance systems cover the gamut of lane-control, distance and braking, plus surround-view cameras that afford maximum visibility from behind the wheel. And of course, there is iDrive, the “intuitive” BMW system that allows drivers to control onboard systems by knob, touchscreen and even hand gestures. Twirl your finger in the air and the volume goes down to accept a telephone call.

With a nod to exclusivity, BMW’s Individual Program allows non-conformists (or just someone with a specific color in mind) to commission an exclusive M760Li. And really, it’s a shame not to avail oneself of that particular luxury if time and patience allow. Parsimonious shoppers will appreciate that compared with other 12-cylinder luxury sedans this BMW is a veritable bargain with a base MSRP of just $153,800.