Addison, CEO of Addison Hospitality Group, was the nightlife guru behind AVA Lounge at the Dream Hotel and the Inc Lounge at the Time Hotel. Lovage is the second rooftop lounge for Addison, who opened Monarch Rooftop, also near Penn Station a couple of years back. Lam’s Chinese Tuxedo, meanwhile, was a New York Times Critic’s Pick.

“We envisioned the idea to fuse elegance and comfortability with the splendor of Midtown Manhattan as our backdrop,” said Addison in reference to both the eatery and lounge, which are in the same building as the DoubleTree by Hilton Hotel located where Hell’s Kitchen meets the Theatre District.

By all appearances he succeeded. Upscale, yet at the same time welcoming and relaxing, Magnolia is tucked into the left rear of the ground floor. The cushy banquettes contribute to the comfy vibe, as does the soulful, jazzy music and the bare-bulb pendant lights. A long gleaming bar and a piano greet guests as they enter; the dining area is elongated, accented with white brick, basket weave textiles, warm wood and brass, interspersed with sleek camel leather. An outside garden area offers sanctuary as weather permits. 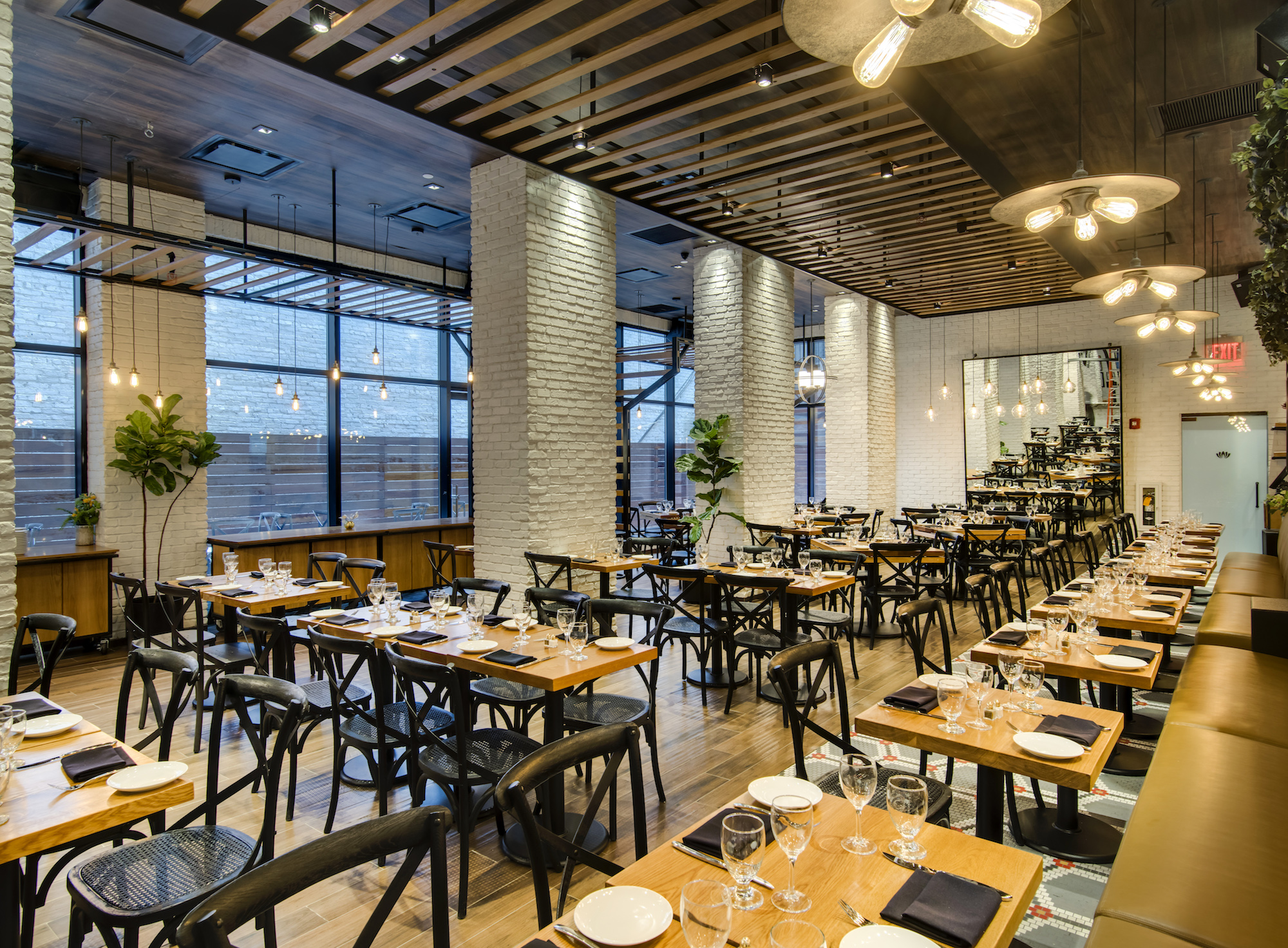 The kitchen is headed by executive chef Alan Wise, formerly Chef de Cuisine at Public in Nolita. The American bistro dinner menu is as clean and inviting as the surroundings. The unusual starters range from a tuna ceviche with jicama and jalapeño to asparagus topped with poached egg and goat cheese mousse and veal sweetbreads garnished with apple puree and pickled celery root. One of the more popular mains is soft braised ox cheeks with miners lettuce and fava beans. For a light but satisfying dessert, diners might consider a gorgonzola cheese, candied walnut and honeycomb tray.

Magnolia also serves breakfast and lunch daily. That means there are only three hours a day it’s closed (4am to 7am), quite something, even for the City that Never Sleeps.

After dinner, guests can take the elevators in the hotel lobby adjacent to Magnolia to the 37th floor to reach Lovage. The landmarks one can see include the Empire State Building, Freedom Tower, Statue of Liberty, Times Square and the Hudson River.

While taking in the skyline, patrons can sip specialty cocktails (a favorite so far is the Caribbean Cosmo, made distinctive with hibiscus syrup, fresh lime and Prosecco). Sinking into a chair upholstered in Christian Lacroix fabrics, which sets off the walnut herringbone and polished cement floors, it’s easy to toast to the good life.