IN 2006, KENT MONKAN was just making ends meet. He had barely seen his newborn child for the first two years of her life. The restaurant business wasn’t for him anymore. He wanted a life. He sold his first restaurant. He walked away.

In many ways, the selling of Heirloom restaurant in Locust Valley (now known as Brass Rail) was the catalyst for Monkan’s current success. His sabbatical from brick-and-mortar eateries was what led to the light bulb moment. The Huntington native opened Heirloom with both profits and rave reviews, but it quickly became—because of Monkan’s desire to cook high-end food—a weekend destination for foodies searching for upscale cuisine, not regulars looking for a customary, familiar meal. “People don’t want to eat fine-dining, intricate food everyday. Sometimes, it doesn’t matter who they are, they want to eat meatloaf or they want to eat a piece of lasagna or chicken wings and have a beer,” Monkan said. 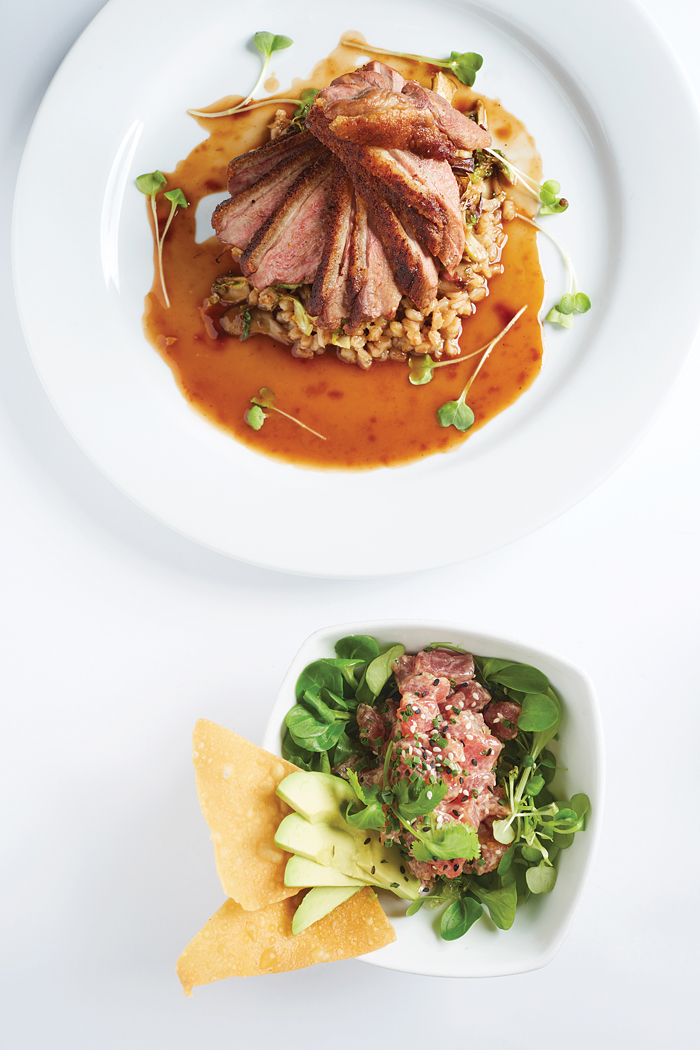 That has been Monkan’s bleeding credo ever since: familiar, approachable food elevated with high-end ingredients and techniques. “If you’re going to make a burger, you’re going to make the best damn burger you can. You’re grinding your own meat, you’re using good quality ingredients. You also have your creative food as well, put them both together, that way you can kind of cater to everybody.”

After re-purchasing Brass Rail and opening Glen Head’s Heirloom Tavern in 2013, the reluctant restaurateur opened The Wild Goose in Port Washington late last year. “I made it a little more foodie-oriented but I made it more approachable. I had a squab dish entrée, I had braised rabbit and foie gras. But those things, they seem to move better when you bring them in for a special.”

While elevating comfort foods, Monkan mixes and matches, referencing all of his influences into one cohesive menu. “I went to culinary school, so there’s obviously the classic French training. I did my externship in Arizona, so I have a little bit of that Southwestern flair. My original inspiration was my grandfather and he’s Italian so I always have the Italian influence. When I sold [Heirloom], I was the chef for Nisen in Woodbury, so I was doing an American-Japanese fusion. So I have that Asian inspiration as well. I take a little bit of everything and put it all together.”