If Long Islanders had a dollar for every time they heard someone say, “I can’t afford to live here,” helping their friends pay rent would be easier than the decision to grab a bagel for breakfast. But several projects are transforming real estate, downtowns and the economy.

That’s good news for attendees at the 29th Annual HIA-LI Trade Show, Long Island’s largest B2B trade show and conference which takes place May 25 from 9am-3pm at the Suffolk County Community College Sports & Exhibition Center. The company provides a forum for business leaders to network and advise one another, but without growth and people committed to staying here, that cannot exist.

It’s why HIA-LI will host a panel discussion at the Trade Show Executive Luncheon from 11:30am to 1:30pm that focuses on projects that are reinvigorating the Island and, in some cases, areas that have long been down on their luck. Terri Alessi, president of HIA-LI, provided a sneak peek at the spotlighted initiatives.

Fifty-five thousand people work in the Hauppauge Industrial Park. Major generic pharmaceutical companies like Anmeal Pharmaceuticals and A+Z Pharmaceuticals call the nation’s second largest industrial park home. The sewage system is insufficient and nearing the end of its useful life, according to the Suffolk County Department of Public Works. Suffolk County established a sewer expansion project $67 million that would create increased capacity. The new plant would be capable of now handling 1.65 millions of gallons of waste water per day and serve approximately 400 parcels. It will enable businesses to run without sewage-related interruptions. What’s more, Smithtown has created overlay districts, a zoning tool used to preserve, revitalize, protect and enhance significant older areas within a community. They will allow more buildings to be built, and therefore open new employment opportunities. “You’ll see major growth,” promised Alessi, who added that HIA-LI and Stony Brook University have teamed up to conduct an economic impact study to look for more ways the park can grow and attract businesses. 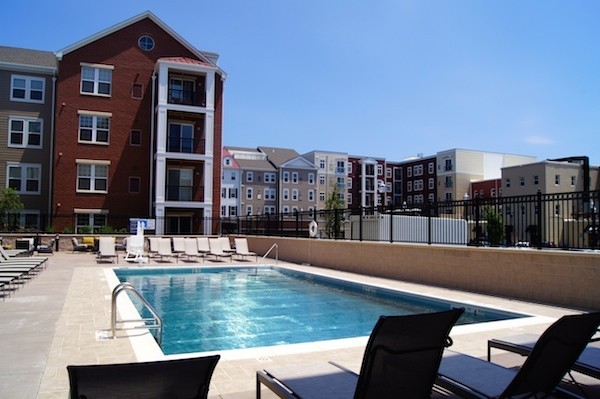 The Patch is back with more than just a trendy slogan used to publicize the ribbon cutting for New Village Apartments in 2014. The complex, built by Tritec Real Estate Co., has served as a lynchpin and centerpiece for the revitalized village since people began signing leases for the Main Street apartments sight unseen before they opened.

“Mayor Paul V. Pontieri really had a vision and Tritec Real Estate Co. was able to carry that out. There is a great example of you can live, work and play there.”

New Village includes a variety of apartment sizes, from studios to three-bedrooms, to give people and families of various sizes and economic statuses a home sweet home. The fact that the 291-unit space sits in the center of Main Street has created a walkable downtown. Businesses, particularly restaurants, have taken note of the increased foot traffic. In the last six months, five new restaurants have opened, including tapas-driven Flight and upscale Italian spot Locale, with more offerings on the way (Bay Shore’s Local Burger and Babylon’s Swell Taco are slated to open this spring). “It is just a happening place to be. They’ve really created an atmosphere where retailers really want to get involved with downtown Patchogue.” 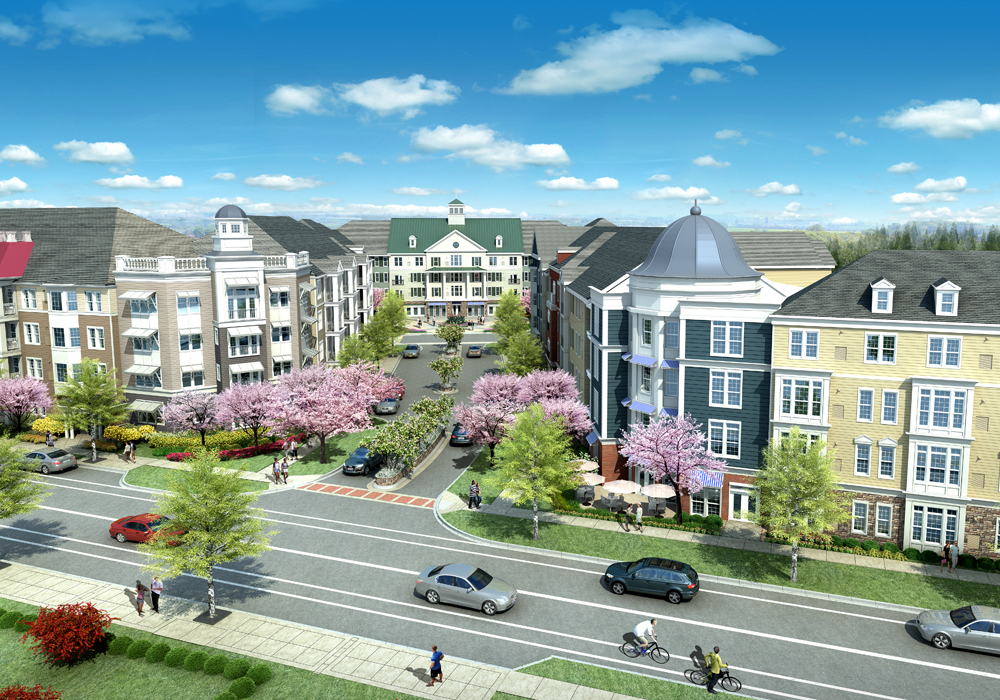 Another ambitious Tritec Real Estate Co. project, the Ronkonkoma Hub promises to bring a walkable downtown to an area where one does not exist. Like Patchogue, the Hub is poised to add a bevy of apartments and retail to the area, transforming it from a stop on the LIRR to an 18-hour destination. It’s an eco-friendly project to boot—it’s one of Long Island’s first LEED whole neighborhood developments. The Hub is expected to take another six to eight years to complete. 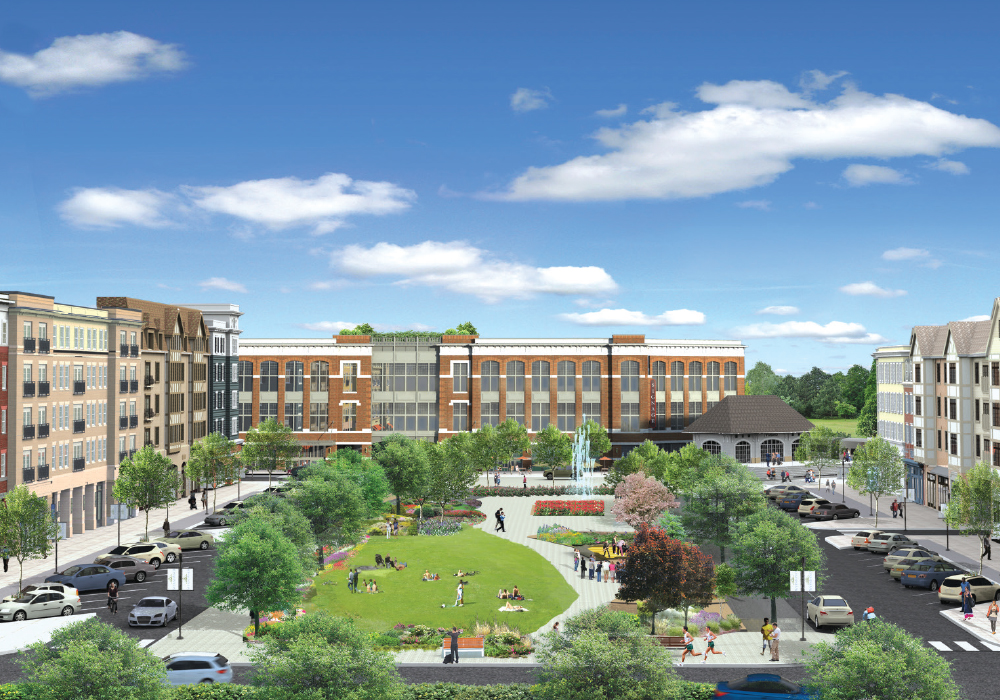 Wyandanch Rising is more than a buzzword, it’s a project setting the stage for the future in a community that has faced a 16 percent poverty rate and high crime. The village, with the help of a $500 million public/private partnership that is funding the project, is looking to use commercial and private real estate to revive the downtown area. A pair of LEED-certified buildings added 177 apartments, which range from studio to three-bedroom, within walking distance of the train station. In December, the Town of Babylon received $1.2 million from Suffolk County’s Jumpstart Suffolk program, an initiative started in 2013 by County Executive Steve Bellone, to bring the Long Island Music Hall of Fame to the area. A park, which will be home to a skating rink in the winter and live concerts in the summer, will serve as the development’s centerpiece.