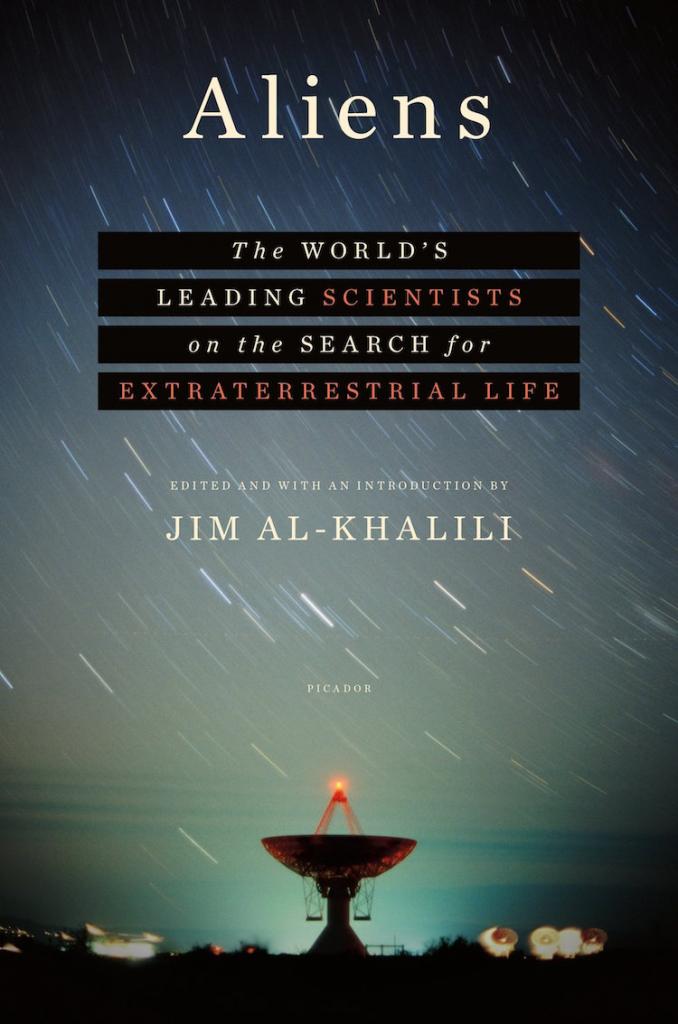 On a dark, stormy night, you might ask yourself that if you hear scratching at the door. Your mind may play tricks on you then, making you wonder if you’re being visited by something spectral, though it’s really just your imagination. Or maybe, says the new book “Aliens” by Jim Al-Khalili, you’ve got company.

That’s a question mankind has wondered since our ancestors first saw stars. In the late 1800s, astronomers presumed that we weren’t but modern scientists aren’t so sure. SETI (Search for Extraterrestrial Intelligence) has been around awhile and, accidentally or on purpose, we’ve beamed all sorts of electromagnetic babble into the galaxy with nary a reply. Is there anyone out there, or are they too far away to drop in for a cuppa to confirm their presence?

Let’s say that aliens are on their way here. What Earthly reason would they have for coming? It wouldn’t be for breeding purposes; the biology would undoubtedly be all wrong. If they’re advanced enough for intergalactic travel, they wouldn’t need humans for nutrition, nor would they need our oceans, resources, or even our planet for their survival. It’s true that they may want our knowledge or culture but why would they come in, um, person, when sending robots would be more efficient?

That’s a comforting thought, isn’t it? But then, consider what reportedly happened in Roswell and Area 51, what Betty and Barney Hill went through and all the abductions that supposedly happen every day, and you worry all over again. Science fiction only fuels the fire. Old black-and-white movies just fan the flames.

Is the truth really out there–and do we honestly want to know it?

Beginning with the foundations of biology, octopi and life’s elements, “Aliens” is one of those books that makes you feel as though you’ve entered a symposium of NASA and SETI researchers who are focused on answering the unanswerable.

That feeling isn’t far off, actually; the author collected essays from science professionals and researchers–his “Team Aliens”–to delve into the mysteries of life on Earth and beyond. There’s a lot of mind-blowing in that, and plenty of food for thought on not just whether life exists in other galaxies, but what it might look like. With such kinds of hypotheses, readers may be led to think beyond a comfort zone they didn’t even know they had–something that’s possible to do between chapters on SciFi writing and the silliness of old B-movies.

For some readers, this book may ask more questions than it answers. For others, it may not answer one thing. But for anyone who’s wondered if we’re just super-special within this galaxy, “Aliens” isn’t so “out there.”