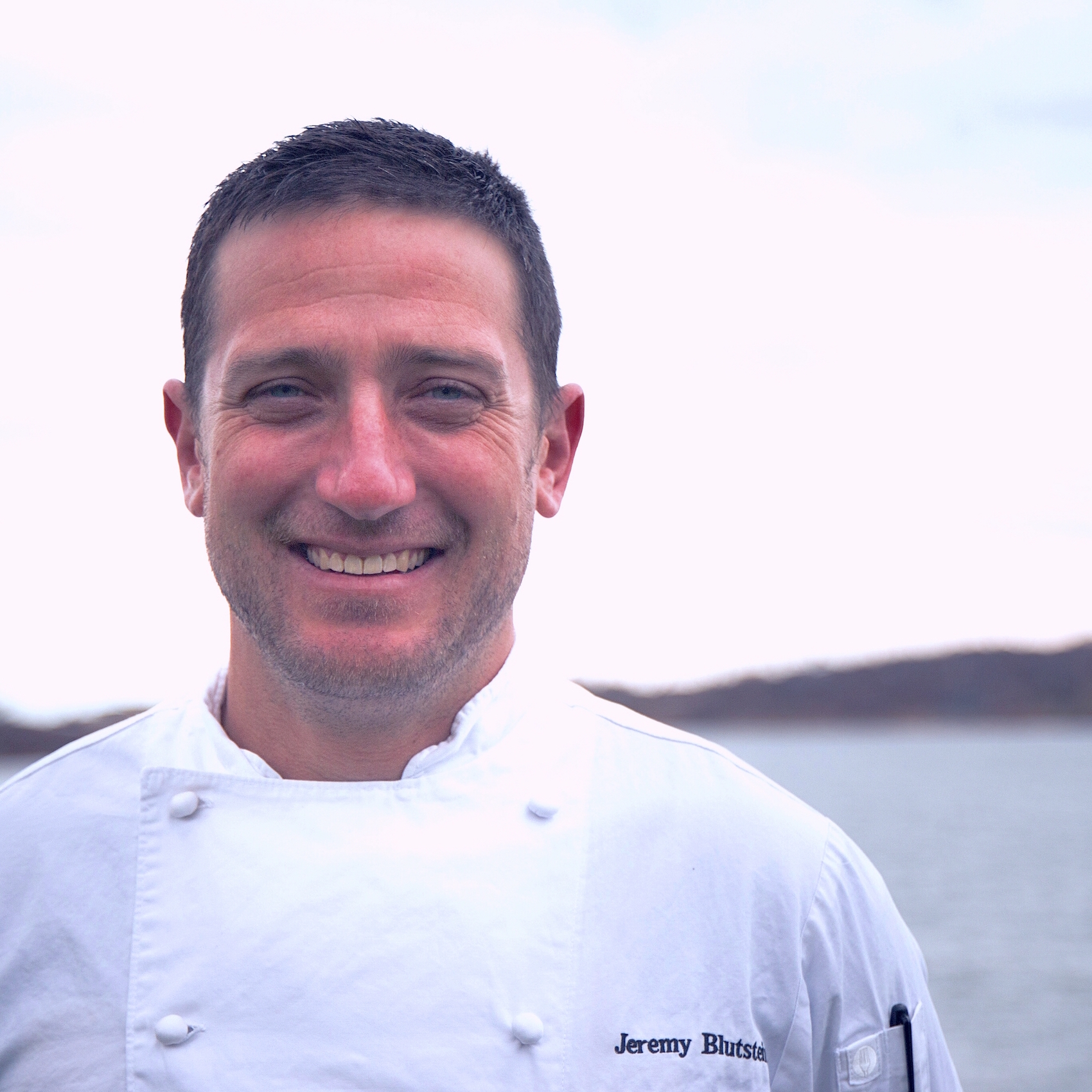 Once a favorite date-night spot for he and his girlfriend, Almond in Bridgehampton has become Jeremy Blutstein’s newest workplace. Hired as the chef de cuisine in April, Blutstein is working alongside executive chef Jason Weiner to continue to deliver French-style cuisine shaped from local products. The commitment to localism has made Blutstein’s transition to Almond an organic one.

“When you cook you very rarely ever sit down and eat your own food,” said Blutstein, who sharpened his knife in Montauk’s East by Northeast and Crow’s Nest and New York City’s Eataly, Margaux and Tremont. “Eating at Almond was so close in style to the way that I cooked; it was almost like I got to eat my own food.”

Blutstein stepped out of the kitchen to speak about his new position, what’s on the menu at Almond and how he spends a rare off day in the Hamptons.

Tell me a bit about your background and why you decided to become a chef.
I’ve worked in restaurants since I was 14 and it was just kind of a natural progression for me. Growing up on the East End, I was surrounded by so much availability of local products. My best friend growing up worked at Balsam Farm in Amagansett. I purchased most of my veggies from him. It makes for a cool relationship when your produce shows up in the back of your best friend’s pickup truck and the only job you have is to season it correctly. It made my job very easy.

You spent time cooking in both Montauk and NYC. How does the culinary scene differ?
NYC is a year-round venture. In Montauk, it is really kind of crammed into July, August and [September] now that people have figured out that [it’s also] really nice. People are demanding a higher quality of food in Montauk but that is because NYC restaurants have opened out there. They are expecting a well-curated wine list and plated, smart food. There really isn’t that much difference in the summer. Obviously in the offseason you are dealing with a totally different animal, as most resturants in Montauk close down by Columbus Day. It is important to create a price point that is somewhat affordable during the offseason for the locals and create a higher level of cuisine during the summer to facilitate the needs of the people in the city. 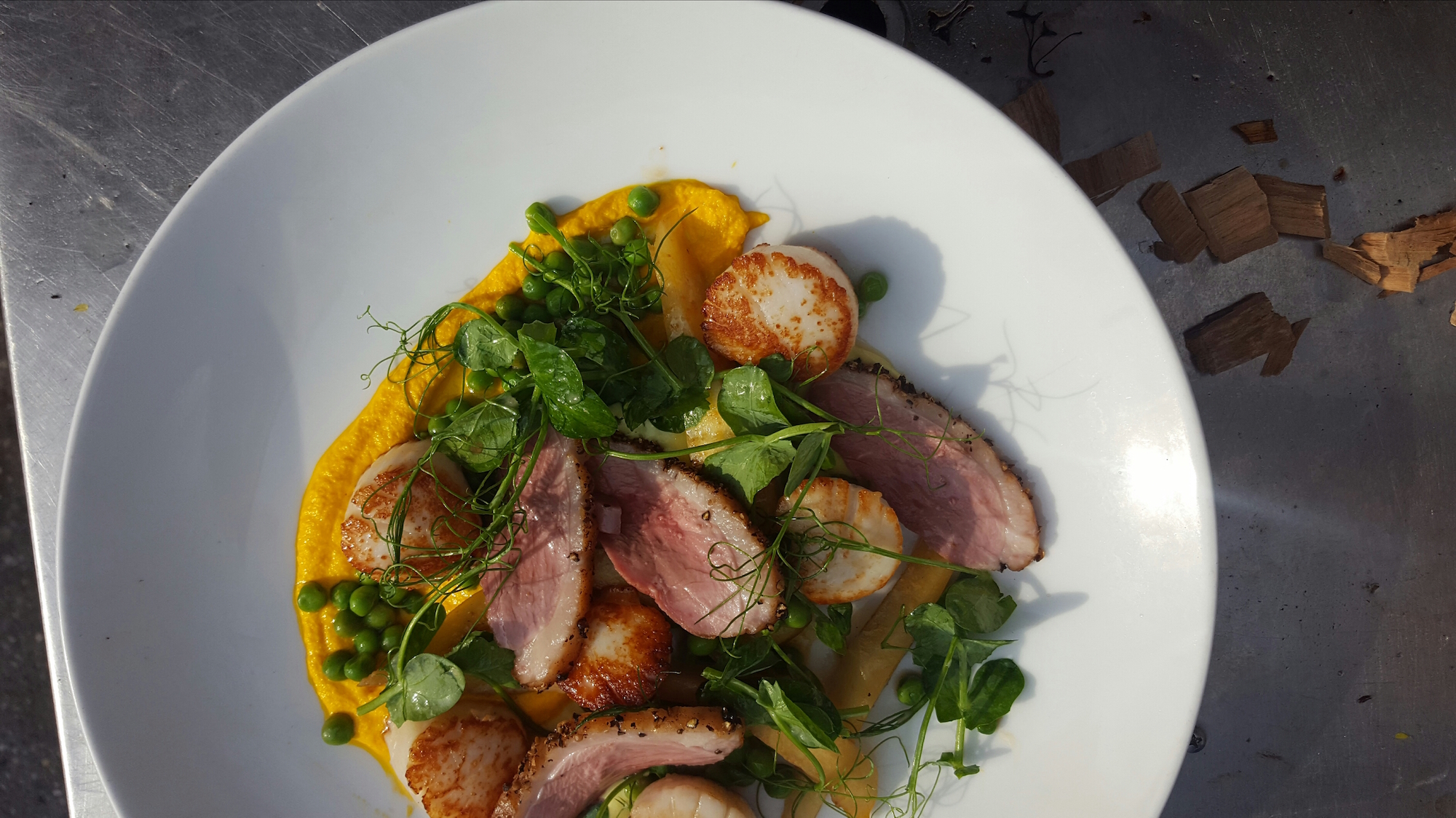 What excites you the most about working at Almond?
Jason and I share very similar views on sourcing as much product as we can locally…It gives me a bit more options [with produce] since more farms are closer to us in Bridgehampton [compared to Montauk].

What inspires the menu at Almond?
There is a good nod to the classics (classic techniques, classic cuisine), but then there is a lot of fun too. The actual menu items are dictated by what’s available seasonally and if its not available in season then it’s the kind of thing we ferment or pickle [that way] during the winter we are still using local product.

What is your favorite dish on the menu and why should we love it?
We just added an octopus dish which is pretty cool. It’s grilled Spanish octopus plated with everything from sunchokes from Eeco Farm, sunflower greens from Goodwater Farm and ramps aioli. We are also doing gnudi with arts ricotta from Mecox Bay Farm and stinging nettles from Quail Hill Farm. The lamb meat balls in the dish are from 8 Hands Farm on the North Fork.

When you go out to eat what types of restaurants do you favor?
Unfortunately, the restaurant of choice for my girlfriend and I was Almond. [Laughs] that kind of screwed up date-night. She is the head bartender at Scarpetta at Gurney’s and we would take the trip from Montauk to get out of town and enjoy a good [local] meal. Nick and Toni’s is always a favorite, Highway Diner and I’m always a sucker for breakfast at Estia’s.

On a rare day off, what’s your perfect summer day in the Hamptons look like?
I haven’t had one in so long, but on a beach that isn’t completely overrun, with a book and that’s it. Peace and quiet for as long as I can get it.