Horse racing, fox hunting, shooting, fishing and polo once dominated Long Island’s recreational scene for the social elites. One of those wealthy folks was the famous owner of Planting Fields, William R. Coe.

The 400-plus-acre estate in Oyster Bay, which Coe donated to New York State in 1949, has Long Island’s glamorous past on full display with the new exhibition Sporting Life On Long Island: The Great Estates Era. It features photos, videos and artifacts from this era which helped shape Long Island’s essence.

“It’s a wonderful show because it sets the context for these great old houses on Long Island that were built after the Civil War and through about the 1930s,” said Henry B. Joyce, executive director of the Planting Fields Foundation. “The show is about how these well-to-do New York City businessmen and their families would come to Long Island to pursue sports and leisure.”

Horse racing is notably highlighted with Coe’s presence at the Belmont, Aqueduct and Jamaica tracks. His estate housed dozens of horses, including his three champions: Cleopatra, Pompey and Black Maria. The cups Coe proudly won are showcased along with the Lenox dinner plates he had made in honor of his beloved horses. Around the rim of the plates are green polka dots symbolizing his racing colors along with photos of his animals in the middle. 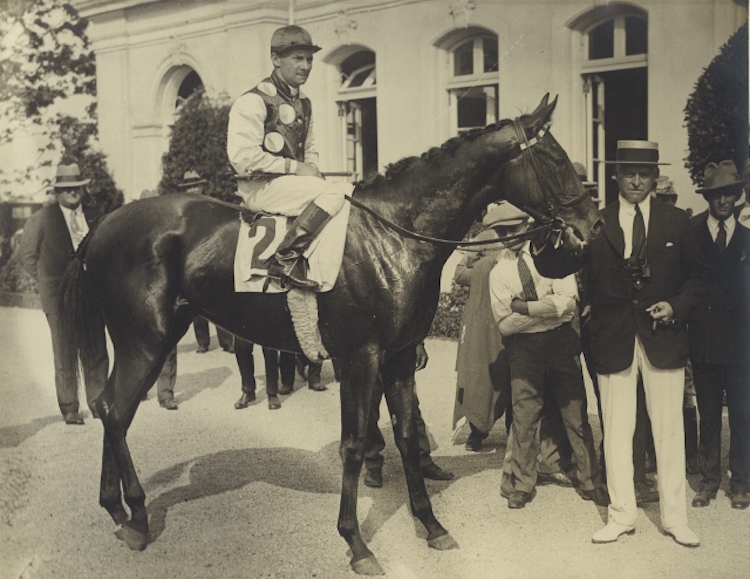 Fox hunting, brought over by the Brits in the colonial times, is also showcased with clothing, videos, paintings and prints. But unlike fox hunting which no longer exists on Long Island is polo. The sport is a glorious part of Long Island history because of the Meadow Brook Club, which hosted international and national matches. The exhibition features a video from the 1920s showing the prideful moment the American polo team beat Britain for the first time. Polo is still played every Sunday at the Bethpage Polo Club while other components of the exhibition like fishing are still prevalent on Long Island.

Sporting Life On Long Island took several years to come to fruition. Joyce had been collecting prints for the last three years with help from curatorial assistant Andrea Crivelli. His hope is that visitors will gain more knowledge of this era and, most importantly, a deeper appreciation for Planting Fields.

“They will leave understanding that this era of Long Island’s history did in fact make such an impression on Long Island…and therefore will treasure the Planting Fields more and understand how important it is that it is here,” he said. “It’s so well worth preserving.”

Sporting Life On Long Island: The Great Estates Era runs every day from 11:30am-3:30pm through October 1.