Though Long Island’s bouldered North Shore makes for a great foreground in sunset pictures, journeying through the Long Island Sound was a dreaded activity for sailors and naval merchants for centuries. Jagged rocks left behind by massive glaciers and abrupt shoals formed through wild storms created a need for the lighthouses still standing today. There have been more than 30 lighthouses built along the major harbors of Long Island. Some have fought through hurricanes, arsonists and brutal New York winters to keep sailors safe. They now serve as sweet spots for strolls and Instagram snaps. 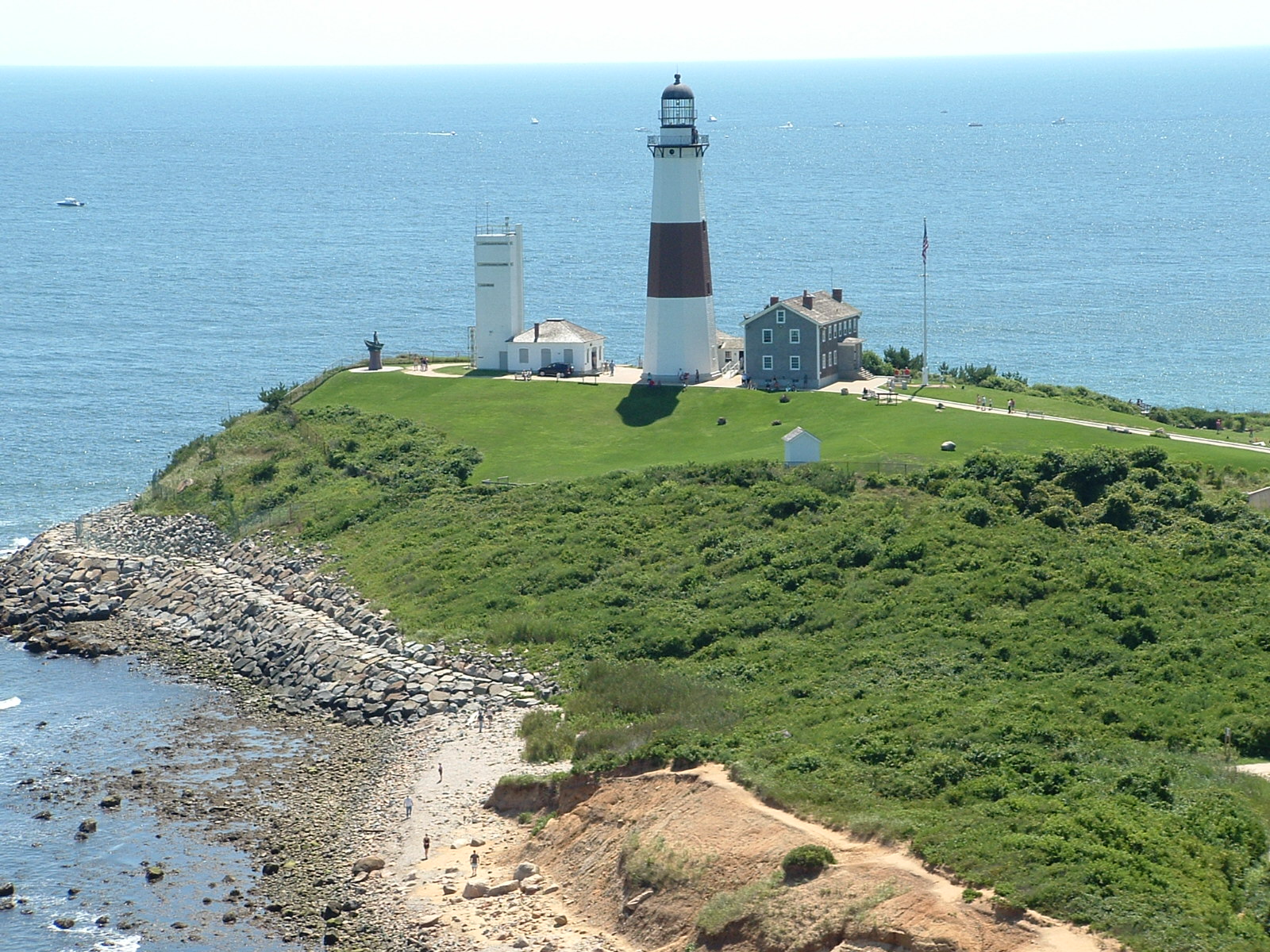 The Montauk lighthouse is considered a National Historic Landmark, and for good reason. It’s the oldest lighthouse in New York State and has been actively aiding in maritime navigation since 1796. This 111-foot-tall sandstone structure offers 360-degree views of the Block Sound and Atlantic Ocean, making it a beautiful location for photographs.

This 60-foot granite, brick and stone lighthouse has stood in the middle of the Long Island Sound since 1850. It got its name from rather gory tales. Legend has it the British used to execute colonial Americans by tying them to the reef at low-tide. These days, it’s a more welcoming establishment. Visitors can stay the night in the lighthouse fitted with rustic furnishings. 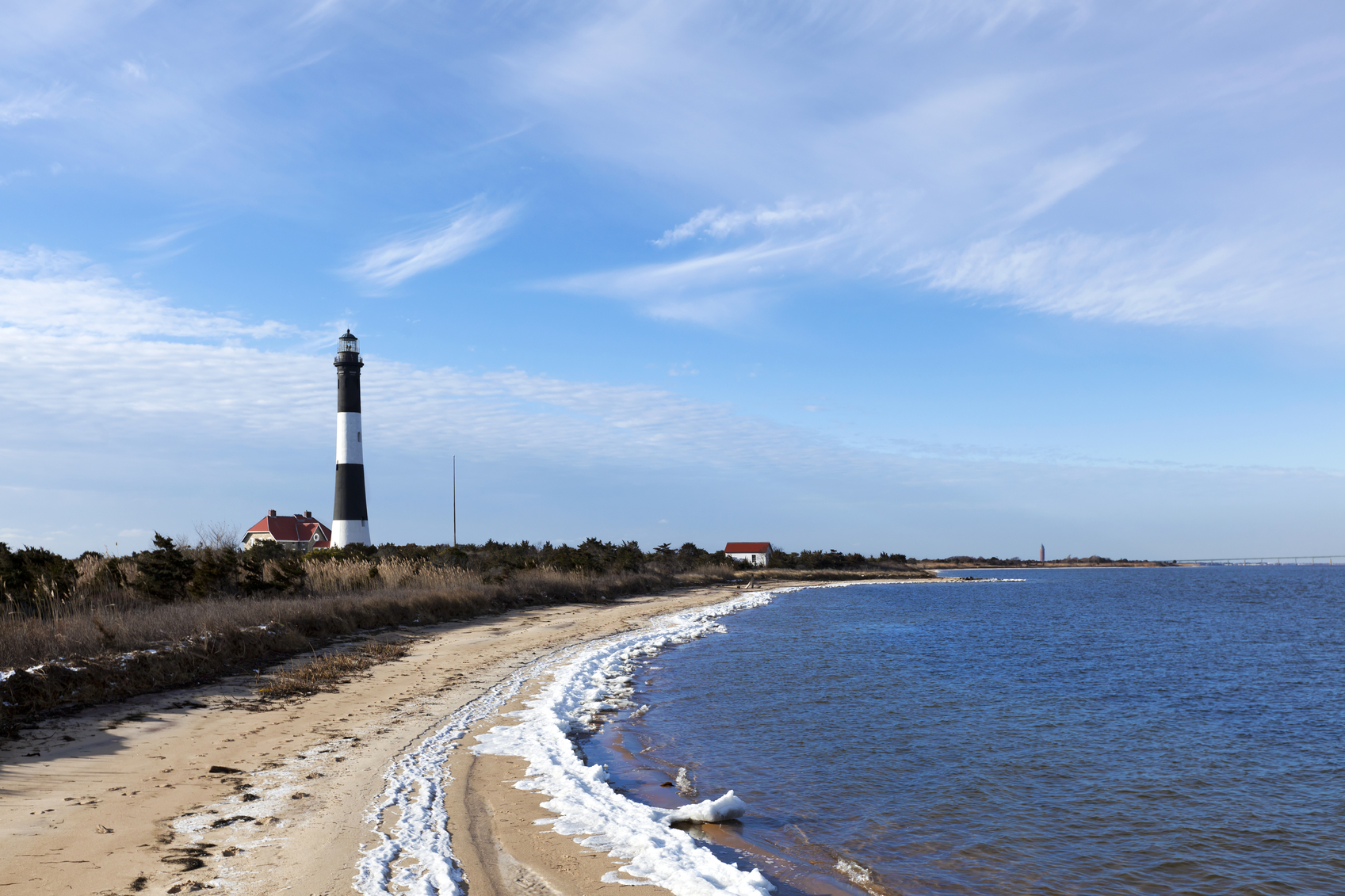 Fire Island Lighthouse from the Great South Bay side.

Originally built in 1826, this brick and cement lighthouse sits on a barrier island of the South Shore. The tower was decommissioned in 1974 when lights were installed in the Moses State Park Water Tower. The Fire Island Lighthouse Preservation Society raised more than $1 million to put this landmark on the National Register of Historic Places in 1982. It was relit and reinstated as an official aid to navigation in 1986. More than 100,000 visitors trek to see this magnificent structure every year, which is no surprise given Fire Island’s bustling summer culture.

As maritime traffic increased, Old Field point was built between the harbors of Port Jefferson and Stony Brook to help sailors stay away from the island’s rocky reefs and sandy shoals. Home to several of the first female lightkeepers in the nation, this structure has been standing tall at 30 feet since 1823.

Also known as “the coffee pot,” this lighthouse built in 1899 had to fight its way to becoming a landmark in the National Register of Historic Places. In 1970, the Coast Guard threatened to extinguish and demolish the Orient Point Light but public outcry led to restoration and preservation. It’s currently in active use and has a working foghorn to boot.

Formerly known as Lloyd Harbor Lighthouse, this tower is another example of the public coming together to save a historic landmark. It was originally built to guide sailors into the Lloyd Harbor where they could find safe anchorage during a storm. Rebuilt of granite for protection from the icy sea winds, the lighthouse took its current form in 1912 and is still active in naval navigation.

Named after the Shinnecock Indian nation, this red brick tower was built in 1858 to light the 67-mile journey from Fire Island to Montauk. It was an impressive 168 feet and mariners initially confused it for the Montauk lighthouse. However, after strikes of lightning, fires and hurricanes, the structure toppled to the ground in 1948. Now, a 74-foot-tall skeletal structure guides sailors along the coast to New York City.

This lighthouse has an interesting history due to its proximity to the lavish Hempstead House, a must-visit for the Gatsby-loving crowd. It was activated and deactivated multiple times since its construction in 1806 and has been plagued by erosion ever since. The brownstone structure holds many stories of guests and socialites of the estate. 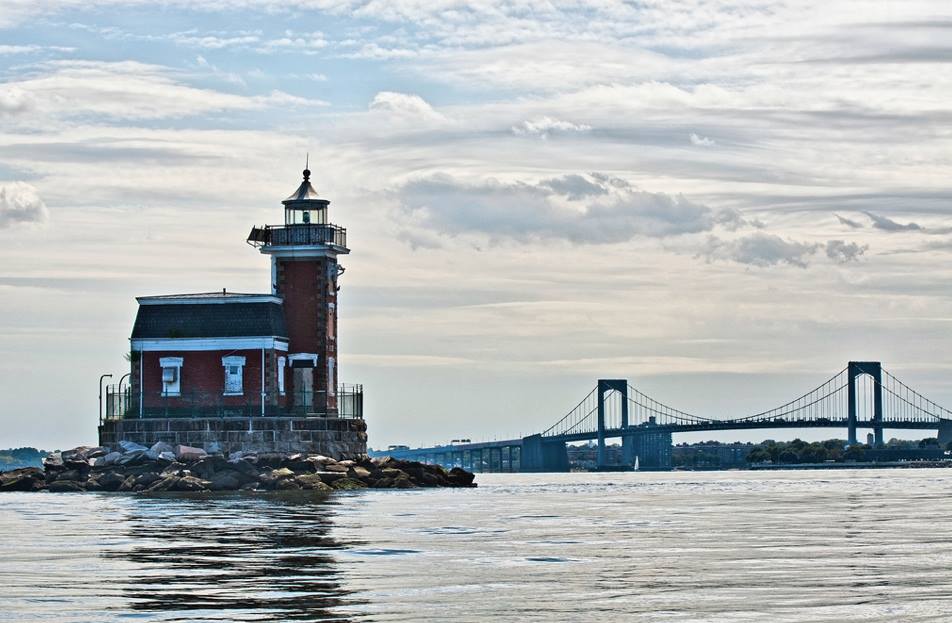 This Victorian-style lighthouse in Nassau County also goes by the nickname Devil’s Stepping Stones, which stems from Native American legend. The story goes that the Siwanoy (a Native American tribe) was chasing the devil (Habboamoko) off of their land. Habboamoko saw stepping stones in the low tide of the Long Island Sound and danced across the rocks to flee to Long Island. Stepping Stones has been in active navigation since 1877 and as of 2016 received funds to be restored.

Eatons Neck, a 73-foot freestone tower, was the second lighthouse to be built on the Long Island Sound. It was a constructed out of necessity: Rocks north and east of the lighthouse had seen more shipwrecks than any other location on Long Island’s shore, while boat remains and bodies often washed up on the coastline. After almost 200 years of operation, Eaton’s Neck was scheduled for demolition. The public was able to save it by having the tower placed on the National Register of Historic Places in 1973.

This lighthouse was built in 1890 to mark the shoal outside of Lloyd Harbor. It was scheduled to be torn down by the Coast Guard but Lady Glen purchased it for $1. She saved it from demolition but not from its historic location. The lighthouse was taken onto the mainland by barge, making it the only lighthouse on Long Island to have been moved from its original site.

Long Beach Bar is a truly resilient lighthouse. Since its construction in 1870, it has endured hurricanes, arsonists and gunshot damage. The current fixture is a replica of the original and is in active use by the US Coast Guard, despite its short deactivation in 1945. There is also a B&B for overnight stays.