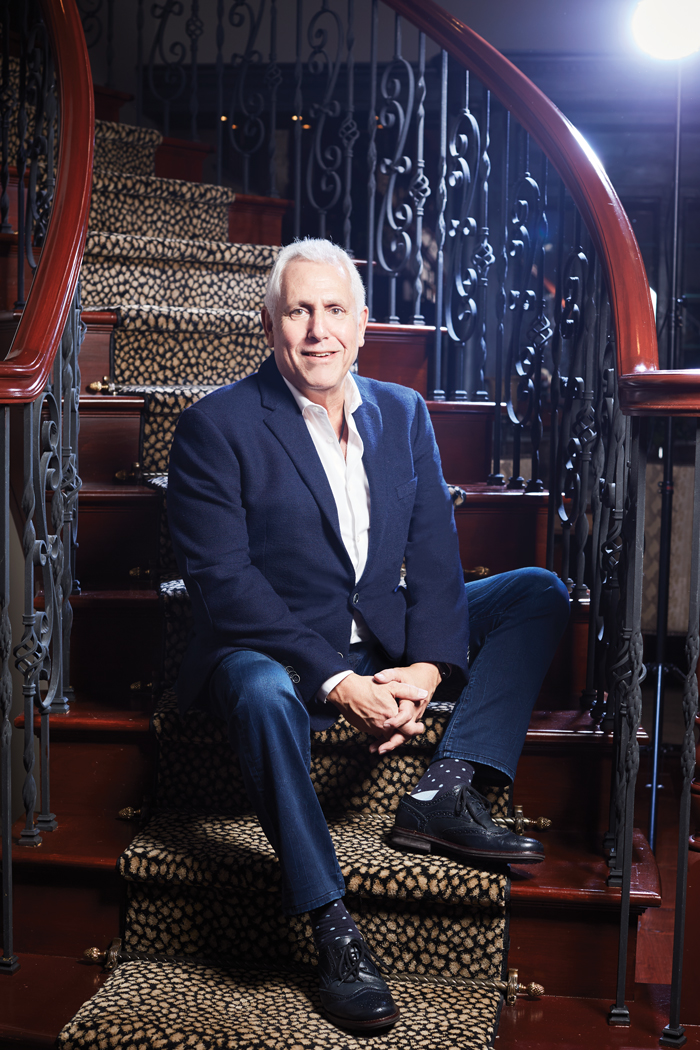 Barry Paley takes his horoscope to heart. As a Gemini, he likes to say “I’m a ying and a yang. I have a creative side and a business side.”

Whether his ability to be versatile comes from the stars or his background working in women’s fashion, where he helped spearhead the movement for plus-sized clothing in the 1970s, is up for debate. What isn’t is that being tapped into both sides of his brain has served him well in real estate.

The Laffey Real Estate agent, one of Pulse’s 2017 Power Brokers, helps clients find home sweet home on Long Island and in warmer-weather locations around the globe, including the Carolinas. Paley spoke about his pre-real estate life, favorite spots on Long Island and hottest places for snowbirds.

What got you into fashion?
I had family members who were on the other end of it, which was retailing. I was down in Miami working on a road work crew and construction crew. I was 20 years old. At the time, my father said he saw a hole in women’s large-sized clothing. He was on the retail side. He hooked me up with his cousin who worked in the blouse business and I went to New York to work for him. Within three years or so I went out in my own business.

Do you miss Miami winters?
This month I do because I just came back from Cabo <laughs>. I still go back and forth to warm-weather climate. I have a lot of clients who are snowbirds and people who move east to west.

What are some places you’d recommend for people looking to live or own a winter home in a warmer climate?
The Florida market is good right now but a lot of people have mixed feelings on Florida. Arizona is another great option. The Carolinas are on fire.

What has made the Carolinas come on in the last couple of years?
You can miss the ice storms but you also are not dealing with the heat of Southern Florida. Because there are developing areas, you can get the most bang for the buck. If you look at the prices of homes here for $1 million and what you can get for a house down in the Carolinas, it’s a big difference. Charleston and Asheville has great restaurants, farm-to-table. They’re every bit as cool.

As for Long Island towns, what are some great places to live?
I’m partial to the Gold Coast. I really cover Lloyd Neck to Great Neck. In particular, Oyster Bay is a great town. It’s the alternate Hamptons. There are a lot of great restaurants there. We have the Arboretum. Bayville is a great area. I cover South Shore also. I’m originally a South Shore boy. We’ve got our beaches.

What are your favorite restaurants?
I’m a foodie. I get out to explore all that. A friend of mine just opened a great new restaurant in Oyster Bay, Osteria Leana. Peter [Van Der Mije] is a great chef and proprietor. We have Grasso’s in Cold Spring Harbor where you can go in on Friday night and enjoy jazz and good food. I like a restaurant called Cassariano in Mineola. It’s just bordering Glen Cove Road. They have an appetizer of shrimp and arugula that’s absolutely phenomenal. It has a little private wine room. Bella Notte in Syosset is a favorite of mine. They were one of the first ones out with the spaghetti squash in a bolognese sauce. Platia in Syosset. They have great Greek food, a couple of cheeses flown in from Greece. And steakhouses, we propagate those. I’m often at Rare or Prime.