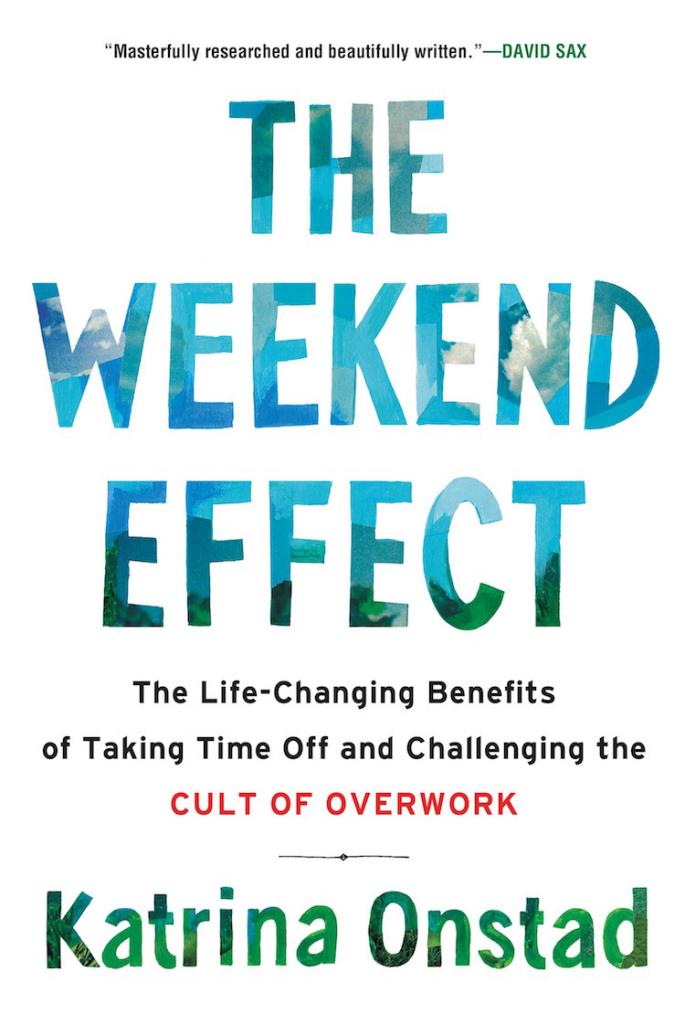 Last weekend just flew by, but it probably doesn’t matter anyhow. It was packed with work, to-dos, obligations, kid’s sports and some more work. Sometimes, you wonder why you even bother; you might as well just go to the office. But read “The Weekend Effect” by Katrina Onstad before you zip out Friday afternoon.

Related Content: “The Schmuck in My Office” Book Review

When was the last time you had two full days without plans?

If you’re like most working adults, answering may take you a few minutes. Chances are, it’s been awhile. Like millions of North American employees, our weekend is “not a weekend at all.”

Much like the seven-day week, weekends are manmade things. Ancient civilizations created our modern week, the Old Testament demarked a day of rest and employers tried forcing workers to toil most of both. In 1791, U.S. carpenters held the first strike over hours; the eight-hour day started to take hold in the late 1800s; and Henry Ford introduced a five-day workweek in 1926. Generally, there we were until the digital age, when employees could—and do—carry work with them everywhere.

Considering that 15th century serfs enjoyed a holiday-filled church calendar, says Onstad, you may work more now than did a Medieval peasant.

That’s not good for mind or body, and employers are starting to recognize that. Known for obsessively-focused marathon workweeks, Silicon Valley may taketh away, but it also giveth: some high-tech start-ups offer employees flex-time and demand down-time. Your boss may welcome happier employees who aren’t so stressed. Four-day workweeks aren’t rare anymore, nor are half-day Fridays.

And yet, Onstad says, if someone asked you what you’d do with free weekends, you might struggle with a list. Think: you can actually visit with real people, in-person. You could volunteer more, read more, attend more church, or go for more walks.

In short, you can stop, and learn to do less.

What would you do with two unencumbered days? Imagine the possibilities and then read “The Weekend Effect.”

While it might seem that few people need convincing when it comes to taking time off, the author shows, in her first pages, why some people feel trapped into working more. Readers might see themselves in some of Onstad’s short profiles—we obviously have compatriots in our drivenness—as we learn why a “cult of overwork” is detrimental to both individual and to a business. Yes, we can brag, but it’s unsustainable and we’re hurting ourselves, as it turns out.

Once you have the ammo needed to try to make change, Onstad offers things that might now take up that newly-gotten free-time. There’s a surprise in that also as whatever you think you like to do on your weekends, you could be doing it all wrong.

This book is eye-opening, but it may also tell you something you already know: you work too hard. For confirmation, though, or for further reasons why you need shut off your phone and find a hammock, “The Weekend Effect” has that all zipped up.