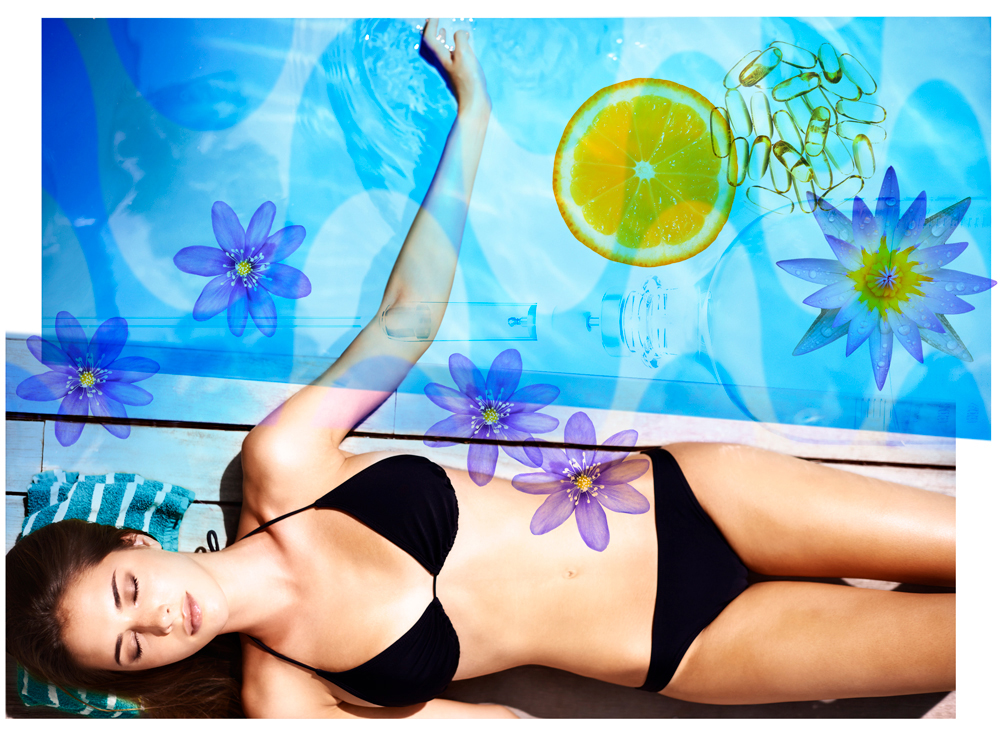 Medical science may still be dreaming of a magic bullet that promises perfect health, but a new twist on an old treatment is having similar effects.

Nearly everyone’s had an IV. Traditionally used by doctors and nurses to deliver fluids quickly and safely, the hospital room hallmark is becoming increasingly popular outside of medical offices. Today, intravenous therapy is being implemented to treat more than dehydration or as a means to deliver anesthetics. Wellness facilities are reimagining this technology, unlocking its health boosting powers in a spa-like setting. It’s being hailed as a wellness cure all, being used to strengthen the immune system, sharpen mental alertness and even cure hangovers by delivering a straight shot of amino acids, vitamins, antioxidants and other supplements.

In recent years, there’s no doubt that mainlining these feel-good vitamins and supplements has become mainstream. Celebrities such as Khloe Kardashian tout weekly IV infusions to boost health and energy. IV therapy is effective in circumventing the digestive system. Fluids are pumped directly into the bloodstream intravenously, allowing the body to immediately absorb the entire dose. Conversely, when supplements are administered orally, the dose first needs to be absorbed by the digestive tract, which can slow its effectiveness. Additionally, higher doses can also be administered via IVs since the treatment isn’t limited by what the stomach can digest and tolerate. In short, IVs deliver a faster and more direct treatment than a pill ever could.

Dr. Erika Schwartz, an internationally renowned thought leader in the field of preventative medicine, envisioned the use of IVs outside the hospital early in her career.

She previously oversaw the trauma center of a New York City hospital where IVs were administered to treat extreme instances of dehydration and illness. “It made me think that certain IVs would be a really appropriate tool for prevention and care outside the hospital,” she said. “In the alternative [medical] world, IVs are used routinely. In the conventional world, they weren’t.” Today, Dr. Schwartz combines these two worlds of medicine by offering IV therapy as a means of prevention as well as treatment at her Manhattan-based practice, Evolved Science.

Dr. Schwartz’s patients come to her for a variety of reasons, but the most common are liver detoxification and immunity boosting treatments. “The contents [of the IV] change based on what we’re focusing on,” she said. “If somebody is jet-lagged and needs to be in a high-powered meeting two hours from now, we will give them a cocktail of ingredients that will clear their mind very quickly—they won’t be foggy and they’ll be able to focus.” For detoxification, the IVs typically include a mix of glutathione (an enzyme that provides detoxification and anti-inflammatory effects) and amino acids, the building blocks of proteins and the immune system. The immunity boosting IV formulas typically contain amino acids, vitamin C and hydrators like saline.

On Long Island, spas and wellness centers are getting in on IVs as well. Natasha Copelin, R.N., B.S.N., founded Vibrant Rejuvenation, a natural beauty spa in Commack that offers IV therapy to treat everything from skin cell turnover to fatigue. And treatments are far from hospital-like. Patients sit in a comfortable room with the IV in their arm for 30 to 40 minutes while the drip is administered. Copelin says patients typically relax or catch up on texts, but Vibrant Rejuvenation also offers spa services, such as facials, that can be applied at the same time. Another bonus: “There’s no downtime for recovery. [Afterward], they’re up and out, revived and refreshed.”

To answer the million-dollar question, “Are IVs an effective treatment?” According to Dr. Schwartz, “Our patients don’t get the flu. We’re creating a system where you’re supporting the patient in prevention and truly preventing disease.” It just might be worth a shot.