Two restaurant veterans who teamed up to launch The Village Idiot Pub in Oakdale last year are at it again with plans to debut a steak and seafood operation. Called Drift 82, the new restaurant is set to open at the former On the Waterfront location on the mouth of the Patchogue River by mid-June.

John Sarno, who also owns The Village Idiot Pub in Patchogue, and Tim Kelly, owner of The Lark Pub & Grub in East Northport, have plunked down “well over $500,000,” Sarno said, to gut the restaurant, which was badly damaged by superstorm Sandy in 2012. It re-opened for a time before closing for good last year.

The duo originally planned to open by Memorial Day, but they kept finding things that needed to be repaired. Downstairs, they are adding ceiling-to-floor doors on the dining room side and open windows on the west side.

“When you’re sitting down eating dinner, you’re going to have a full view of the Great South Bay,” said Sarno. 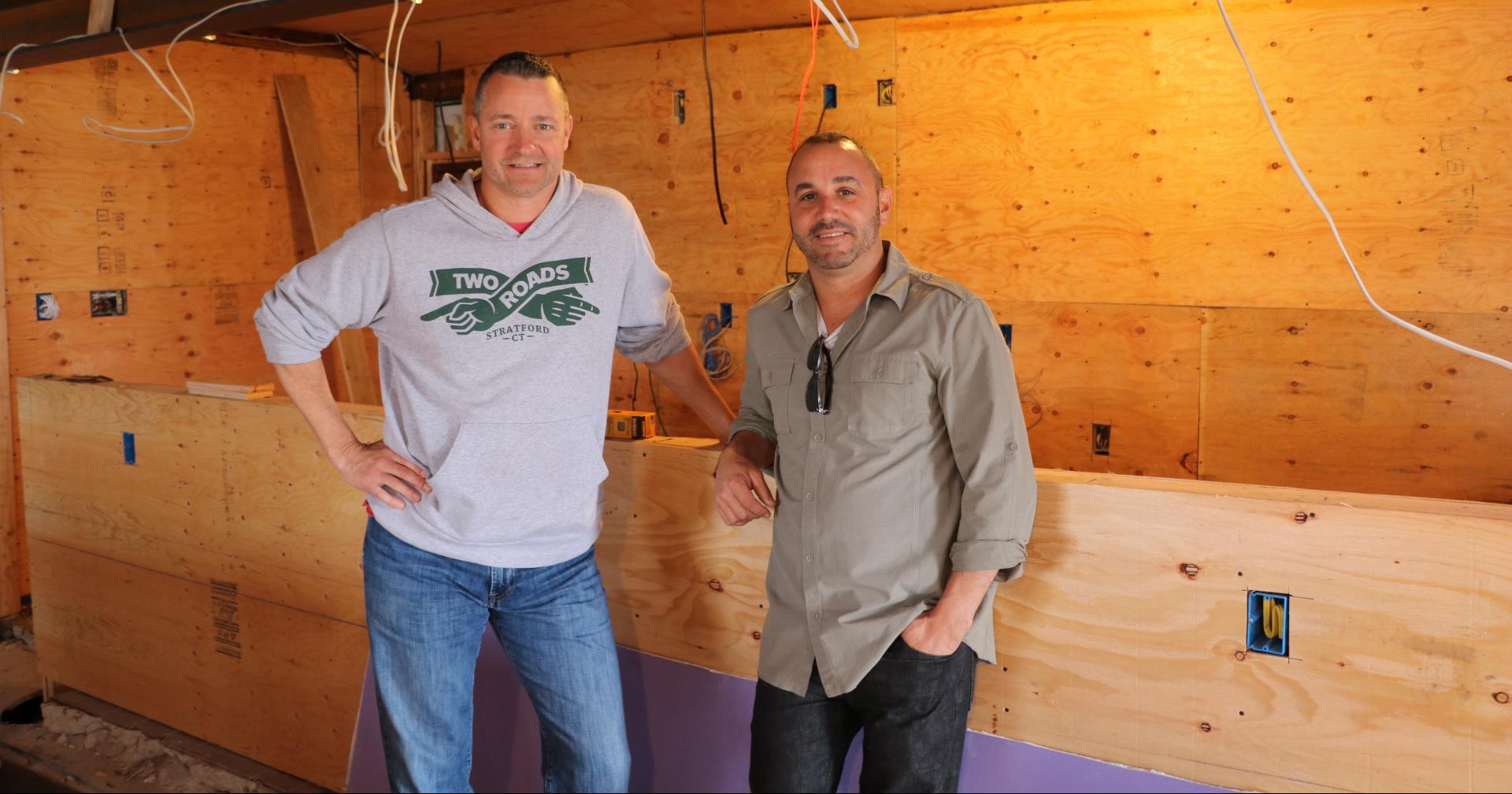 They are also ripping up the parking lot, giving it a new surface and pitching it away from the restaurant. Additionally, the gazebo bar is being renovated and the restaurant has boat slips available for nautical visitors. If all goes well, plans are to add a rooftop deck, along with a sliding door and wet bar.

“All [of] our other places are geared toward the bar scene,” Sarno said. “This is going to be geared to the restaurant scene…We’re going to be delivering higher-end food. Even though it’s in the same business, it’s two different aspects.”

The rustic, nautical-themed restaurant will have brunch on Saturday and Sunday (starting after July 4), a raw bar and growlers to go.

The lunch menu will include light fare like burgers, wraps and salads. The dinner menu will boast an assortment of seafood appetizers and five different cuts of steak, including a 28oz porterhouse, a 24oz rib eye, a New York strip, a 10oz petit filet mignon and a 14oz filet mignon.

And during the summer, when seafood is at its peak, Sarno said Drift 82 will be a beacon for people headed back from excursions on the water.