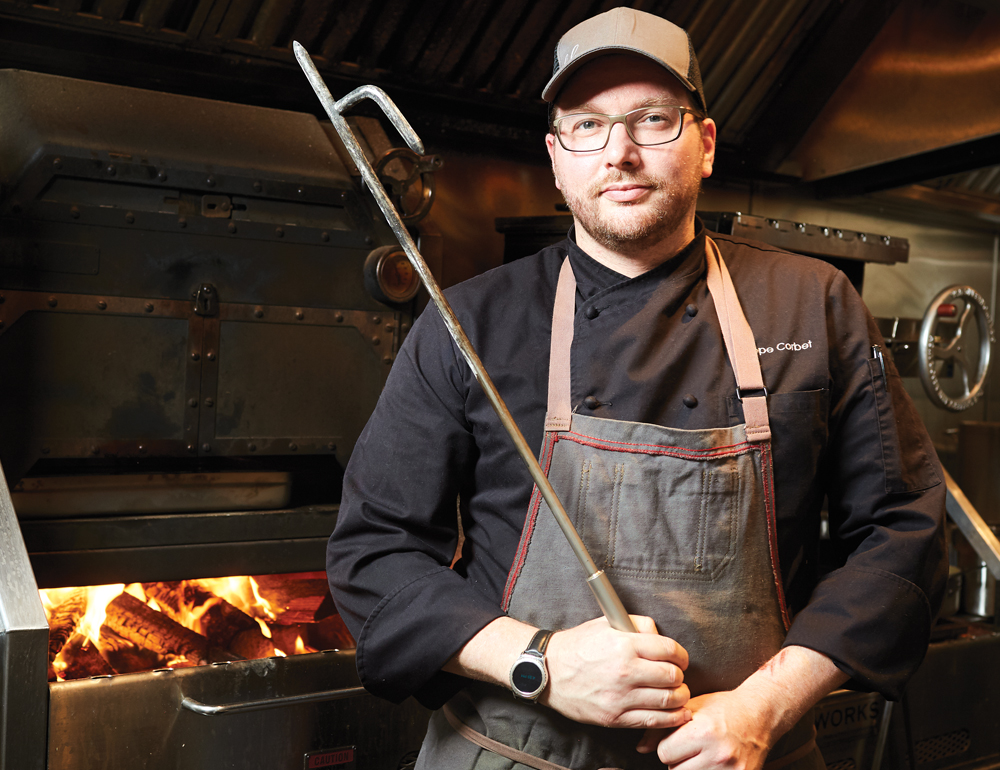 “I’m not pretty but I’m going to look pretty standing by that,” chef Philippe Corbet proclaimed as a proud grin stretched across his face. “That” is a newly installed wood-burning oven which, along with a complementing wood-burning grill, is the center point of the building and the lifeline of the menu at Lulu Kitchen & Bar, where Corbet has commandeered the kitchen since the Sag Harbor eatery opened last month.

Everything about this enterprise is original for the Frenchman—the restaurant, the location, the cooking style. It’s a new challenge for a man who likes new challenges.

Born and raised in the French Alps, near the borders of Italy and Switzerland, Corbet was more inclined to roam the great outdoors than find himself in the kitchen. But as a teenager he was forced to choose a professional track and, coming from a family of chefs, he took the culinary path (after being told his first choice—photographer—didn’t provide many job opportunities).

“In some schools in France, you go to school one week a month and you go to work three weeks a month. That’s how I started—there was a star Michelin restaurant in my town. I wasn’t sure [about being a chef] at first but 15 days in I was sold.”

Getting a start at a Michelin restaurant was his first break. The next was a phone call. “A friend of mine that I worked with in France called me and said, ‘You’ve got to come to Long Island.’ I was thinking, ‘New York City? I don’t know, I’m a country boy.’ Three weeks after he called me, my apartment had a fire and I lost everything.” 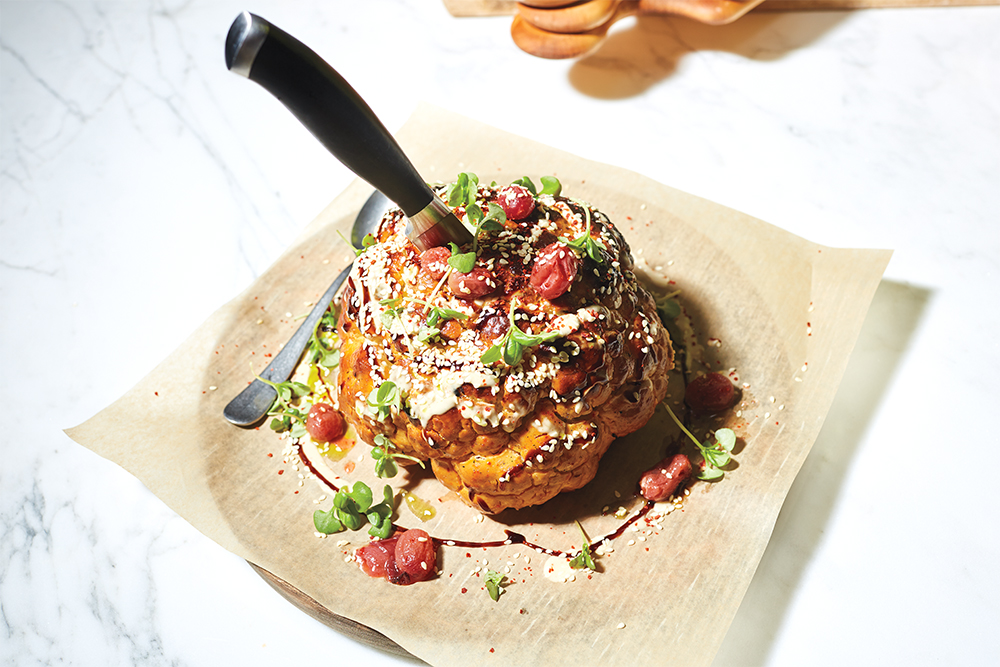 Free from the burden of material possessions, Corbet made the trans-Atlantic flight and landed at the Hamptons’ Stone Creek Inn. Over the past 16 years, Corbet has made stops in several top New York restaurants, including Tribeca’s critically acclaimed Bouley. Last year, he helped Lulu’s owners open Arbor in Montauk. When they came to him to helm their newest establishment, there was only one condition: “If you give me the grill.”

Why the wood-burning excitement? “You kind of have to relearn how to cook. The heat is way more powerful. This will go to 800 degrees. It’s alive. It’s not like just turning on a burner. It’s a very different way to cook—the smell, the taste. If you have great product, it brings it to another level.”

And Corbet plans to fully utilize his new toys. “We’re going to make our own breads, two or three different types of pizza. We’re going to try to do some cowboy rib-eye, some whole fish.” The entirety of the menu will highlight the local ingredients, which were the initial draw in his move stateside. “You have everything on the Island from the fish, all the farms and the fresh produce, the poultry. I’m amazed. Last year, I had a fish monger bringing fish straight from the boat.”