Long Island’s coastline is awakening and the waterfront is a constant reminder to residents of why we put up with the traffic and taxes characteristic of this region to begin with. That calling of the shoreline attracts visitors as well—a mass exodus eastward that usually begins around 2 or 3pm on Fridays and points straight for the East End. But there are a series of smaller islands off the coast of Long Island that serve as the perfect antidote for the desire for a weekend getaway during summer months. For those who make the inter-island trek, these isolated spots reward visitors with not only some of the best scenery the region has to offer, but a sense of peaceful isolation that seems impossible in such close proximity to Manhattan. Limited hotel options, especially in areas where cars are a rarity, make seasonal rentals instrumental in powering the local economies. For those with the time and fiscal wherewithal to invest, there is money to be made and opportunities to be had within the strong rental market on Long Island’s archipelago. 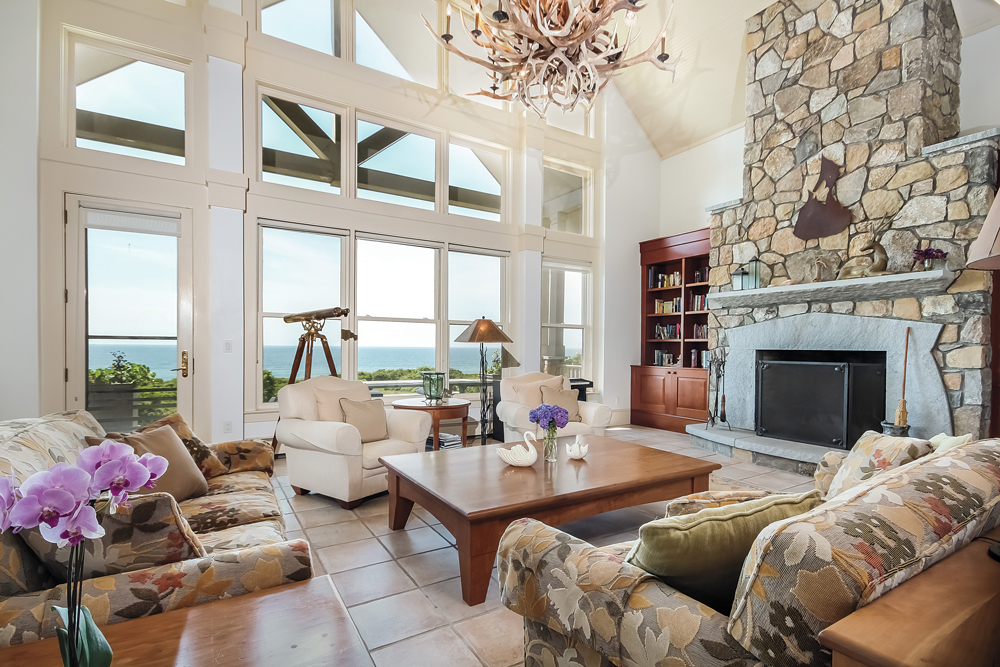 Block Island, technically part of Rhode Island but with spiritual leanings toward the shores of Long Island, is a mere 14 miles off Montauk Point, though it feels substantially further. Like the other islands that surround Long Island, the roughly 10-square mile Block Island is a vibrant blending of New England and downstate New York. While accessible by ferries, there is also a small airport, complete with regular air service to the mainlands.

“The rental market on the island is strong and always has been,” said Rosemary Tobin, a sales associate with Lila Delman Real Estate International. Tobin told Pulse that the dynamics of the rental markets shift from year to year due to the ever-changing needs of the clientele, as well as the particular season. “I would say that our weekly tenant is mostly a family. We have families that have either been coming out for over 20 years or some that have just discovered our special island. It is a strong eight-week season, depending on the weather, and it can creep into a 10 to 12 week season.” During its famed Fourth of July celebration (featuring a large parade and fireworks spectacle) or Race Week, when yachts compete in various events, the population swells even further.

This steady and consistent demand has created a dynamic rental market. According to data provided by Tobin, a two-bedroom cottage half a mile from the beach rents for $2,900 a week, while an ocean-front six-bedroom house commands around $6,950. “Block Island is a magical little place,” Tobin said, mentioning that almost half of it is protected land that gives visitors echoes of the isle’s past. “We do not have any franchises here, only one four-way intersection and no stoplights. It is a place that is held in time and offers you some of the most amazing views and landscape.” 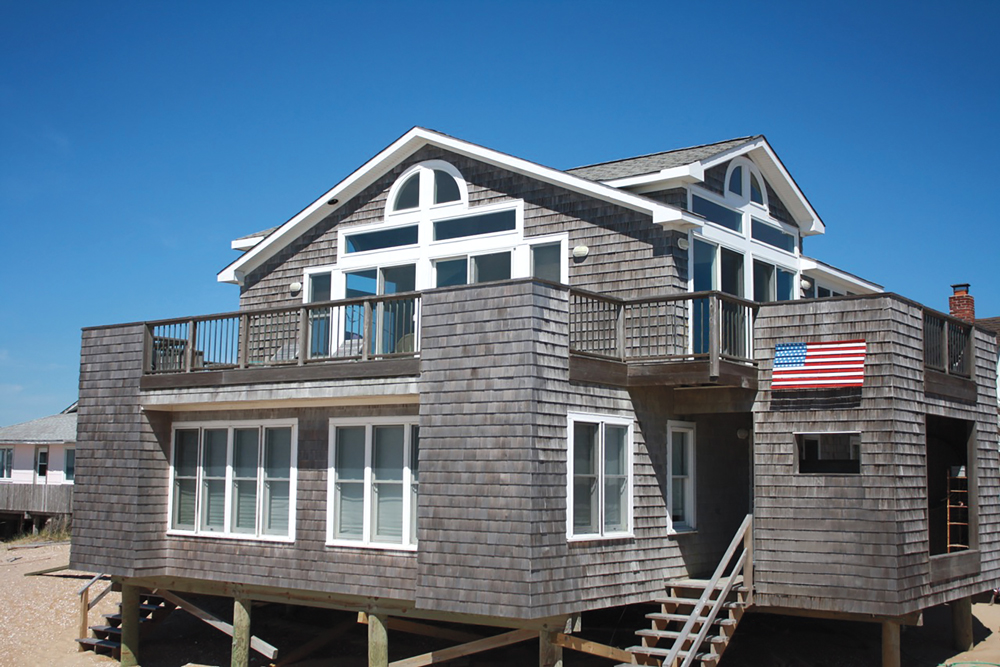 Fire Island, the famous barrier beach that straddles Long Island’s south shore, was hit hard by Superstorm Sandy in the fall of 2012 (in addition to countless other storms in the past). The island remains resilient in its ability to attract visitors who love the world-class beaches, party scene and relative seclusion.

“The year after Sandy, the rental market was stagnant—mostly due to the uncertainty of the beaches,” said Nick Newman, a licensed NYS real estate broker of William J. Newman Realty. “Following that, in 2014, 2015 and 2016, activity has increased significantly.” Newman’s father, William, founded the Fire Island real estate business more than 45 years ago and Nick has been involved in the market for more than 10 years. He noted that with the exception of 2013, (the summer after Sandy hit) rental demand has gone up annually.

Newman attributes the increases to the fact that new construction is essentially prohibited on the environmentally protected barrier beach. Fire Island’s shifting sands are home to the state’s only federally protected wilderness as well as rare and endangered birds like the piping plover.

The natural beauty of Fire Island, paired with its established tourist destinations, have created a locale that is simultaneously in demand and isolated, with pricing following suit. Seasonal rentals hit multiple price points. “Typically, a three-bedroom rents for $3,300 per week, while a four or five rents anywhere from $4,500 to $5,000 for a week. We also have some specialty houses, with oceanfront or bay front views going for about $6,000 a week.”

To Newman, the appeal of Fire Island is both universal and one-of-a-kind. “You’re 40 minutes from Manhattan, have beautiful beaches and the bay…During the summer, the island is only accessible by ferry boat. There are few places in the world where there are no automobiles. I’ve experienced this area in the summer and winter, there’s nothing like the isolation of Fire Island’s peace and quiet.” 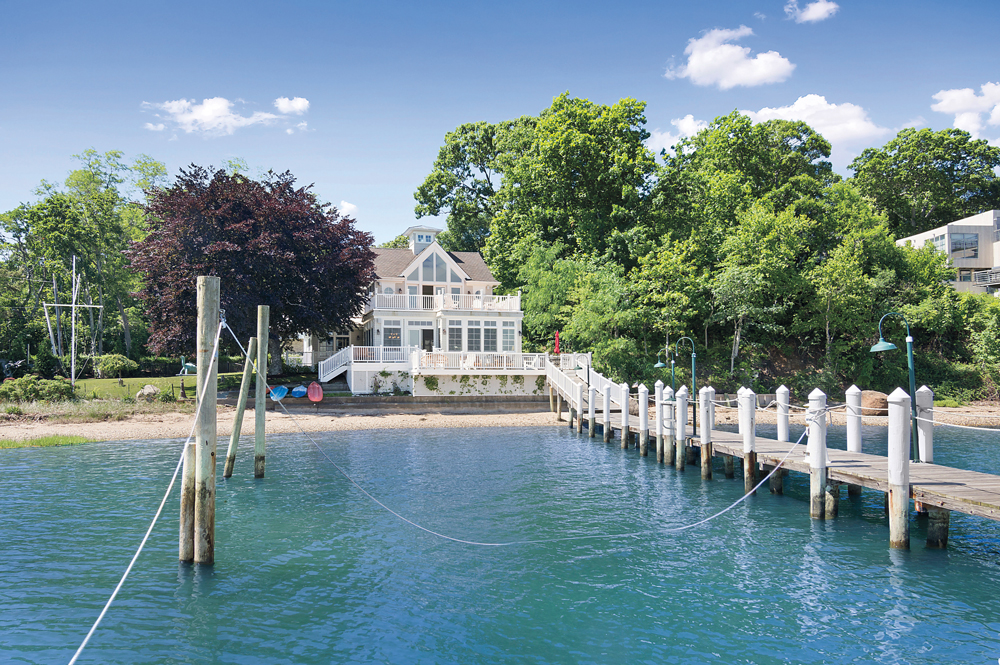 A mere 60 miles from the chaos of Nassau County’s frenetic suburban pace lies the essentially silent Shelter Island. A marked lack of bridges to the “mainland” ensures SI is only accessible via ferries. It’s not plagued with the traffic of its larger counterpart, yet retains all of the charm of the East End. These factors have made Shelter Island, or “the Rock,” a popular destination for vacationers.

“We are noticing a larger influx of tenants and buyers who have rented on the South Fork previously,” Linda McCarthy of Daniel Gale Sotheby’s said. “They complain of the traffic and crowds in those communities and appreciate the peace and quiet here.” McCarthy noted that while it was fairly common for a family to rent a property on the island from Memorial Day to Labor Day, shorter-term rentals are becoming more prevalent.

“We have a wide range of size and styles of homes on Shelter Island, so the rental prices are across the board,” McCarthy said. “Low priced weekly rentals can begin at $1,800, but most are up from there.” She added that visitors who rent take advantage of the island’s many natural amenities, including the local beaches and the 2,000-acre Mashomack Preserve.

McCarthy stressed that the rental market continues to be “very strong,” due to the area’s unique charm. A note to potential landlords: Shelter Island’s Town Board recently restricted short-term rentals, a move already adopted by other municipalities on the East End. The measure that requires homeowners to register with the town if renting for less than a 14-day period will go into effect for the first time this summer season.

Every locality experiences growing pains and here is no exception. Regardless, the island’s appeal remains strong. “When a person gets on the ferry, they feel the stress fall away as the boat brings you across,” McCarthy said.