Martha’s Vineyard, MA is the quintessential charming beach vacay destination. And—lucky us!—Long Islanders can easily make it a weekend trip. It’s about an hour on JetBlue from JFK or five hours via ferry from the city. And it’s more than just pretty beaches. Beyond the famous shore, devotees of Martha’s Vineyard golf at Minks Meadows Golf Club or Farm Neck Golf Club, hike, bike and bird watch. The island’s art galleries are also a lovely draw. For those who don’t already have a favorite haunt, here’s why the Harbor View Hotel in Edgartown may be the It spot to drop those weekenders this season.

The classic New England atmosphere. Yeah, it’s dreamy. Harbor View is a 125-year-old Victorian hotel with period architecture that pays homage to the sailing and yachting legacy of the island and casual-sophisticated decor that’s in tune with the overall Martha’s Vineyard vibe. The surrounding area is dotted with equally-historic homes and old elm trees. The dining rooms have dark hardwood floors, a big skylight for lots of natural light and white-paneled windows that frame views of the Edgartown lighthouse and harbor. There’s a gazebo, of course.

Two words: Spa. Package. In the unlikely event a guest is having a hard time unwinding, the Lighthouse Spa Package is a tempting add-on. Takers get king or suite accommodations, breakfast for two and a 60-minute, in-room couple’s massage from Eclipse Massage Therapy professionals.

Options. And more options. What’s nice about this place having been constructed in 1891 (aside from the aforementioned charm) is the unique assortment of rooms to pick from. The accommodations are in three distinct, but close-by clusters: the hotel, the Governor Mayhew Building and the Captain’s Cottages. No two rooms are alike, which is kind of fun for repeat visitors. Many of the rooms in the hotel (aka the main building) have a porch with a view of the water and Chappaquiddick Island. Guests who couldn’t snag a porch room can always take in the seascape from the main building’s veranda. All of the Governor Mayhew guestrooms have balconies and either a pool or garden view. Families (and groups of girls or guys on getaways) tend to be drawn to one of the eight cottages, each named for a different Edgartown sea captain. Those have up to three bedrooms, a living room, fireplace and wet bar. 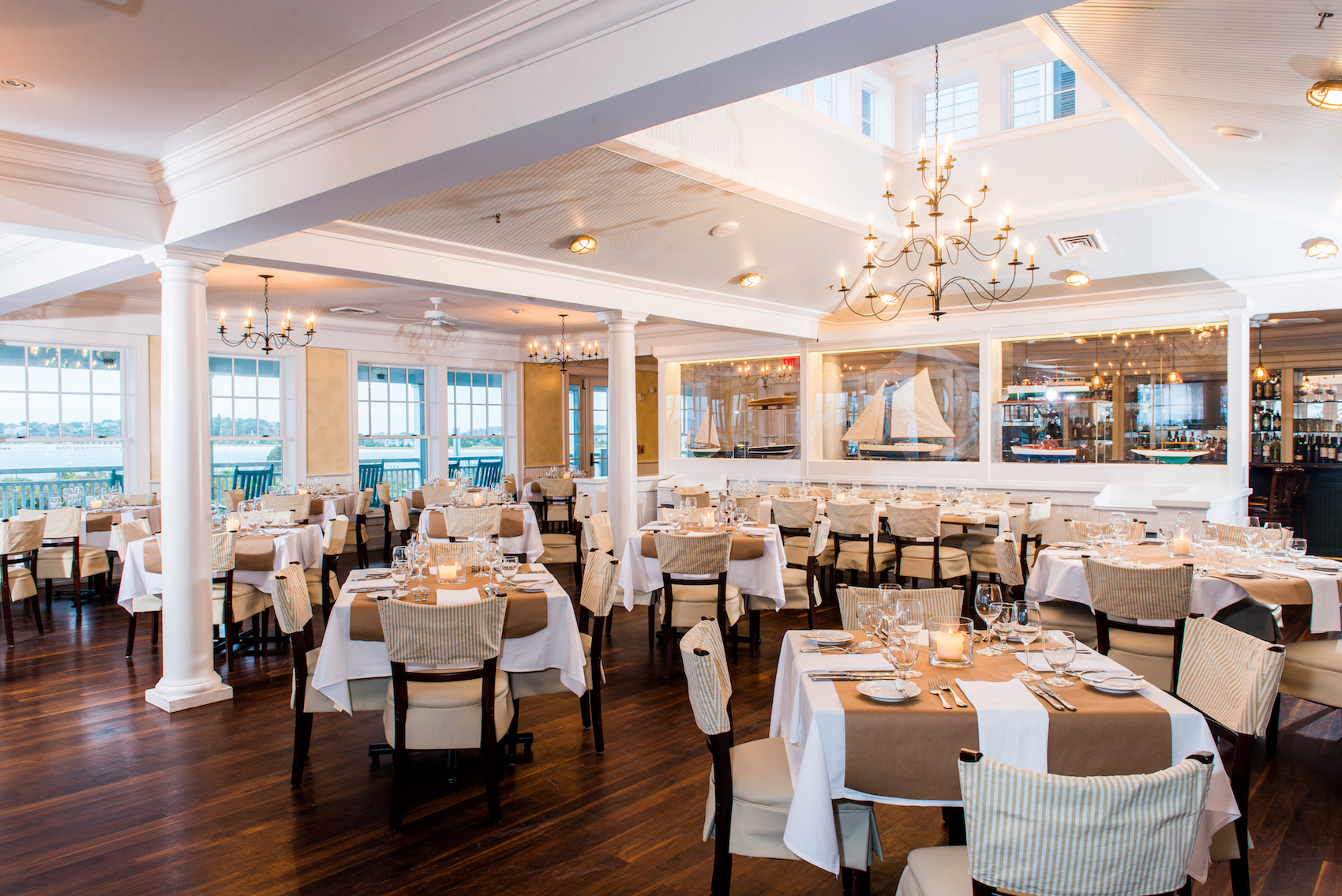 Foodies will feel at home. The two onsite eateries both highlight farm (and boat) to table fare with ingredients culled from local farmers and fishermen. That’s why menus change seasonally. The Lighthouse Grill is the more upscale of the two, proffering small plates as well as traditional entrees. All the wines on the wine list have a score of 90 or higher. Plus, the culinary team has access to its own herbs and vegetables, with more than 600 feet of raised garden beds. The full-service raw bar is stellar (think oysters raised less than a mile from the kitchen). Some of the more popular menu items include a Heritage Porterhouse, Lighthouse Bouillabaisse, citrus-marinated local catch ceviche and smoked bluefish paté.

Tucked away behind the main building is Henry’s, a gastropub that’s frequented by locals as well as vacationers, often for the selection of New England microbrews and the Knuckle Sandwich (Maine lobster on a buttered Brioche roll).

Perks—even for poochies. Those who check in get water bottles, which can be filled at filtered water stations throughout the property. There’s also private parking, morning tea or coffee, milk and warm cookies at bedtime, high-speed wireless throughout the property, an in-room refrigerator and a big welcome to four-legged traveling companions. There are several pet-friendly walking trails.

It’s a best-kept secret. It’s won a bunch of pretty impressive awards—including “Best Hotel on the Vineyard” from Martha’s Vineyard Magazine and the “Best Resort/Hotel” Gold Award from Cape Cod Magazine—yet still somehow seems to stay largely under the radar. It’s only on the Historic Hotels of America registry. Not too shabby.