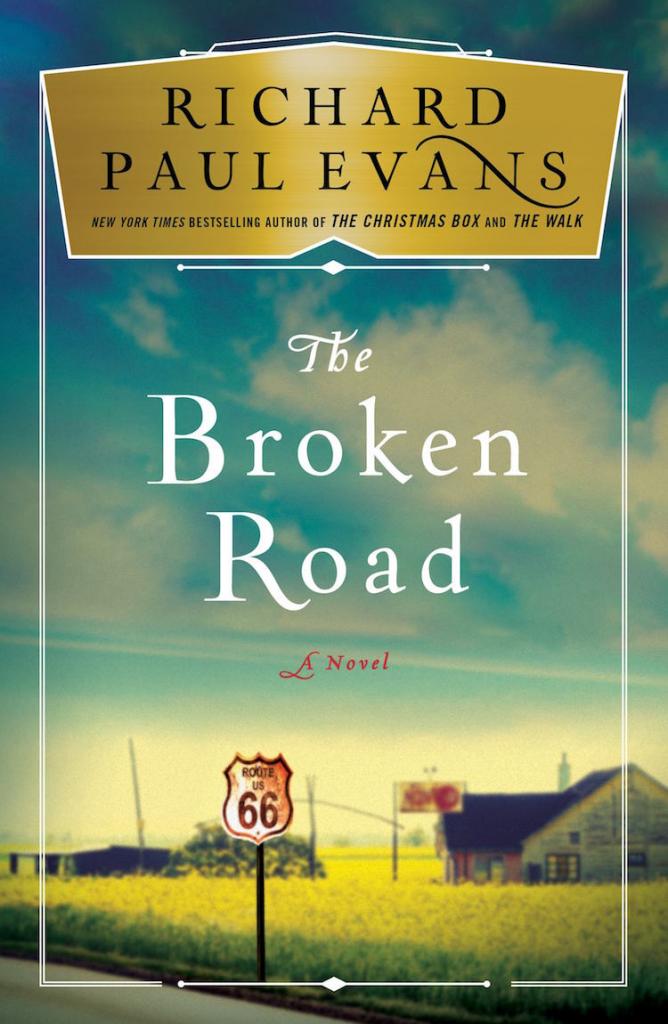 The road is a long one. Like most, it’s rarely smooth and straight. Signs warn of curves and detours ahead, rough terrain and rest stops for the weary. There are potholes and jagged asphalt. And in “The Broken Road” by Richard Paul Evans, there are many side roads to be explored.

The man in the diner looked familiar. On his journey along Route 66, Evans never expected to see someone he recognized. Still, he knew that guy; he had seen him on TV. Evans approached him, indulged in a bit of small-talk and learned that his instincts were right: there, in a diner on the edge of the Mojave Desert, sat a dead man. Grizzled and sunburned, but recognizable as the con man he’d once been, Charles James was unashamed. He even agreed to talk, to tell the truth…and so he began.

Growing up, he said, it was a rare day when someone in the family wasn’t beaten. That someone was usually him, and it happened until James stood up to his father, turned the tables and then left Utah on an Los Angeles-bound Greyhound. On the way to California, he met a girl who showed him what life could be like, and she helped him find a job.

That job allowed him to gain self-confidence, experience and a reputation for being a hard worker. He also had an eye for opportunity, so when someone invited him to a get rich seminar, James knew he’d found his dream job. He started by volunteering with the organization, and worked his way up as a valuable salesman, then a motivational speaker for a product he knew to be a scam. He became incredibly wealthy, then betrayed his mentor for even more riches.

When I got “The Broken Road,” I had to check the calendar, and it’s not December. Author Richard Paul Evans even admits in this novel that he usually writes Christmassy stories, but this isn’t one of those.

Readers who may find Evans’ other books too sappy will be happy to know that in this modified rags-to-riches story, there’s not a lot of romance and no snow. In fact, this book begins on the edge of a desert, and it mostly features a complicated man who’s chased by the demons of his past. Yes, there’s a woman involved, but she’s only a catalyst in the tale; a supporting actress, if you will. The man himself and his immediate circle comprise the meat of this novel, and rightfully so: they are some of Evans’ best characters.

This book will appeal to his fans, but it should also attract new ones, too, because it’s really quite different. Novel readers of almost any genre will find “The Broken Road” to be pretty smooth.