Daryl Hall and John Oates is undoubtedly one of the most popular and successful musical duos of all time. The proof: Six No. 1 singles (“Rich Girl,” “Kiss on My List,” “Private Eyes,” “I Can’t Go for That (No Can Do),” “Maneater” and “Out of Touch”), an induction into both the Songwriters Hall of Fame and the Rock and Roll Hall of Fame, a star on the Hollywood Walk of Fame and about 40 million records sold.

This summer, Daryl Hall and John Oates will continue to reign. Decades after forming, the group is set to hit the road along with another duo that scored many a hit during the 80s, Tears for Fears.

One half of the group, John Oates, chatted with Pulse about his newly released autobiography, his relationship with Daryl Hall and what to expect when the tour rolls into Forest Hills Stadium, on June 16.

Let’s start with your new book, A Change of Seasons: A Memoir.
I’m very happy with the way it came out. When I got to 400 pages, I was only up to approximately the year 2000. And with 17 more years to go, I didn’t get any of my solo work; I didn’t get my move to Nashville. I was really disappointed in a way about not being able to include it. But I also didn’t want to include something that was very important to me in this little, condensed “postscript.” I said, “I think I’ll just cut it off here and down the road if there’s another book, I can talk about things that are a little more current.” But in general, I think I covered it and walked a tightrope between trying to tell my personal story and trying to tell my version of the Hall & Oates story…I hope I did a good job with it. Daryl read the book and he seems pretty happy with it, so I guess so far, so good.

How would you compare your relationship with Daryl now to say, in the 70s or 80s?
We don’t spend as much time together. In the 70s and 80s, we were together constantly, because there was no real life involved—at least not on my end. It was all writing, recording and touring every year from 1972 to 1986. It never stopped. Obviously, it was a much more intense relationship during that period of time. Now, we’ve kind of gone our separate ways in terms of our everyday life. But when we get together, it’s like everything is the same. We get along really well, and I think the fact that we both have our individual projects that we are really passionate about—Daryl’s got his Live from Daryl’s House TV show, I’ve got my stuff I’m doing in Nashville and I have a new album I’m making, and productions I’m doing—I think it keeps us fresh…We actually look forward to getting together again, playing the old songs. 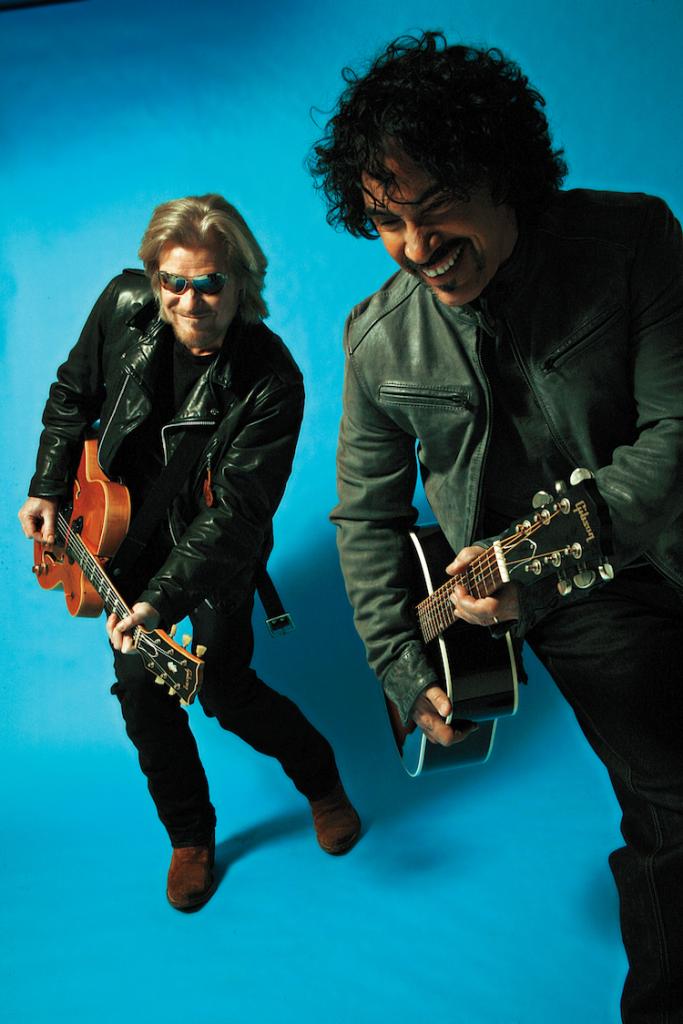 How did the idea to tour with Tears for Fears come about?
It was coincidence. They made a new album, they were going to go on tour regardless, and they seemed like a perfect fit for us in terms of style. We were looking for someone to go out with on tour, and it just came together. It was as simple as that.

Nowadays, which songs do you enjoy performing live?
We’re putting a set together right now for the new tour. Of course, the usual suspects—the big hits are the ones that obviously people come to see. Look, we have a professional responsibility to play the songs that people want to hear. There’s no doubt about it. We’re proud of those songs, so it’s not a compromise in any way. And we’re looking at the set now, and saying, “Can we rotate out some of the deeper tracks that we’ve been playing for a while, and put some different ones in?” I mean, we have 400 songs, many of which we’ve never even played. We’re looking at some new songs, a song from the War Babies album, some stuff from the 70s that may be a bit more obscure to the 80s fans. We’ll sneak those in the set, and probably change those nightly.

What can fans expect at the upcoming Forest Hills show?
A really great band. The songs you hopefully want to hear, and a couple surprises. I think the Tears for Fears set is going to be awesome, because they’re great. It’s just going to be a great night of music. If you like this style of music, and you’re attracted to the type of music that we make and Tears for Fears make, I guarantee you, you will not be disappointed.

Any plans for a new Daryl Hall and John Oates album?
No. We won’t do that. I doubt whether we’ll ever record again. That’s not really in the cards. I’m so into my new recording projects and stuff that I’m doing in Nashville that it would almost be like taking a step back.