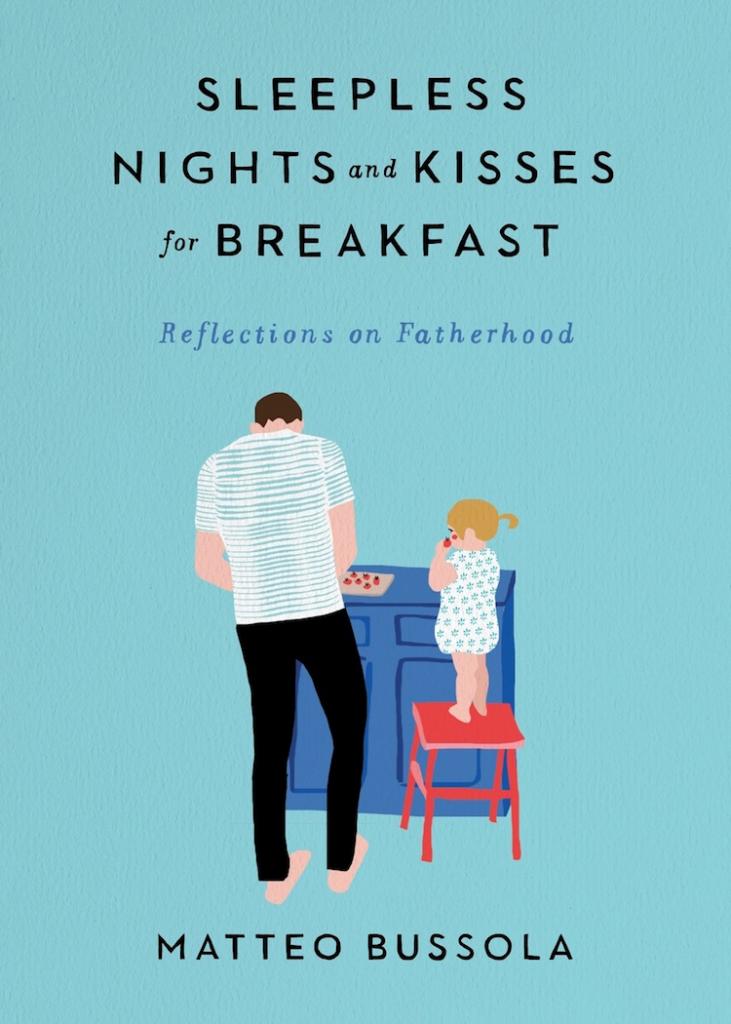 Your life was once filled with few cares. Your days were breezy then, with parties, sleeping in, long weekends away, champagne evenings and chilled mimosas. Then you gave it all up. In “Sleepless Nights and Kisses for Breakfast” by Matteo Bussola, you’ll see that it was a good trade.

It all started on a Saturday in January 2007. That was the day when Bussola and his wife, Paola, became parents of their first child, Virginia. Some four years later, Ginevra was born, and then two years after that, Melania entered the world.

There was “terror” on that first day, Bussola says. It was a terror that he hardly knows how to describe, but that he recognizes is different for every father. One thing that’s common, however, is that “there’s the before, and there’s the after.”

It’s this “after” of which Bussola writes.

Being a father means looking for solidarity at a birthday party for little girls–and not finding it. It’s agreeing to have more than one child because “sleep, really, is overrated.” It’s being able to decipher what a toddler wants by what sounds like nonsense to anyone but her parents.

All the frights you have on behalf of your children will shorten your life. You will see the adult she’ll become someday, and it’ll be bittersweet. The conversations you have with a toddler will widen your world and put things into perspective. Being a hero in the eyes of your 8-year-old will cause you to do things you might’ve been embarrassed to do in another time. You will never forget the weight of a small head on your chest, or the wish that you could move without waking a sleeping baby. When your preschooler gets her first innocent kiss, you will think of barbed wire.

There are things you’ll learn as a father. The job “is brutal.” Stickers and kisses have a lot in common. Mothers don’t tell you half of these things. And you will never be “the same person.”

Perhaps because of an overabundance of funny-dad books on the shelves today, I rather expected that “Sleepless Nights and Kisses for Breakfast” would be humorous. It’s mostly not. In fact, there are times when the “reflections” in this book don’t seem to even have a point.

The reason, maybe, is because this book was first printed in author Matteo Bussola’s home country of Italy a few years back. Was something lost in translation? Were the essays supposed to end abruptly? If they were, that can be awkward; just as I settled on a thought, it was over and into the next thing. Yes, there were some “awwww” moments and a few teary sentiments here, but they seemed to be overshadowed by social-media-post-like, fleeting half-thoughts. Heavy sigh.

Now, be aware that this book is not all bad. In fact, it gets better as pages pass. Try it if you like, but just know what it is, and isn’t. You might enjoy “Sleepless Nights and Kisses for Breakfast,” or you may not care for it at all.