On Dec. 31, 2015, Rachel Bingman married the love of her life at a ceremony before their friends and family in the municipal building in Brooklyn. As members of the LGBTQ community, the newlyweds felt like they were capping off a historic year and looking forward to a promising future.

Six months earlier, on June 26, 2015, the Supreme Court ruled 5-4 that same-sex couples have a fundamental, constitutionally protected right to marry, seemingly cementing the status of gay Americans as full-class citizens. After centuries of discrimination, harassment and outright disenfranchisement, they had the right to walk hand-in-hand as wife and wife.

“It definitely felt like the laws and the community in general were going in the right direction,” said Bingman, now 37 and a special-education teacher. “It felt hopeful…We didn’t have to sneak around…We didn’t have to feel like we were going to get caught, or that someone would walk in and say, ‘You can’t get married, you’re two females.’ We could buy a home together, have children together. It was a perfect day.”

But two years after the landmark Obergefell v. Hodges ruling and mere months after Obama left office, many who aren’t on the heterosexual side of the spectrum are looking toward the future with trepidation rather than hope. They live with the knowledge they’re now citizens of a country whose government may be all but openly hostile to them.

As much of America is learning, it’s hard to pin down what Donald Trump’s actual philosophy is when it comes to anything. And he’s been all over the map on LGBTQ issues. Before he moved into the White House, Trump invited PayPal co-founder Peter Thiel to become the first openly gay man to speak at the Republican National Convention and told 60 Minutes he supported marriage equality. In return, some members of the community embraced him, convinced that he heralded a new GOP freed from the control of its social-conservative wing. “Could Donald Trump be the most pro-LGBT president that this country has ever had?” Gregory T. Angelo, president of the Log Cabin Republicans, said in October. “He might well be.” At a November rally in Colorado, a member of the crowd passed Trump a rainbow flag with the words “LGBTs for Trump” scrawled on it. Trump held it up proudly as the cameras rolled. (In the end, Trump won about 14 percent of the LGBTQ vote. Mitt Romney won 22 percent in 2012.)

It didn’t take long for the community to have second thoughts.

“He’s said very little about LGBT issues himself, but his choices for vice president and his cabinet has said quite a bit that doesn’t look too rosy for the LGBT community,” said David Kilmnick, CEO of the LGBT Network, which is based in Bay Shore. “The real danger is in his cabinet picks.”

Indeed, in the six months Trump’s been in office, the president and his appointed officials have rolled back LGBTQ protections on several fronts. In March, the president reversed a 2014 Barack Obama executive order signed by red federal contractors to prove they were not discriminating against LGBTQ employees. That same month, his administration removed references to or questions about sexuality from annual Health and Human Services surveys. These surveys are critical to determining funding levels for programs that help homeless youth and the disabled. In May, Secretary of Education Betsy DeVos told a congressional committee that she would not withhold federal funding to schools that discriminated against gay students. And later that month, Trump signed an executive order that nominally allowed churches to participate in political speech. Civil-rights activists immediately pounced on the order, saying that it opened the floodgates to broad anti-LGBTQ discrimination across the country.

“A real concern here is that there are very well-funded faith-based organizations that have made it their mission to strip LGBT people of their basic rights,” said Suzanne Goldberg, professor at Columbia Law School and head of its Center of Gender and Sexuality Law. These rights include the ability to adopt, visit spouses in the hospital, be served at businesses whose owners have LGBTQ views, or even to count on the Constitution to protect them. The biggest danger, she said, is that money from groups and people who have dedicated themselves to marginalizing the LGBTQ community can manipulate nonprofit organizations and voters into turning gays, lesbians and the transgender into second-class citizens. These organizations often use iffy “expert” research and testimony, lobbying and outright lies (like the debunked claims that homosexuality is linked to pedophilia) to rally their bases and harm LGBTQ efforts. Under this order, an anti-gay group such as the Family Research Council (one of the more successful promulgators of the pedophilia myth) could join forces with the Westboro Baptist Church, the anti-gay tax-exempt church known for showing up at soldiers’ and mass-murder funerals, to influence elections.

Goldberg and other observers believe it’s unlikely Obergefell will be overturned but activists are finding that even decisions that have no obvious relation to LGBTQ issues are having profound effects on them. For example, Trump’s proposed immigration bans may be directed toward undocumented immigrants and refugees from majority-Muslim nations. But Pete Carney, the director of Pride for Youth, a Bellmore, N.Y.-based advocacy service for LGBTQ teens and young adults, believes the hard line on immigration is a disaster for the gay community on an international scale. A 2013 study by the Williams Institute at the UCLA School of Law estimated that there are at least 267,000 undocumented adult LGBQ immigrants in the U.S.

“The sad reality is that many [undocumented immigrants] are here because they were fleeing their countries because of how they were treated because of their sexual orientation,” Carney said. “The average American thinks that once they’re caught by ICE, they’ll just go back to where they came from, and their parents will take care of them. But for a trans or a queer person, they’re facing serious injury or death.”

Most troubling, however, may be Trump himself—not just his mercurial attitude, but also his tendency to lash out at enemies. His combative style has been emulated by supporters who now feel emboldened to act out against their own perceived rivals and opponents. And people are already hearing echoes of past waves of anti-gay hatred and violence. 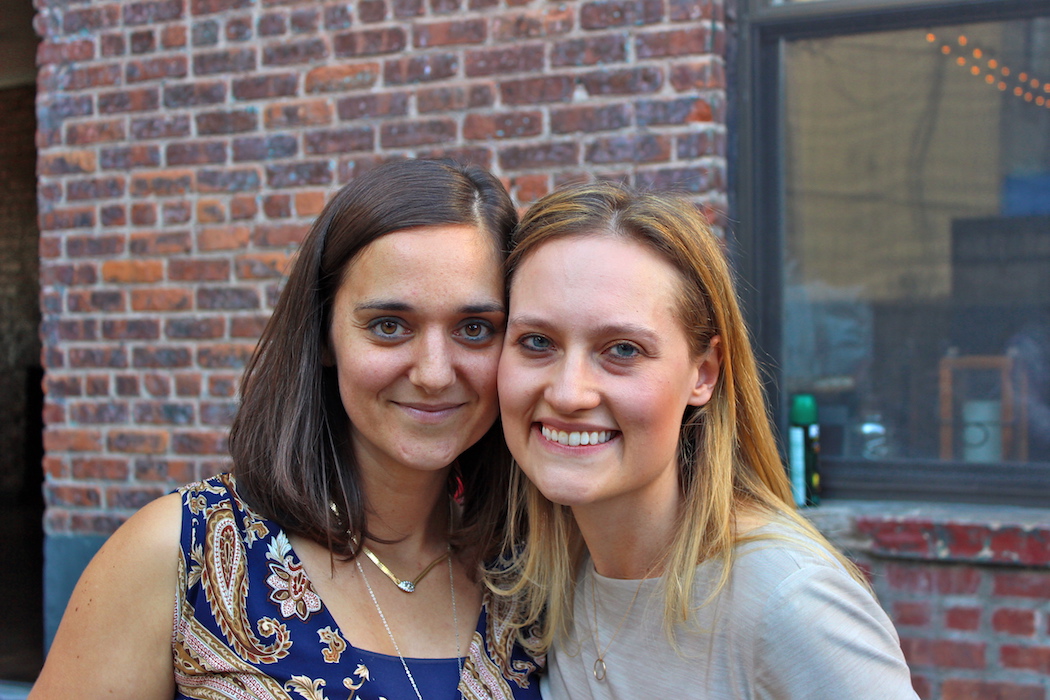 “Across the board, there has been more of a license to hate in this country, a license that didn’t exist before,” said Aiden Jay Kaplan, LGBT youth-services coordinator for Pride for Youth and the Long Island Crisis Center. “Young gay people are coming up to me with stories I hadn’t heard when Obama was in office, with stories about people who feel more open to let how they feel out: ‘If the president does it, why can’t I?’ I hear stories about the use of the words ‘tranny,’ ‘fag,’ dyke,’ about people who can feel as if they can approach LGBT people and ask personal questions, or clients harassed about which bathrooms they use.”

Indeed, the Southern Poverty Law Center has been tracking reports of hate crimes in the U.S. since Trump was elected, and has said that it sees a clear uptick in bias attacks against Muslims, immigrants, minorities and the LGBTQ community. In February, the SPLC counted 1,372 bias incidents from the day after the election to Feb. 7. Hate groups in the U.S. had risen from 892 in 2015 to 917 by the end of 2016. As of this writing, there had been 109 cases characterized as “anti-LGBT,” the fourth most common after anti-immigrant, anti-black and anti-Muslim.

“Being in an environment where national leaders are comfortable demonizing LGBT people has terrible ripple effects on our community,” Goldberg said. “There are young people who feel less safe at school, government employees who feel less safe at work and less secure in their jobs, and people in many parts of this country who have serious concerns that the federal government is now their adversary rather than their supporter.”

Trump’s more recent troubles, centered on potential links between his campaign officials and Russia, have made “impeachment” a buzz-word. But the deeply conservative Mike Pence may be even scarier. Before Trump tapped him to become his running mate, then-Indiana Governor Pence signed Religious Freedom Restoration Act, which was voted into law in 2015 nominally to protect the religious rights of individuals and businesses. It was widely seen by LGBTQ activists and constitutional experts as a blank check for businesses to discriminate against LGBTQ employees and customers. During his first successful run for Congress in 2000, Pence made anti-LGBTQ a major plank of his official platform. “Congress should oppose any effort to put gay and lesbian relationships on an equal legal status with heterosexual marriage,” his website read. “Congress should oppose any effort to recognize homosexual’s as a ‘discreet [sic] and insular minority’ entitled to the protection of anti-discrimination laws similar to those extended to women and ethnic minorities.”

But there has been a plus side to the Trump administration, argued novelist and gay activist Alan Lessik. The new administration’s broad attacks on the recently won LGBTQ rights has galvanized the community as it hasn’t been for nearly a decade.

“Queer people have always had to fight for our lives, and it was easy to be lulled by the Obama times, but now we’re back to the place where we’re saying we have to define the agenda,” Lessik said from San Francisco.

Many Americans are on board. A May 2017 Gallup poll put U.S. support for same-sex marriage at an all-time high of 64 percent.

“This time we know we have the majority of the public behind us and are starting from a place of strength we didn’t have even eight years ago,” Lessik continued. “We’ve seen a lot of activism and energy on the local level, and by acting together with our allies, we can shut down certain people, like [alt-right provocateur and former Breitbart senior editor] Milo Yiannopoulos, and certain policies.”

Two years after it became legal for a same-sex couple to marry anywhere in the United States, Bingman said it’s not the legality of her marriage but other worries that come to mind when she thinks about the next four to eight years.

“I don’t think our marriage will be overturned, or our benefits, but where I am a little worried is when it comes to adopting through foster care,” she said. “I worry what would happen if we are fostering children and they become able to ban adoption for us?”

But for Bingman and her wife, perhaps the most effective way to counteract the bile of the forces of prejudice is to simply keep hope and forge ahead, like any other married couple.

“I think absolutely in four years we’ll be parents, and we’ll be living in the same apartment, for probably 30 more years,” she said. “We’re going to live our lives.”