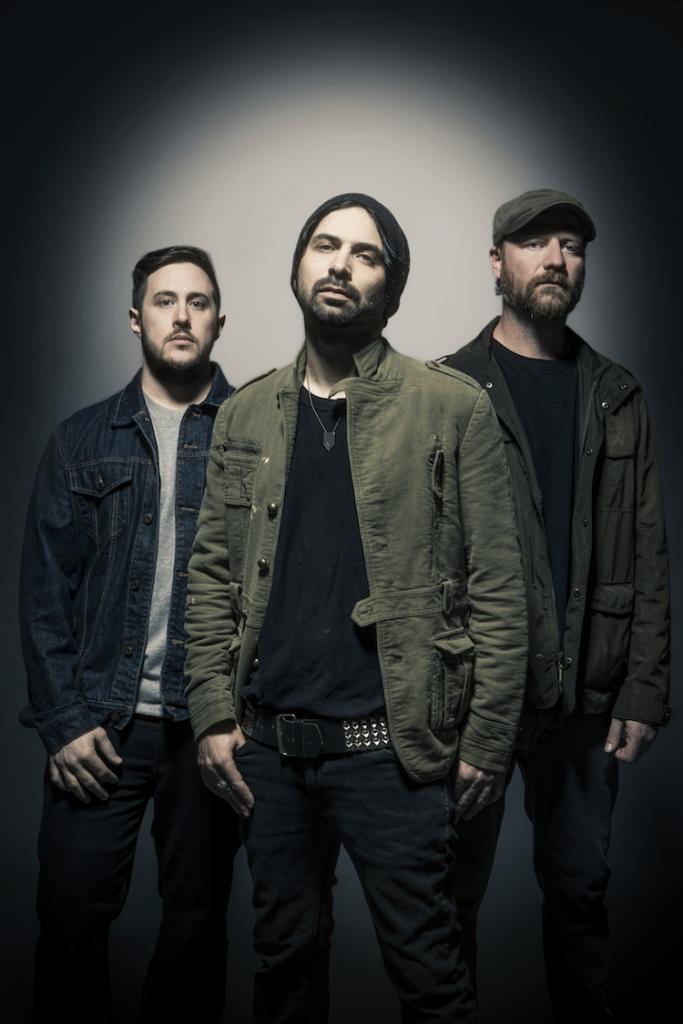 The arrival of CKY’s fifth album The Phoenix marks an end to an eight-year studio silence for the Pennsylvania band.

Formed nearly 20 years ago with vocalist/guitarist Chad I Ginsburg, bassist Matt Deis and drummer Jess Margera, the band is best known for contributing music and being a part of a video series also called CKY. The series additionally introduced many to the zany exploits of Jess’ brother, Bam Margera, leading to the creation of MTV’s Jackass.

CKY has now embraced more vintage rock sounds on its latest effort as evidenced by the single “Days of Self Destruction.” It’s different than the straight-ahead skate metal style circa the aforementioned video series, which lasted over four different titles from 1999-2002.

Ginsburg spoke with Pulse about the new album and some rock memories prior to the band’s appearance on the Vans Warped Tour at Jones Beach Theater on July 8.

Why did it take CKY eight years to issue a new album?
The business thing, the life we led and the tours caught up to us and got the best of us. Everybody needed a minute to grow up and show up. We have been slightly active—the band had done some festivals. We had a fill-in singer named Daniel Davies; he is the son of Dave Davies of the Kinks. But Daniel unfortunately decided that he couldn’t continue on because he is now playing with his stepfather, John Carpenter, who directed and scored Halloween, The Thing and all those legendary movies. Daniel said to me, “I can’t do it. Can you sing?” I’m like, “Can I? Yeah. Do I want to? No!” But I decided, “OK, I will,” and I’ve been having a great time ever since.

Let’s discuss the album’s single/video, “Days of Self Destruction.”
“Days of Self Destruction” was a track that the label chose as an instant gratification track—just one off the record. They’re all a bit different on the new album. They all have something CKY and then something new to it. It’s all very consistent, but yet pushing the boundaries of everywhere we ever went before. It’s a true CKY album, but it’s pushing it a bit farther. “Days of Self Destruction” is one of the styles on the record and features Brent Hinds of Mastodon. We trade four bar solos back and forth at the end. The album was recorded at Rancho De La Luna at Joshua Tree where are a lot of Queens of the Stone Age records were done, Kyuss and Eagles of Death Metal. It’s like a magical spot in the desert.

Concerning the font for the CKY logo [which is similar to Ozzy Osbourne’s on his early solo records], did you have to get permission to use that?
It’s similar. At this point, it’s not as close as it once was. It used to look like “EKY” back in the day—the hyphens kind of went through the letters. But that logo has been tweaked. At one point, we actually met Ozzy, which was one of the greatest things anybody in a band could ever do. We were on a television show with him—I believe it was the The Late Late Show with Craig Kilborn—and we were playing, and Ozzy was a guest. I think we handed him our record and he just kind of stared at it. We were wondering what he was thinking; he didn’t say anything when he gave it back.

What are some memories of touring with Guns N’ Roses a few years back?
A lot of people think Axl [Rose] is one way or another. To us, he was nothing but super cool and kind and really went out of his way to treat us well. That tour started with a riot and ended with a riot. It was the first time Axl had been out playing music for about 10 years. So we played more shows on that tour than Axl did—he didn’t show for the first one in Vancouver and the last one in Philadelphia. We did get to play a sold-out Madison Square Garden with Axl, the day before the Philadelphia show. And we got to play in our hometown to a sold-out Guns N’ Roses audience…and they never even got to see Guns N’ Roses!

What are your thoughts looking back on the CKY DVD series?
It’s what made us. That and our willingness to try as hard as we can to make good music. Combined with that, we got to meet a lot of really great people, and it helped expose our music to a bigger audience, which we wouldn’t have touched just as a rock band. As far as touring around goes, it seems like it affected a lot of people and had a lot to do with their youth and reminds them of childhood.