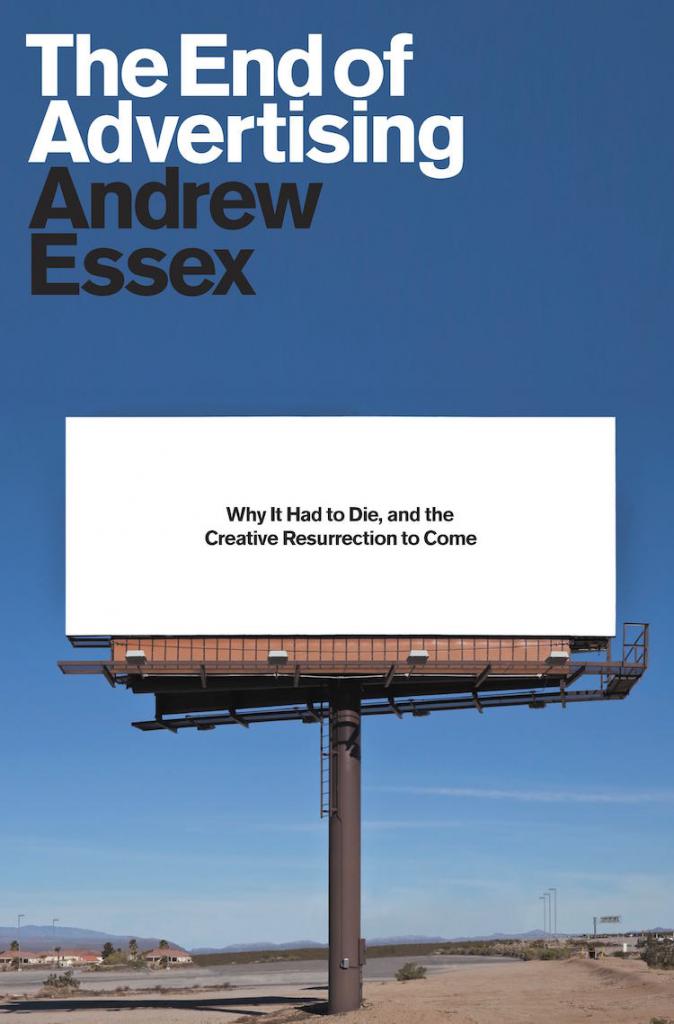 You need that new gadget, so adios. New bling is too irresistible, so ta-ta. Upgrade that device; see ya later, salary. You have your priorities, you know what you must do to achieve them and you know where to go. But, asks Andrew Essex in “The End of Advertising,” have you seen the product’s ad?

Most people haven’t. We live in a time when online ads are blocked, radio is streamed and we can pay to avoid TV commercials. With very few exceptions, ads are “annoying interruptions” and consumers don’t want them, so they’re empowering themselves by making sure that ads go away.

The history of advertising goes a long way back. Procter & Gamble, then-makers of soap and candles, used newspapers to promote their products before the Civil War. Since then, most companies have been resilient and resourceful with their ad dollars, transitioning to radio, TV and Internet as each medium came about; still, there’s no denying that we’ve been subjected to a lot of bad ads.

The thing is, says “ad guy” Essex, we need advertisements, if nothing but to find out about cool new things and to follow what’s going on, culturally. He (and possibly his colleagues) uses adblockers, too; even though the biz pays the bills, everyone knows that advertising has to change.

The biggest problem, he says, is that “most traditional advertising [doesn’t add] value to society. Mainly, average advertising just helped sell stuff.” Today’s consumers are more cognizant of context over content. They’re more likely to skip pre-rolls online because who wants to be forced to “endure something he or she didn’t ask to see…?”

It all leads to “infobesity,” says Essex, and consumers are sick of it, but don’t erase your ad budget just yet. There’s a new way of advertising, and it perfectly fits tomorrow’s customer. It’s a “brave new landscape.” “All it requires is imagination, conviction, courage, and tremendous tenacity. Simple.”

TV, radio, print. Who’s the best ad-rep to entrust your ad dollars? Are your ads working—or do you need “The End of Advertising”?

To stay relevant, says author Andrew Essex in this sure-to-be-controversial book, you need to see where advertising’s been, the state of it now and where it’s going. He spends some interesting time on the first point, in a look at the basic history of ads and Big Business, circa 1870-1990. There, we see how adaptation is everything.

It’s the latter—the future—that should revolutionize the way you advertise. Though it’s serious business, Essex has fun with the “why,” reminding readers what they do during TV ads, how their Sundays are affected each winter and why ad myths deserve eye-rolls. What he ultimately finds—and recommends—really could change the world.

But will future ideas have staying power or will they just become annoying, too? That remains to be seen but, in the meantime, you can’t afford to be without this provocative book. If you’ve got ad dollars, “The End of Advertising” is a good buy.