Co-owner Lisa Harris has been in the food industry for 15 years. A former owner of Northport’s Caffe Portofino, Harris founded Morning Sunshine Kitchen, a nutritional cookie company that was later acquired by Lesser Evil Snacks. Harris went on to become the vice president of product development for Lesser Evil Snacks (and still is). But she was looking to do more.

“[My boyfriend and I] were meeting with our friends from Backyard Brine and discussing the craft food movement out on the East End of the island,” said Harris, who opened the shop June 11 with her boyfriend Robert Strehle. “We realized the East End needed a craft doughnut shop where the décor would be as delicious as the doughnuts.”

And it is. Filled with doughnut designs and chalk floral patterns on the walls, East Main & Main’s décor is simply elegant. “Robert’s skill with a hammer and saw coupled with a team of family visionaries made this a family effort,” said Harris. “All hands contributed in any way they could from painting to social media. [There were] many late night round table discussions to create a space that would be enjoyed by multiple generations of doughnut lovers.” 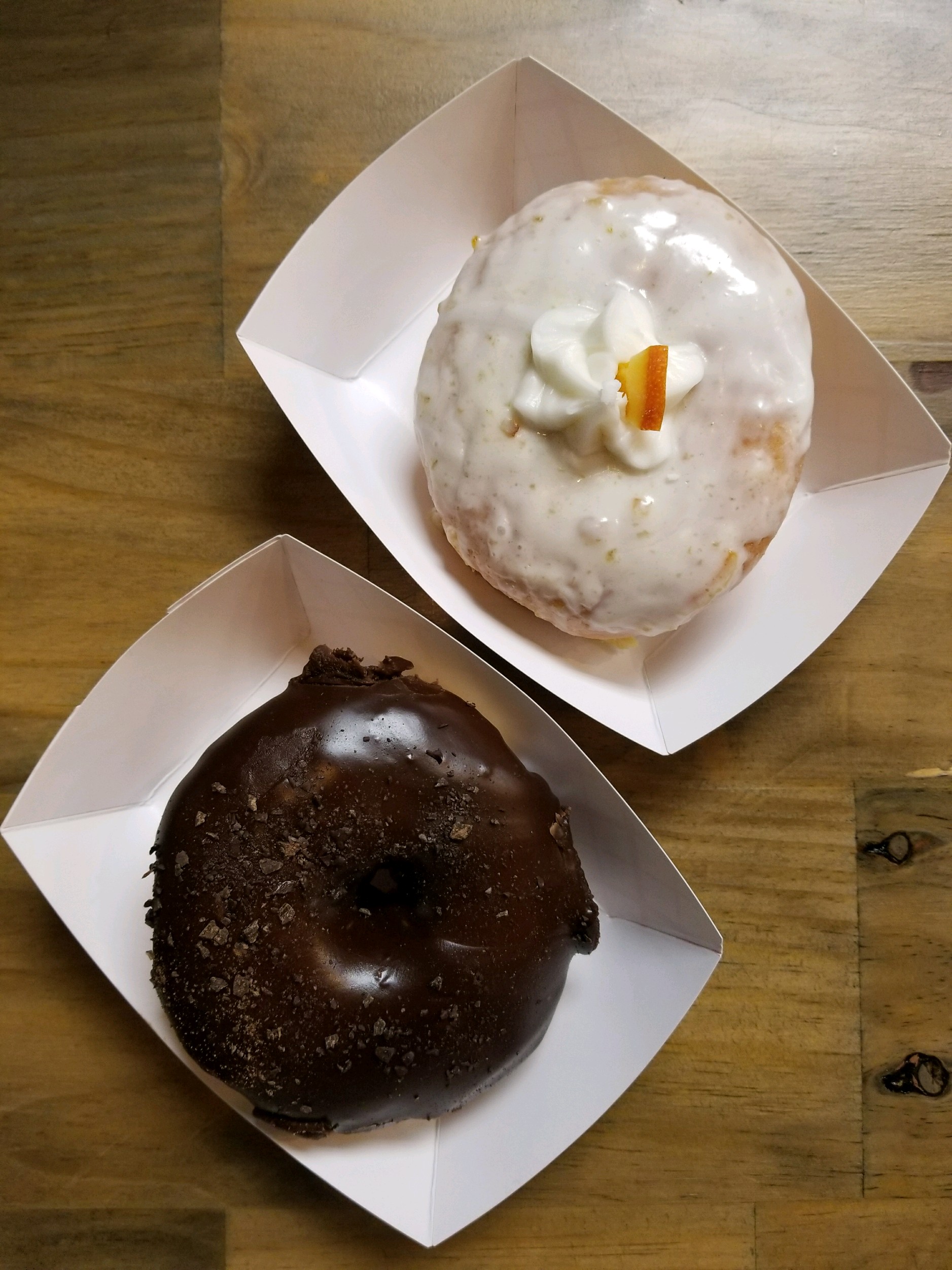 “We feel very strongly about supporting local small business and seeking out unique items that we feel complement our doughnuts and our atmosphere,” said Harris.