“What are you going do when the law breaks in? Will you stand your ground or confess your sins? Where you gonna hide all the lies you told? Can you buy back any of the soul you sold? —from “Tidal Wave” by Taking Back Sunday

Taking Back Sunday began their career in 1999, playing Long Island VFW halls with post-hardcore bands like Thursday and Midtown. Breakout album Louder Now (2006) peaked at No. 2 on the Billboard 200. The original lineup of frontman Adam Lazzara, guitarists John Nolan and Eddie Reyes, bassist Shaun Cooper and drummer Mark O’Connell reunited in 2010 to make an eponymous full-length on Warner Bros. Records. In 2014, they released Happiness Is, which reached No. 10 on the Billboard 200, and last September Long Island’s emo darlings dropped their seventh studio record, Tidal Wave. Though there’s been an emo revival of late, Taking Back Sunday took their latest album in a different direction.

“I think there are people who’ve started listening to our music or coming to our shows again because of the emo resurgence,” said Nolan. “So, in that sense, I guess we’re a part of it. But as far as cashing in on the nostalgia of the resurgence, that’s not something we’re interested in.”

TBS return to their old stomping grounds on Thursday, July 13 to play the Main Dream Stage of the Great South Bay Music Festival in Patchogue.

The title track to your latest album seems like it could be the theme for the Trump administration. What was this song originally about?
I was listening to NPR and they were talking about an African dictator who was getting very old and would probably be dying soon. The interviewer asked the question, “So what’s going to happen when the old man goes?” It struck me as a very poignant question that applied to a lot of things. It sparked this idea of a song that asks a series of very difficult questions that none of us really know the answer to.

Sonically, the song brings to mind The Clash’s version of “I Fought the Law.”
The Clash was an influence. Our drummer Mark originally suggested taking the song in the direction of The Ramones and there’s a lot of that in there too.

Did producer Mike Sapone encourage you to listen to certain albums during the writing and recording of Tidal Wave?
When we were about to begin recording, Sapone talked a lot about U2’s Achtung Baby. He wasn’t saying we should make an album that sounds like that, but referencing how it was also U2’s seventh album and it challenged people’s idea of who they were. Throughout the recording that was a reference point for us. There were some others like INXS, Robert Palmer and The Cure. All stuff that isn’t necessarily obvious when you listen to Tidal Wave but on some level did influence it. 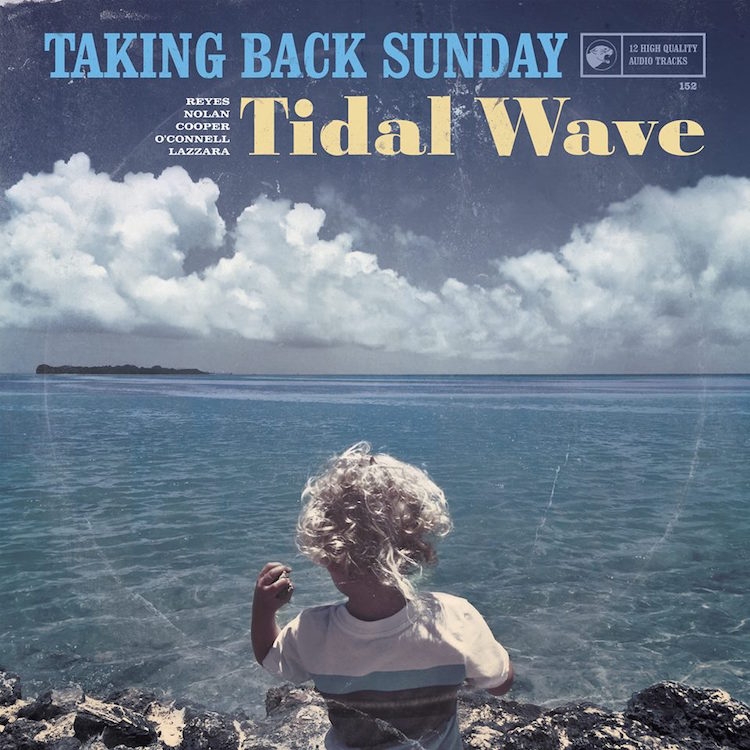 Is the song “Homecoming” related to Long Island? What do those of you who moved away miss most about the area?
We didn’t specifically have Long Island in mind when we were writing “Homecoming” but, thinking about it now, that song could definitely apply to our experiences living and moving or traveling away from there. I lived in the west end of Long Beach for a few years and one of the things I miss most about it are the winters. The town would get so quiet and peaceful. There would be hardly anyone at the bars, and the beaches were empty and really beautiful.

Is there anyone you haven’t toured with that you’d like to?
For me, Pearl Jam is the big one. I’ve been a fan since I was 15 and it would be a dream come true.

What can we expect to hear when you headline the Great South Bay Music Festival on 7/13?
We’ll be playing a mix of songs from all our albums. We’re talking about doing some covers this summer but I’m not positive we will. We recently covered “She” by Green Day and, previously, “You Wreck Me” by Tom Petty. We might do one or both of them. No special guests planned but we’ll have a lot of friends there so you never know.

Any new material in the works?
After our summer tour we’ll probably start concentrating more on writing our next album. It’s possible we could get back into the studio in the first half of 2018. I was recently involved in putting together a benefit compilation for the ACLU called Music for Everyone. A bunch of great bands contributed to it and Taking Back Sunday has a new song on the record.