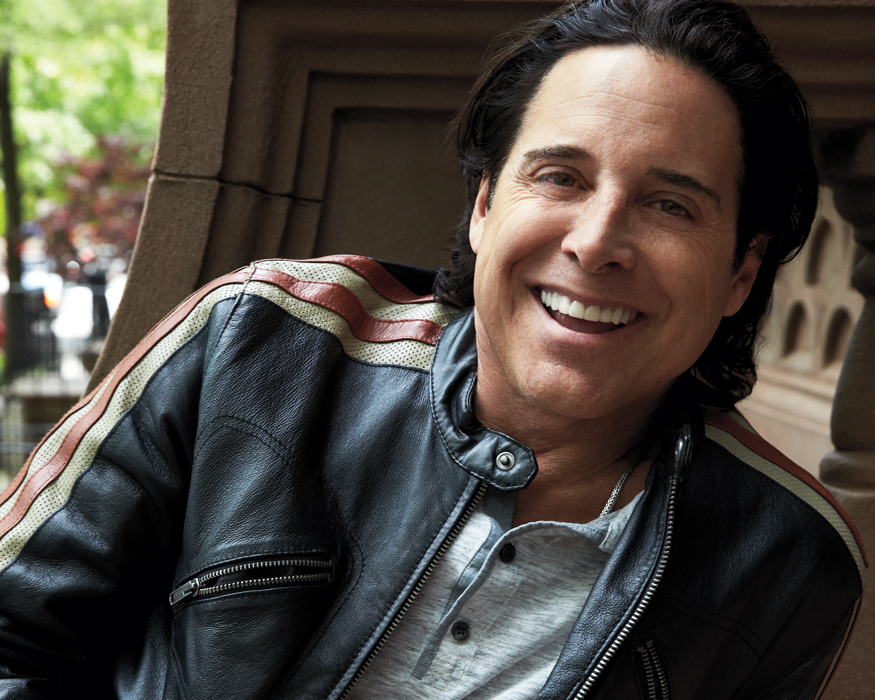 Jonathan Baker is exercising his creative yen hoping to stop time for a little something magical with each new project.

Jonathan Baker’s success as a filmmaker and entrepreneur didn’t happen by accident. His directorial debut, Inconceivable, was released by Lionsgate in June, but it took years to get here. His graduation from college in California coincided with a writer’s guild strike, so Baker thought he’d extend an olive branch to the movie industry by creating the European-inspired SkinSpa, a profitable start-up venture with celeb clientele that led to the development of his beauty line, est-1962. He spent a decade appearing on reality TV shows, most notably The Amazing Race, and later co-founded The Maidstone Hotel in East Hampton with his hotelier wife, Jenny Ljungberg. “Nothing in [Hollywood] happens by accident,” said Baker, who splits his time between Los Angeles and New York. “That’s why my motto is ‘life is by design.’ Whoever you show up as is your own creation.”

While growing up in Manhattan in the 1960s Baker became captivated by the movies, living vicariously through characters played by idols Robert Redford, Paul Newman and Steve McQueen. His theatrical passion stemmed from his single mother, an actress who had moments on screen and behind the scenes. The young Baker would accompany his mother to acting school and appear onstage with famed acting instructor Lee Strasberg. “I was like a young Steven Spielberg,” recalled Baker, now 55. “I was making movies on the roof of my apartment building in Manhattan. My younger sister was the star of my movies, becoming the villain, victim or monster. I’d be like, ‘I’m going to tie you to the air conditioner, so just sit there.’ She’d ask if it was safe, and I’d say, ‘Yeah, don’t worry about it. That won’t hit you on the head.’”

Along with producing and directing Inconceivable, a psychological thriller starring Nicolas Cage, Faye Dunaway, Gina Gershon and Nicky Whelan, Baker also co-stars in the film. He was drawn to the story about in vitro fertilization gone wrong and a mysterious nanny (Whelan) moving into the home of the couple played by Cage and Gershon. Baker’s three young daughters also appear in the film, with the oldest one, Trease, 10, performing the music. “The studio was telling me I had too much control of the film, but that was the whole point,” Baker said. “You can’t show up in one note today. You have to show up playing piano so people will recognize you.”

If a feature film wasn’t enough, Baker is also the subject of a soon-to-be-released full-length documentary entitled Becoming Iconic. Directed by Neal Thibedeau, the documentary chronicles Baker’s life story and what it took to get Inconceivable made. He speaks with influential directors like Jodie Foster, Adrian Lyne, Taylor Hackford and Baker’s mentor, Warren Beatty. “There are a lot of directors who don’t want to come out from behind the curtain,” said Baker, who hopes Becoming Iconic will premiere at the Hamptons International Film Festival this fall. “They just want to make the movies and let them stand by themselves. I’m the complete opposite. I love marketing and I love the ability to talk about the experience with the audience so they can take the journey with me.”

Next in store for Baker is Icon, a film centered on music, immigrants and genealogy. It’s about a soul that travels 100 years until it fulfills its destiny as a rock star. The main character doesn’t discover his talent until he understands who his ancestors were. “This is the picture that’s the pinnacle of everything in my life,” Baker claimed. “After reaching Ellis Island, he’ll travel through blues, jazz, rock, disco, alt-rock and pop stardom at the very end. It’s a celebration of immigrants and a gift to America because we’re all immigrants when we really look at ourselves. When this film comes out, I’ll be able to say I’ve arrived at myself.”

What was reality television like?
The reality world was like going to summer camp and being bad. It’s how I supported myself when I was younger. I enjoyed it, but when you have a strong personality, you’re not necessarily the good guy. I broke the fourth wall many times because I did about 20 shows. But I wanted more. I wanted the platform to do something good because I was the villain and it took away from what I wanted to do for the universe. Sometimes you make choices and mistakes that you have to learn from.

How did you transition from the spa industry to the beauty industry?
When I owned the SkinSpas, I got a little bored and set out to make something amazing. I worked with a chemist to design luxurious aromatherapy products with pure essential oils. Celebrities that frequented the spas, like Will Smith and Ashley Olsen, started using them. I didn’t want to put my name on the products back then but it evolved into my current beauty line, est-1962, named for the year I was born. The products activate your natural pheromones, are 100 percent organic and can be found in the rooms at The Maidstone Hotel.

What are you most excited about with the beauty line?
In addition to the aromatherapy candle, body spray and oil, we recently added unisex hotel amenities like shampoo, conditioner and body wash scented with jasmine and mint. But the velvety bath and body oil is by far the most superior. You take a bath in that and you’re just like, ‘Holy god.’ In my will it says I will have a bath before I die using the bath and body oil. Every once in a while time stops for something magical, that’s what I’m hoping to do in this lifetime. One day, I won’t be here but the stories and the products will remain.

Why did you decide to make the feature film Inconceivable?
Because it’s unique. It’s about in vitro fertilization, which is an in-the-closet topic no one wants to talk about. A lot of women are trying to have babies later in life. It’s hard getting all those hormone injections so that you can desperately do something others can do on their own. Then there’s the issue of letting a nanny into your home and whether or not she sleeps with your husband. There’s a big twist in the way it unfolds. Anyone that doesn’t want to see action adventures might like this. It’s a great date movie. When the husband or boyfriend says, “I’m not going to see a chick flick,” you can say, “Come on, it’s got Nic Cage in it!”

What was it like directing Oscar-winning actors Nicolas Cage and Faye Dunaway?
Faye was one of my idols growing up. She showed up to the set having broken her leg a few days before the shoot. So she never stood up in the movie. I had to rewrite her script a day before and she was in a lot of pain. Nic came in knowing everyone’s lines, which really helped with the tight schedule. Everyone wondered how I would get Faye and Nic to listen to me. I decided to put myself between them, playing the role of forensic pathologist, even if I made myself look bad. They were shocked. I was like, “Yeah, I’m your co-star.” I became an actor so they’d give me respect.

Are you and your wife ready for summer at The Maidstone?
East Hampton is in for a wild surprise. My wife and I brought aboard [hospitality management company] Partners & Alchemy to manage operations with us so it has a decadent edge. Our new concept retains the playfulness of the previous incarnation but with an updated, whimsical twist on a traditional American hotel. The bar is now double the size and there’s a workspace area inside the dining room. We gave the restaurant menu a Ralph Lauren facelift along the lines of The Polo Bar in New York City. We’re hoping the classic American cuisine will attract the East Hampton community.

What does the future hold for you?
I am a designer of all things in life. Right now, my brand is film, beauty and the hotel. I like to think of myself as Tom Ford in reverse. Ford started with fashion and now he’s doing movies. When I get to clothing, it will be simple, ultra comfortable V-neck sweaters and long sleeve shirts, all in Egyptian cotton. Then I’ll add after-dark wear to the lifestyle brand.