If the auctions at Drouot and Dorotheum have become routine, it may be time to venture beyond Paris, Vienna and other cities famed for their well-established art markets. Follow in-the-know buyers to these locales when scouting additions to personal collections.

Sri Lanka is rightfully regaining recognition as a spectacular travel destination. Its contemporary arts scene is also on the rise as one of Asia’s most vibrant. The growing stature of the Colombo Art Biennale (the country’s largest contemporary art collective) raises the profile of the country’s art beyond the island’s alluring shores. The unique cultural blend of this Buddhist-majority country lends itself to an open mindedness and sense of awareness manifested in colorful works of artists such as Priyantha Udagedara and Sanoj de Alwis, who follow in the footsteps of Harold Peiris and George Keyt (regarded as Sri Lanka’s greatest painters of the 20th century). In the mid 1900s, the country then known as Ceylon was home to one of Asia’s most progressive societies and that relaxed spirit is still very much part of the national psyche today. Both Peiris and Keyt were members of the influential Colombo ’43 Group of artists who revolutionized the art scene with their new styles and bold interpretation of what art should be. Keyt was the star in the artistic spotlight, but it was Peiris who toiled assiduously behind the scenes to have the work of others available for the public to see. He was a founder of both the Lionel Wendt Art Centre and the Sapumal Foundation, two institutions that remain influential.

That art scene is best seen in the capital, Colombo, one of Asia’s most underrated cities. Galle Face Hotel, the most elegant place to stay, is itself home to a large and intricately carved wall sculpture that is regarded as a much-lauded work of art in a hotel that has its own museum displaying historical objects in a decidedly contemporary setting. Centrally located, Galle Face Hotel makes for ready access to Colombo’s cultural attractions and modern art galleries. A car and driver are easily arranged for outings around town, perhaps to the National Art Gallery for a better understanding of the local artistic zeitgeist before heading to one of the stylish private galleries to see the latest exhibits. The National Art Gallery is part of a comprehensive cultural complex that also includes the National Museum, Museum of Natural History and the Nelum Pokuna Mahinda Rajapaksa Theatre.

Two blocks from the National Art Gallery is the Saskia Fernando Gallery, where Belgian-born Saskia Pintelon curates exhibits showcasing works of Sri Lanka’s best young artists, including those of Udagedara, whose colorful and seemingly lyrical canvases belie important underlying messages. Across the street, the J.D.A. Perera Gallery, part of the University of the Visual and Performing Arts, showcases the latest talents before they become mainstream. Future visitors interested in contemporary art can prepare for their trip via the online Sri Lankan Art Gallery website, set up by the John Keells Foundation (JKF) to protect and promote cultural heritage and enhance the livelihoods of artists. 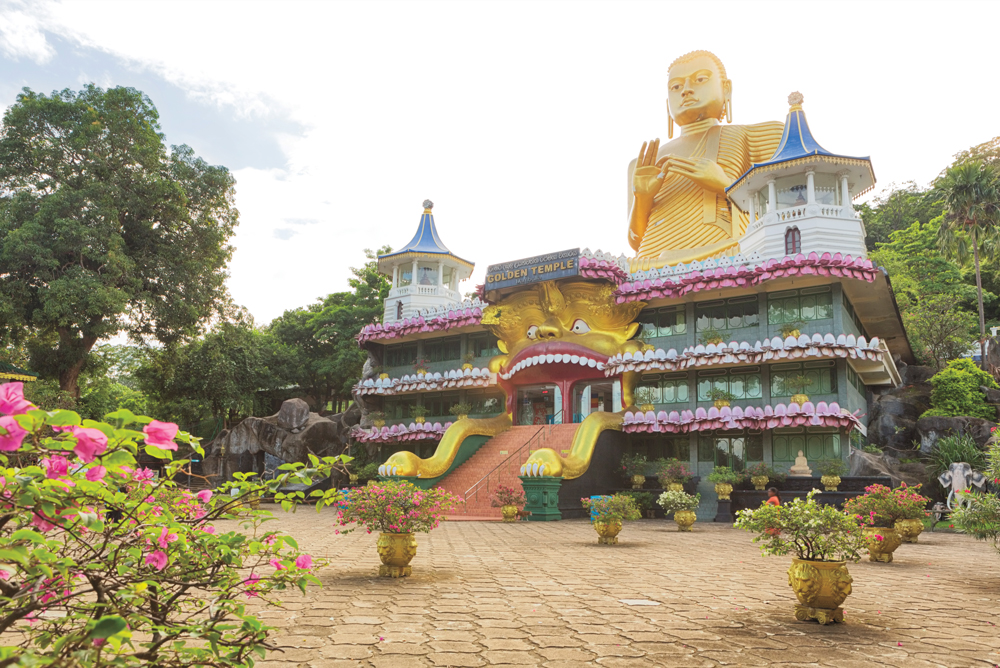 The Golden Temple of Dambulla

Art is everywhere in Sri Lanka, valued as an integral part of daily life. It always has been. Note the UNESCO World Heritage Site, the Golden Temple of Dambulla, where the stunning Buddhist paintings on the cave walls and ceilings display reverence for both Buddhist beliefs and artistic endeavor. The legacy lives on in the spirit of Sri Lanka’s artists today.

Queensland, Australia’s State of the Art

Thoughts of a vacation in Australia usually turn first to the extraordinary natural attractions of an island continent where the arid deserts and green rainforests on land are matched in grandeur by the Great Barrier Reef off the coast of Queensland in the country’s northeast. Australia is not only fertile ground for unique species of flora and fauna but also for a contemporary art scene that has produced some of the most creative artists in the country. 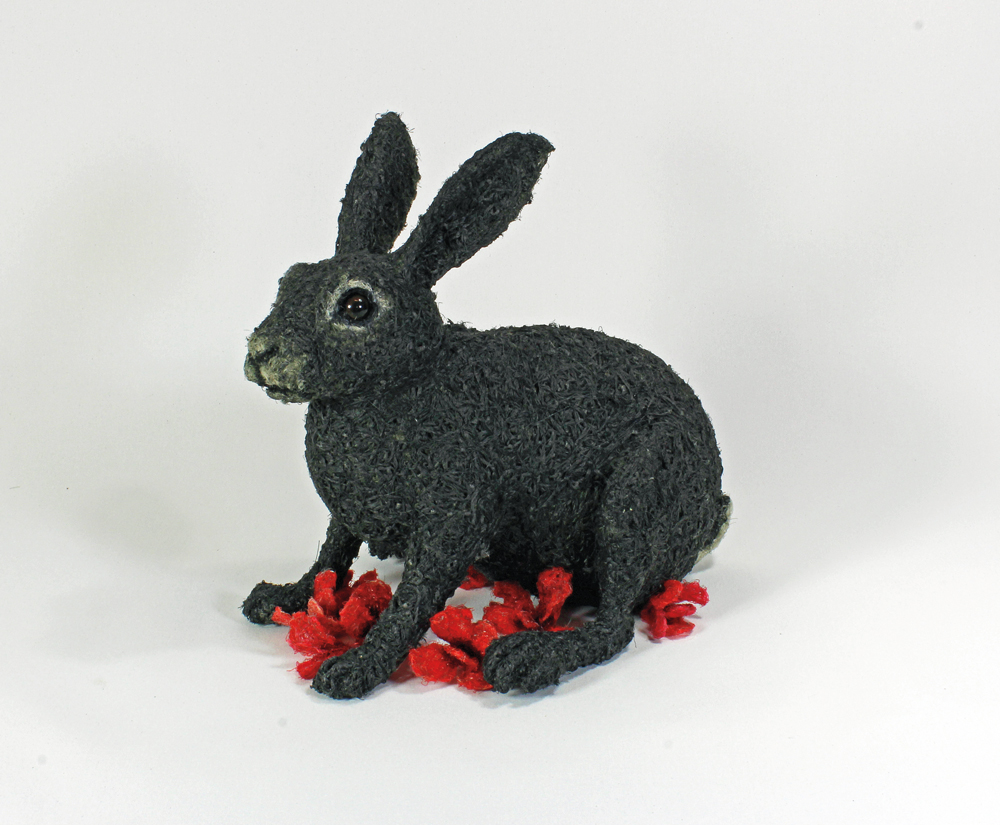 Sue Ryan is one of them. Ryan creates sculptures from so-called “ghost nets” using recovered fishing nets lost at sea. The sculptures are quickly becoming must-haves for savvy collectors of contemporary Australian art. Following her role as art director at Lockhart River Arts, which under her leadership became one of Australia’s most important Aboriginal arts communities, Ryan assumed the task of educating the world about the threat of ghost nets to the health of the oceans. Initially focusing on preternaturally animated canine sculptures, her subjects have gone on to encompass other animal forms, including a series of mongrels and a large sawfish now hanging in Glasgow’s prestigious Kelvingrove Art Gallery and Museum.

Ryan is based in the Atherton Tableland, a plateau above Cairns, which is also the location of the noteworthy Hou Wang Chinese Temple and Museum in the town of Atherton. Nearby is Kuranda, a charming tropical village where dense vegetation thrives and sightings of curious water dragons (harmless but impressive in their size and prehistoric appearance) are not uncommon. Kuranda is a tourist town, but retains vestiges of its history as an arts community. The cooler climate and relaxed vibe has attracted bohemian-types the 16 miles and 1,100 feet up from Cairns for many decades.

A train ride in Gold Class on the Kuranda Scenic Railway conveniently includes a stop to admire the Barron Falls en route to Kuranda or back to Cairns. This part of Australia allows visitors to see two UNESCO World Heritage Sites in the same day: the Daintree Rainforest north of Cairns and the Great Barrier Reef accessible by day cruises and helicopter flights through a number of tour operators. A nature experience not to be missed is a ride on the Skyrail Rainforest Cableway, a 4.5-mile-long cable car ride over the rainforest canopy. In town, the Cairns Regional Gallery is known throughout Australia for its indigenous art displays. Indigenous Aboriginal art was the darling of the art world several years back when Sydney galleries sold out their shows even before opening night, but more judicious spending in recent times has seen that scene decline and contemporary works rise. 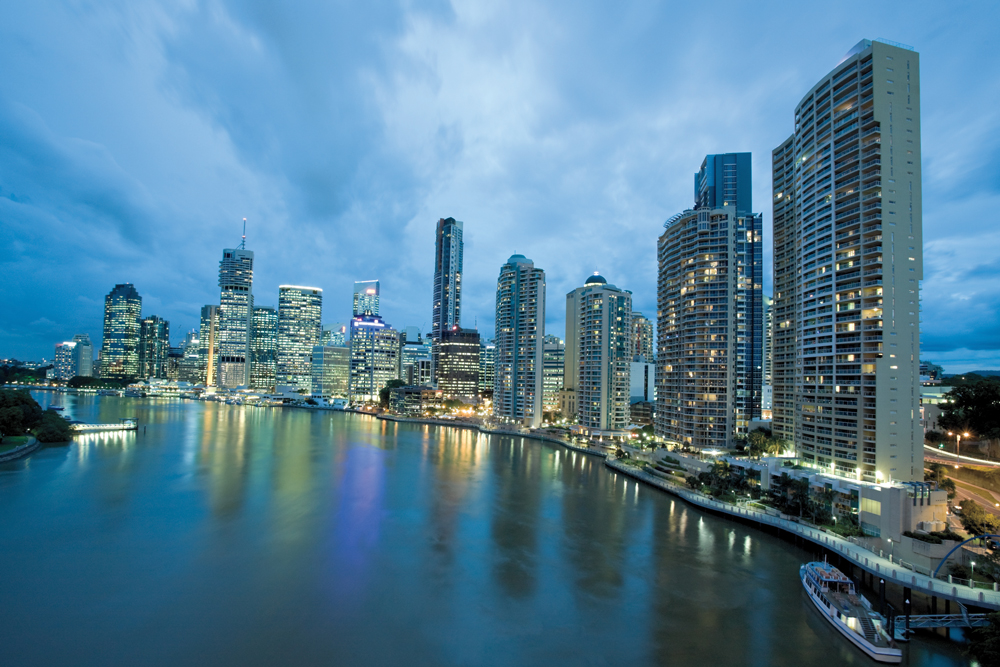 The grim setting of Gladstone in the 1970s is where John Douglas proved to be more resilient than the bauxite industry, which dominated the region at the time. This visionary artist, impossible to categorize, contravenes all the rules. Rather than focusing on a single subject, style or medium, he uses watercolors, gouache and ink on paper to complement a considerable body of photographic work—some of which has generated controversy at shows in Florida, Thailand and Switzerland. A recent series of interpretive images of flowers, Midnight Gardens, is relatively tame compared to the homoerotic imagery sought by collectors (in America especially). The outdoor paintings will be displayed in Sydney’s Shop Gallery this fall. But Long Islanders will not need to travel that far to enjoy it. Pieces from the series are currently on display at The Lionheart Gallery in Pound Ridge, New York.

Brisbane, the capital, has been gaining a steadily more favorable reputation as a creative hub. It attracts artists priced out of the exorbitant real estate markets of Sydney and Melbourne. New arrivals join artists already established in this friendly city where a money-oriented lifestyle is not a priority. Donna Malone is one. She utilizes ink and paper to create thoughtful, ethereal landscapes and arresting portraits in a style reminiscent of early 20th century Expressionism visually updated to the 21st. Working both in the studio and en plein air, Malone is a busy traveler having been invited for artist residencies in France, Spain and India as well as many within Australia.

In Malmö, the capital of Sweden’s southern county of Skåne, an organic arts scene has grown to include a number of galleries around town showcasing local artists, many of them now championed by the esteemed Signal Center for Contemporary Art. The city’s premier space for avant-garde art, Moderna Museet, gave an immediate boost to Malmö’s presence on the Swedish modern art scene upon its opening in 2009. It continues to do so with an array of exhibits and programs meant to bring art to the people and people to the arts. Originally built in 1901, the former electrical station was transformed into a flowing exhibition space of more than 8,600 square feet. A new extension, sheathed on one side in bright orange, became a landmark as soon as it was unveiled and that it somehow manages to augment the sturdy design elements of the original building without interfering in their aesthetic appeal is no easy feat when bright orange is involved.

Swedish creativity has long been recognized in industrial design but remains far less appreciated in the fine arts realm despite a rich history of talented painters such as Carl Larsson and Eugène Jansson, as well as visionary sculptors Carl Milles and Carl Eldh. Today, galleries such as KRETS and GKM bring the works of international artists to the attention of locals, while others such as 21, Leger, Ping-Pong and Makeriet showcase the works of Swedish and other Nordic artists. Together they make for a vibrant, cosmopolitan art scene in the city that is home to Sweden’s most remarkable modern building, architect and sculptor Santiago Calatrava’s Turning Torso, which twists into the sky in the revitalized Western Harbor district. The residential tower is the tallest building in Scandinavia at 620 feet.

Stockholm enjoys an international reputation as a beautiful place to visit, but Malmö is less familiar. In addition to Modern Museet and famed exhibition hall Malmö Konsthall, another sight worth a visit is the Renaissance-era castle (the oldest in Scandinavia), which hosts a variety of permanent and temporary exhibits throughout the year. The city’s main square, Stortorget, is one of the most picturesque in Sweden. It’s surrounded by the beautiful façades of the grand City Hall and the 1896 Tesch Building, the location of the historic Apoteket Lejonet—a pharmacy still in operation on the premises.

Moderna Museet is located in Östergatan near the Radisson Blu hotel. The Radisson Blu incorporates one of the city’s oldest structures into its building. A historic brick and timber house built in 1558 serves as the hotel’s restaurant without any modification to the original façade. The hotel is two blocks away from the Moderna Museet and makes a great base for enjoying the city near the Öresund Bridge, made famous in the international television hit The Bridge. It’s exciting to cross when riding the Skånetrafiken train to or from Copenhagen Airport. The five-mile bridge links Malmö to a manmade island in the middle of the Öresund Strait, where it descends into a 2.5-mile tunnel to complete the crossing to Denmark.