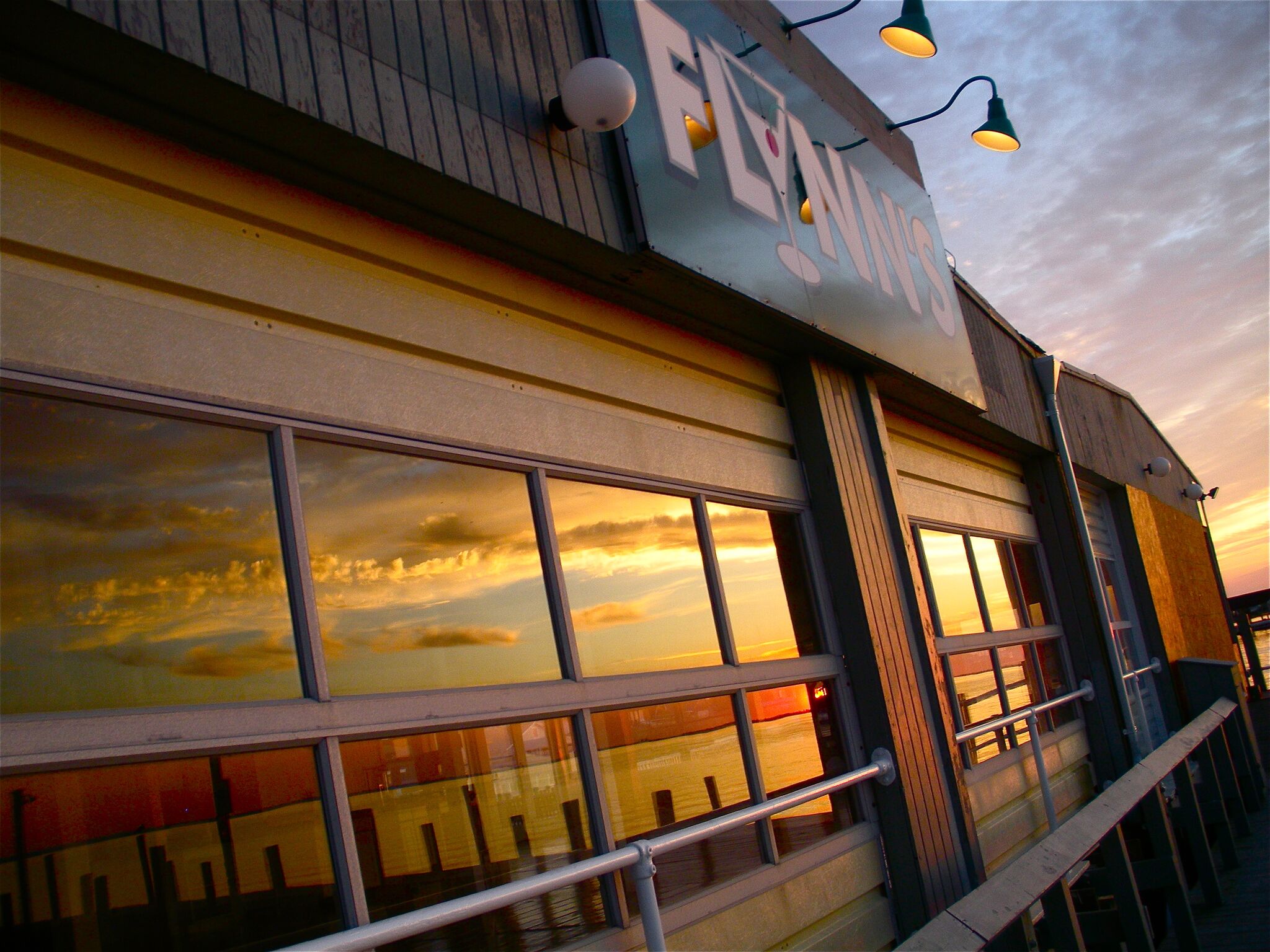 Initially on the path to work in hospitality, John Doran never intended to become a chef. But after 40 years in the industry, he’s still enjoying every moment of it. In May, he became the executive chef at Flynn’s, a lively restaurant serving Ocean Bay Park since 1937. His simple, clean cooking style allows the flavors to “speak for themselves.”

I caught up with Doran to talk about his new place of business, his past culinary endeavors and how he’s embracing life on Fire Island.

How did your career as a chef begin?
Originally, I never had any desire to become a career chef, but I always loved the restaurant industry and hospitality. While I was in college in the late 70s, I was working a summer position as a bartender and assistant manager at the Riviera Marina and Restaurant in Manorhaven. Someone in the kitchen had gotten burned and had to stop working…I was asked to go in and see if I could be of any help. That’s how it all started. After that, I did a lot of work in Manhattan at places like The River Café and Scalini Fedeli, as well as work on Long Island at the now-defunct Bernard’s Market & Café in Glen Head.

How did you land at Flynn’s?
I went to culinary school with Tim Flynn’s son, Morgan; we graduated together from the French Culinary Institute in New York City (now called the International Culinary Center). Morgan and I had stayed in touch, so when they had an opening, Tim contacted me.

What’s on the menu and what do you recommend?
Because we’re on the water, we’re influenced mostly by seafood. We have a broad menu with plenty of other proteins—lots of meat choices, chicken—but fresh seafood is definitely the staple. Our Dayboat Scallops and Cedar Plank Roast Salmon are two of our signature dishes.

What’s the atmosphere of the restaurant like?
It’s nonstop. There’s a lot of energy. It’s unique because it’s not only a dining destination; it’s very popular with the young crowd. There’s a lot of live music on the weekends and during the week there are cruises coming from Captree. The views are incredible. Being right on the Great South Bay, the sunsets are breathtaking every day. 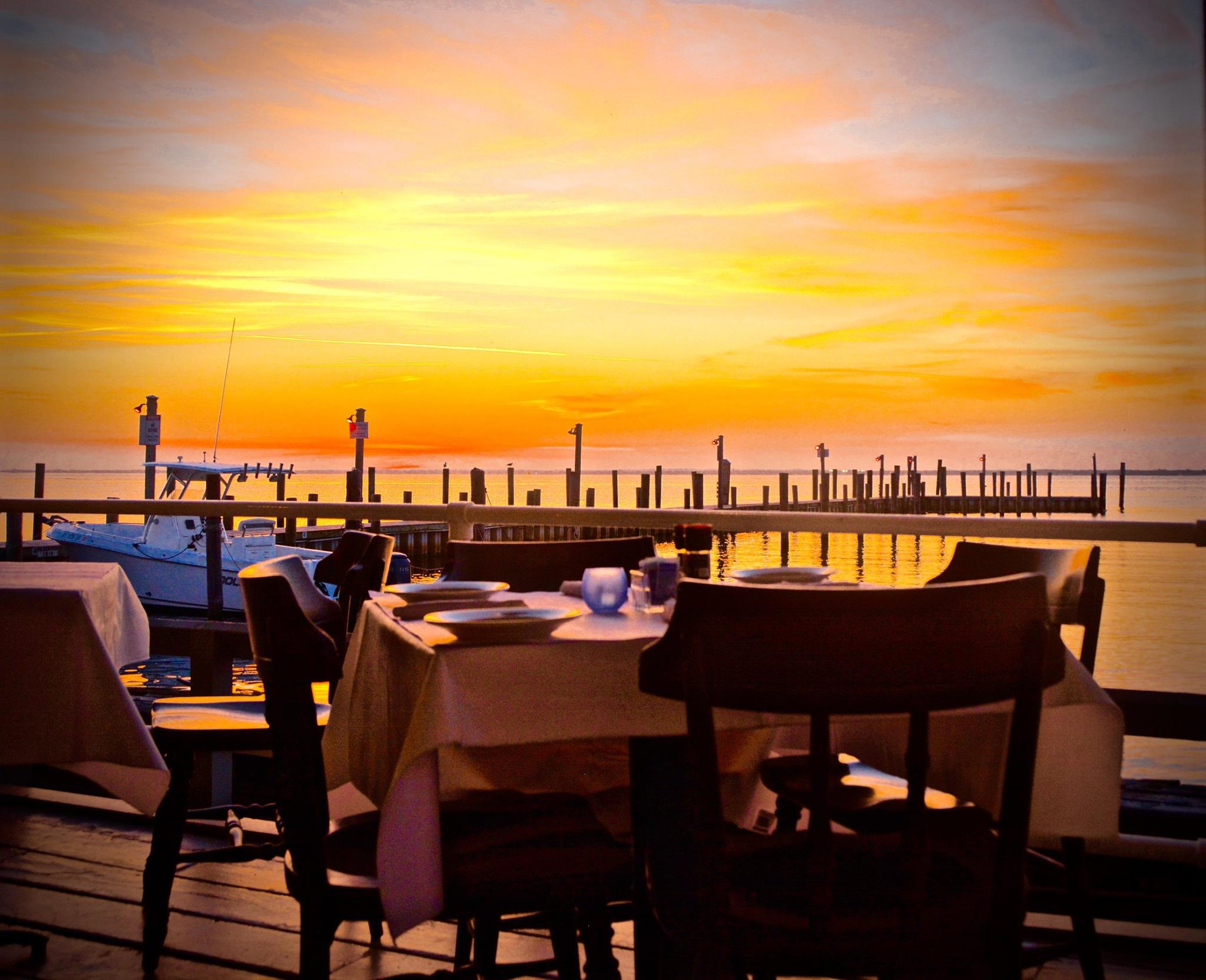 How would you describe your cooking style?
I’m a big fan of light, healthy, Mediterranean-style cooking. I’m ingredient-driven and I like to cook with “respect and restraint,” which means I like to use the best quality ingredients and let them speak for themselves. I don’t mask their flavors and I don’t use a lot of spices, but I use a lot of fresh herbs. My style is straightforward and clean tasting.

What’s your favorite food and what’s one food you would never even want to try?
I would have to say I love a homemade plate of pasta with seafood—whatever is local and freshest. And something I would never try? I would say probably anything that Andrew Zimmern eats on Food Network’s Bizarre Foods.

What do you like to do outside of work?
I’ve always loved sports, particularly baseball. I’m a big Yankee fan and even though I don’t get a lot of time to get up to the stadium anymore, I try to watch as many games as I can. But I love being a five-minute walk from the ocean; every day before work, I start my day with a walk on the beach or a quick swim. There’s something very calming about the ocean.

What has been the most rewarding part of your job?
What I find most rewarding now is being able to mentor some of the younger culinary minds. My advice to them is that you have to be passionate and 100 percent dedicated.