With hits like “She’s Not There,” “Tell Her No” and “Time of the Season,” The Zombies are considered to be one of the most melodic bands of the 60s British Invasion. Though the band’s second album, Odessey and Oracle, didn’t do well upon its 1968 release, it eventually developed a cult following and has since been referred to as a psych-pop masterpiece. Recorded at Abbey Road Studios with the same tape machine that was used on The Beatles’ Sgt. Pepper’s Lonely Hearts Club Band, Odessey and Oracle has psychedelic elements but, unlike the former, was not influenced by psychotropics.

As bassist Chris White recalled in the Zombie Heaven box set: “‘Hung Up On A Dream’ was our token flower power song but we were never influenced by psychedelic drugs, or any drugs whatsoever. There was one period where there was this incredible hope, around the time of Monterey, and we believed in it too. It wasn’t cynical.”

Led by vocalist Colin Blunstone and keyboardist Rod Argent, the original Zombies’ lineup, previously reunited for the 50th anniversary of Odyssey and Oracle, playing the album in its entirety on tour. When the band plays the Great South Bay Music Festival on July 16, Blunstone and Argent will be with the current lineup of guitarist Tom Toomey, bassist Jim Rodford (formerly of the Kinks) and drummer Steve Rodford. The band harks back to its bluesy rock roots on its latest album, 2015’s Still Got That Hunger, which includes an ode to New York, where The Zombies landed in 1964 to play the Brooklyn Fox Theatre.

Blunstone discussed The Zombies’ past, present and future.

Who were you listening to growing up in St Albans, Hertfordshire, England? Did any vocalists inspire you at the time?
The original greats of rock ’n roll like Elvis, Chuck Berry and Little Richard made a huge impression on me as I was growing up and started a lifetime love of rock music. Two people have influenced me most as a vocalist: One is fellow Zombie (keyboardist/songwriter) Rod Argent, because working on his new songs we always go into great detail of phrasing, interpretation and performance. And, secondly, the late singing coach Ian Adam who taught me the rudiments of technique and the importance of regular practice.

What’s the story behind the recording of the famed vocals for “Time of the Season?” Did you end up singing it your way?
We had an extremely tight recording budget for Odessey and Oracle, so when we got to the last track, “Time of The Season,” the pressure was on for a speedily recorded lead vocal. As the song had only been finished a few hours earlier, I wasn’t completely confident of some of the phrasing and Rod (Argent) was trying to coach me through the headphones from the control room. Eventually things did get a little heated and I’ve always laughed that at a time when I was singing “It’s the time of the season for loving,” Rod and I were yelling at one another.

What’s your favorite song to sing live off of Odessey and Oracle, and why?
Because we need extra keyboards and harmonies, one that we only ever play when we have the original or the current band together is “Hung Up On A Dream.” It has a wonderfully evocative lyric and beautifully moving melody that not only sounds of its time, but somehow also has a timeless feel about it. The fact that we rarely play this song adds to my enjoyment of every performance. 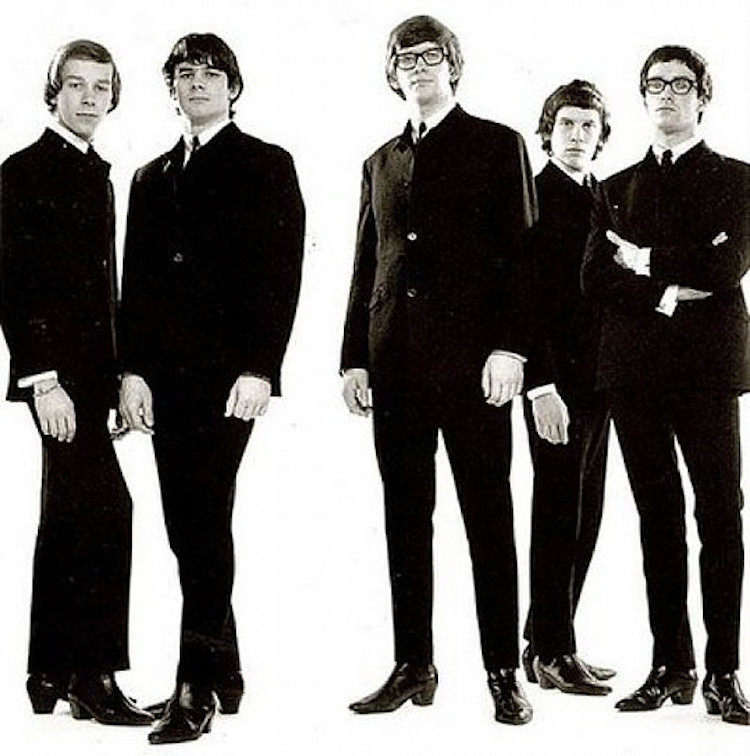 What inspired the songs on your latest album, Still Got That Hunger?
Hard to say as I only wrote the song “Never Get Over You,” but my one offering was inspired by noticing how much musicians look forward to getting home after a long tour, and yet how difficult it can be for them to adjust to home life! Instead of working on tracks in the studio, we decided to rehearse really intensely before we went in so that arrangements and keys were set and all we were looking for was a performance. In the end, we recorded most of the album live with only the backing harmonies added later. It was great to record with an outside producer and Chris Potter (The Verve, Rolling Stones) made the whole recording experience as enjoyable as any album I’ve done.

Do you like any current bands?
I think there are some great, young singer/songwriters at the moment: Ed Sheeran, Sam Smith and James Bay amongst them. And there’s a really good studio band in Wales called The Sonic Executives who have recorded an amazing first album.

Will you continue to tour with The Zombies after this tour? Any new music in the works with the band or solo?
I am already planning a new solo album and will tour the U.K. with my solo band in November. We have also discussed a new Zombies album and have tour dates booked running into next year. Personally, I would like to tour for as long as I am physically able to.

What do you like about playing in New York, and what can we expect to hear when The Zombies play the GSBMF?
New York City has always had fantastically enthusiastic audiences who welcomed The Zombies for our first concerts in The States in 1964, and again when Rod and I started performing together in this incarnation of the band nearly 40 years later. It will be really great to re-establish this special relationship. When we take the stage at the Great South Bay Music Festival, we’ll play a selection of songs covering the whole of our 53-year career—some well known, some quite obscure and, hopefully, a few surprises as well!