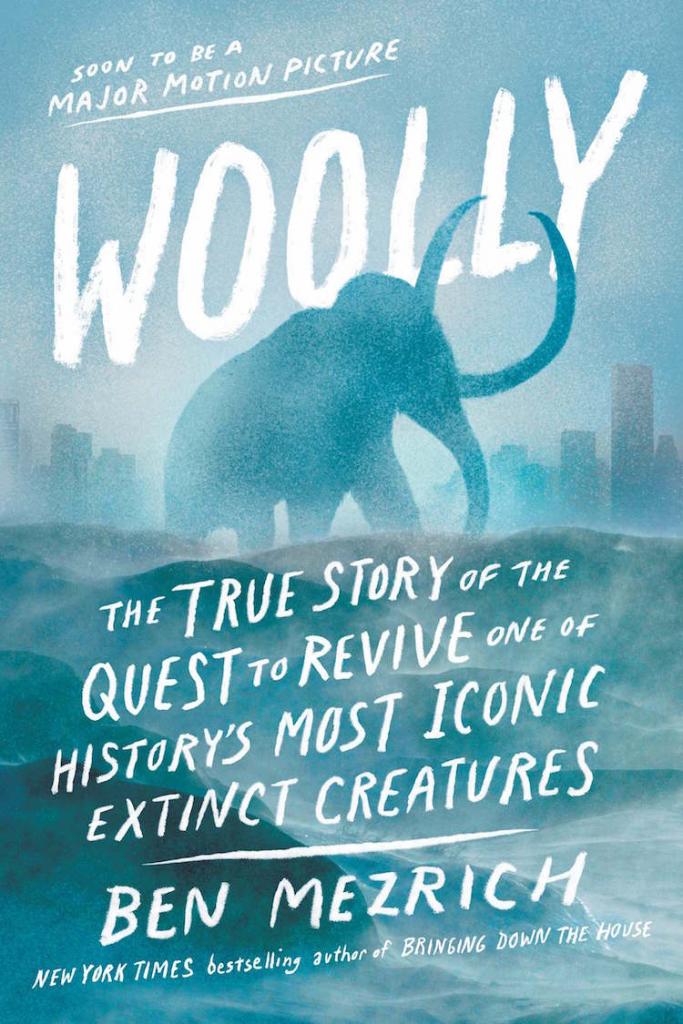 Your closet is filled with yesterday’s fashions. You’re reluctant to donate a thread of it, though, because hey! They could bring back skinny ties, Hammer pants, or shoulder pads any day now, right? Or maybe, as in the new book “Woolly” by Ben Mezrich, re-emergence is best done with bigger things.

Growing up near the swamps of west-central Florida, George Church had a laboratory for his backyard. Born with burning curiosity, Church taught himself etymology at age five and left his peers behind in every stage of public school. In college, he fell fully in love with science and almost flunked out; he was so focused on lab work. He did eventually become a full professor and landed at Harvard University. There, in a typical nerdy-but-brilliant-George-Church way, he wooed a co-worker, married and started working in the then-new world of genomes. Cells consumed him. DNA fascinated him with information and possibilities. It became an obsession.

Then, he talked with a journalist who asked if, considering the advances made in the science of genomes, it was possible to bring back extinct species. Say, a woolly mammoth?

It wasn’t such a far-fetched thing. In 2003, Spanish scientists cloned a Pyrenean ibex and brought the species back three years after it went extinct. But Woolly Mammoths? While many carcasses were frozen nearly intact, they’d been gone for thousands of years.

But was it ethical to revive a creature that may’ve died out anyhow?

The answer came to him in 2012, from a source that Church had never heard of. When two well-known conservationists held a workshop think-tank on the subject of revival, Church discovered Russian scientist Sergey Zimov, who’d spent two decades of his life studying permafrost in Siberia. Zimov claimed that thawing permafrost, in conjunction with global warming, was poised to do great damage to the planet. He explained how ancient animals forestalled the issue millennia ago, and that damage could be reversed by reversing time. He’d made it his life’s work, as did certain Chinese scientists.

That was all Church needed to hear.

If you do nothing but imagine a meadow filled with 12-foot-tall, shaggy Mammoths, then you know a little bit of what you’re getting from “Woolly.” That, of course, and a totally blown mind.

In a true story that reads like a novel, author Ben Mezrich takes some Jurassic Park, a bit of The Big Bang Theory, and mixes it with jaw-dropping scientific findings to show how a formerly-extinct mammal or bird may sooner-than-later arrive in a forest near you. As you might guess, there’s international intrigue and adventure in this, and more. Mezrich looks ahead and behind us; he delves deeply into his subjects’ personalities, where zoology fits in, how scientists wrestle with the ethics of revival, where lines are drawn and where those lines are pushable.

That makes this a book that’ll cause you to think and think and think for days to come, eager and excited, or frightened senseless. For science-minded readers, thrill-lovers, or dreamers, “Woolly” is a mammoth-sized read.