Nearly 15 years after he opened Riverhead’s Buoy One with his sister, Lorraine Girard, and her husband David Girard, the trio finished renovations on the second Westhampton location (opened in 2010) in April. The changes included a new fresh seafood market that was already a popular component in the original location.

The developments didn’t stop there. They opted to try something new: Buoy One locations without sit-down service. In turn, two takeout and seafood markets opened for business in June in both Mattituck and East Hampton.

“I kind of felt like my menu and what we do would fit in a supermarket or would fit in a situation where you are just doing the fish and the takeout without the tables,” Pollifrone said. “It’s nice to actually see it operate and work the way I thought it would.” 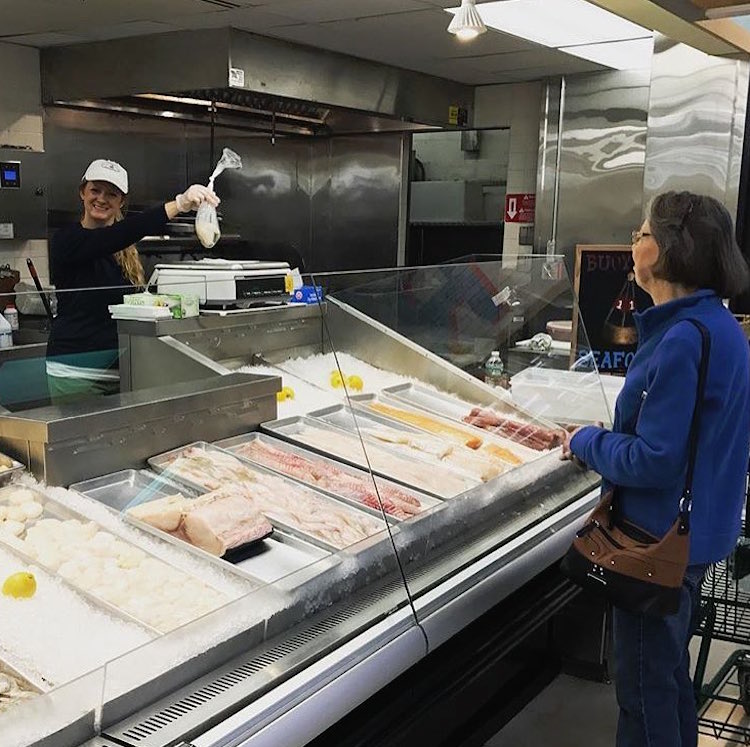 In Mattituck, the Buoy One counter sits within Mattituck Marketplace. Customers can shop for fresh seafood to cook on their leisure including snow crab legs, lobster slipper tails and whole octopus. Or they can have something prepared right in front of them. The kitchen line sits right behind the fish case allowing the Buoy One cooks to whip something up quickly. The East Hampton spot located at 17 Race Lane operates the same way.

“[My cooks] can turn around and help a customer at the counter buying fresh fish and just as easily help the person order a clam bake or a stuffed flounder to go,” Pollifrone said. “They are doing dual jobs now instead of just being chefs or cooks.”

The takeout and seafood markets are far different than operating the restaurants. Aside from no table service, the seafood markets require less manpower. On the weekend (the busiest time), three people work behind the counter while two usually master the job on the other days. But what isn’t different is the freshness. Pollifrone said each location stocks its seafood daily.

“I’m never sitting on the same product very long,” he said. “If I put a tuna in the case today by the end of the night it’s gone; I’m working on a new fresh tuna tomorrow.”