Across Long Island, life gets a little easier by the seashore. Beautiful scenery and the smell of ocean air bring city dwellers and celebrities to our shores each year. But imagine Long Island without beach days. If enterococcus bacteria levels reach a certain threshold, it’s not safe to go swimming, surfing, fishing or clamming. And if erosion continues, there will be no access to the beach at all. 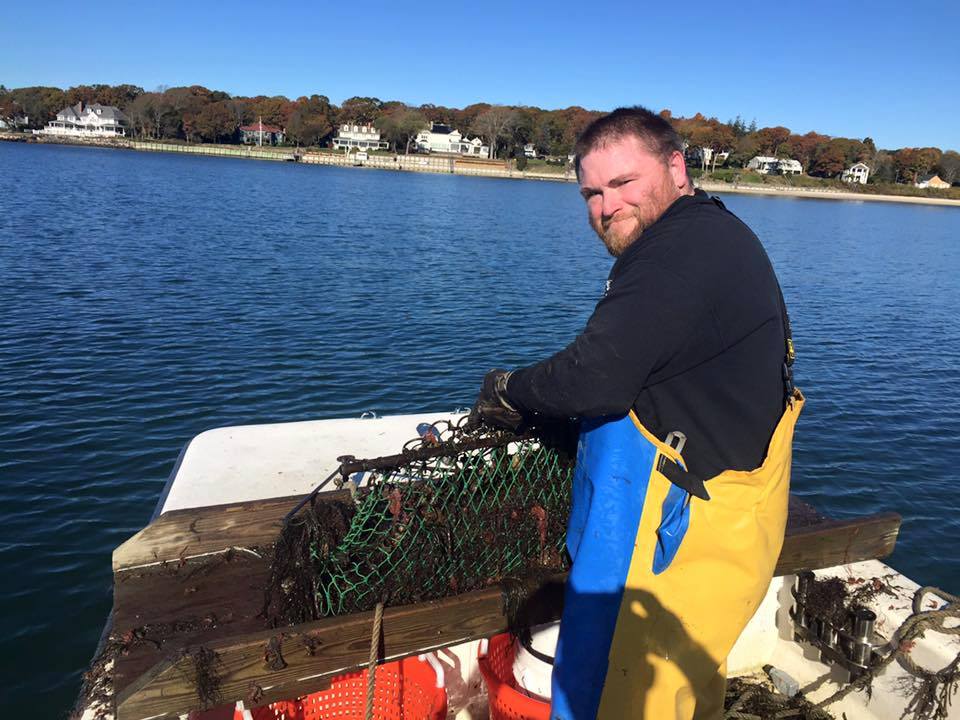 “Our water quality has gotten worse,” said executive director and baykeeper Sean O’Neill, who has been with the organization since April 2016.

One only needs to look at the nitrogen levels in Suffolk County groundwater, which flows into bays and the ocean, to see O’Neill is right. These levels have increased substantially over the last 30 years. In the 1980s, it was about 2.4 mg/l. It skyrocketed to more than 3.6 mg/l in 2015.

The standard of safe drinking water is 10 mg/l. But that doesn’t mean there isn’t cause for concern. Concentrations as small as .5 mg/l can have negative effects on wildlife. When there is an excess of nitrogen in the water, algal blooms begin to emerge. These blooms are toxic to fish. And a ripple effect follows.

“Fishermen, restaurants, beach goers, people who clam…basically anyone interested in recreating on the water are impacted.” What would summer be without a clambake or kayaking? How about happy hour without $1 oysters?

Wastewater, which is derived from septic systems, cesspools and sewage, is currently one of the biggest sources of water pollution. Septic systems account for 70 percent of the nitrogen in Suffolk’s water.

To keep these levels from rising any higher, Peconic Baykeeper has lobbied for policy-driven changes. In 2016, a few dozen new septic systems were added in new single-family residences in Suffolk County. It was the first major update to the county’s septic systems since the early 1970s. “The old cesspool technology literally dates back to Roman times.” And they only reduced nitrogen by 10 percent. The new ones can lower levels by up to 90 percent, according to O’Neill. “The main focus is a net nitrogen reduction policy where we use technology and other means to take as much nitrogen out as we put in.”

Peconic Baykeeper has been introducing this net nitrogen reduction policy to local municipalities like the Suffolk County Department of Health Services and giving them blueprints on how it can be implemented.

To keep the public informed about safe swimming and surfing conditions, Peconic Baykeeper joined the Eastern Long Island Chapter of the Surfrider Foundation’s (ELCSF) Blue Water Task Force in 2016. The organization tests for enterococcus, a coliform bacteria that indicates fecal pollution (human or animal waste) or other pathogens, and publishes levels on the Blue Water Task Force website weekly. If the bacteria levels are above 35 mpn/100 ml they can turn a beach day into a sick day by causing stomach flu, skin rashes and respiratory infections. The week of July 3, it was over the level five times at 17 different Southampton beaches. On July 3 at Mecox Bay in Southampton, the enterococcus bacteria level was 253 mpn/100 ml. On July 5, 2016, the level was recorded at 31 mpn/100 ml and on July 7, 2015 it was 0 mpn/100 ml. Leaking septic systems and large rain events that wash pollutants into the beach water are major contributors to the rise in levels.

“If these bacteria levels continue to rise, beaches will become closed to bathing and shellfishing.”

But it isn’t a lost cause. Aside from replacing old, faulty septic systems, Long Islanders can help by not using high nitrogen lawn fertilizers.

“The nitrogen fertilizers are quick acting, get into the ground and are instantly available to plants but can also wash off into the water. If [people] replace those fertilizers either with no fertilizer at all or slow release organic fertilizer, [they] will greatly reduce the nitrogen pollution from [their] lawn and garden.” 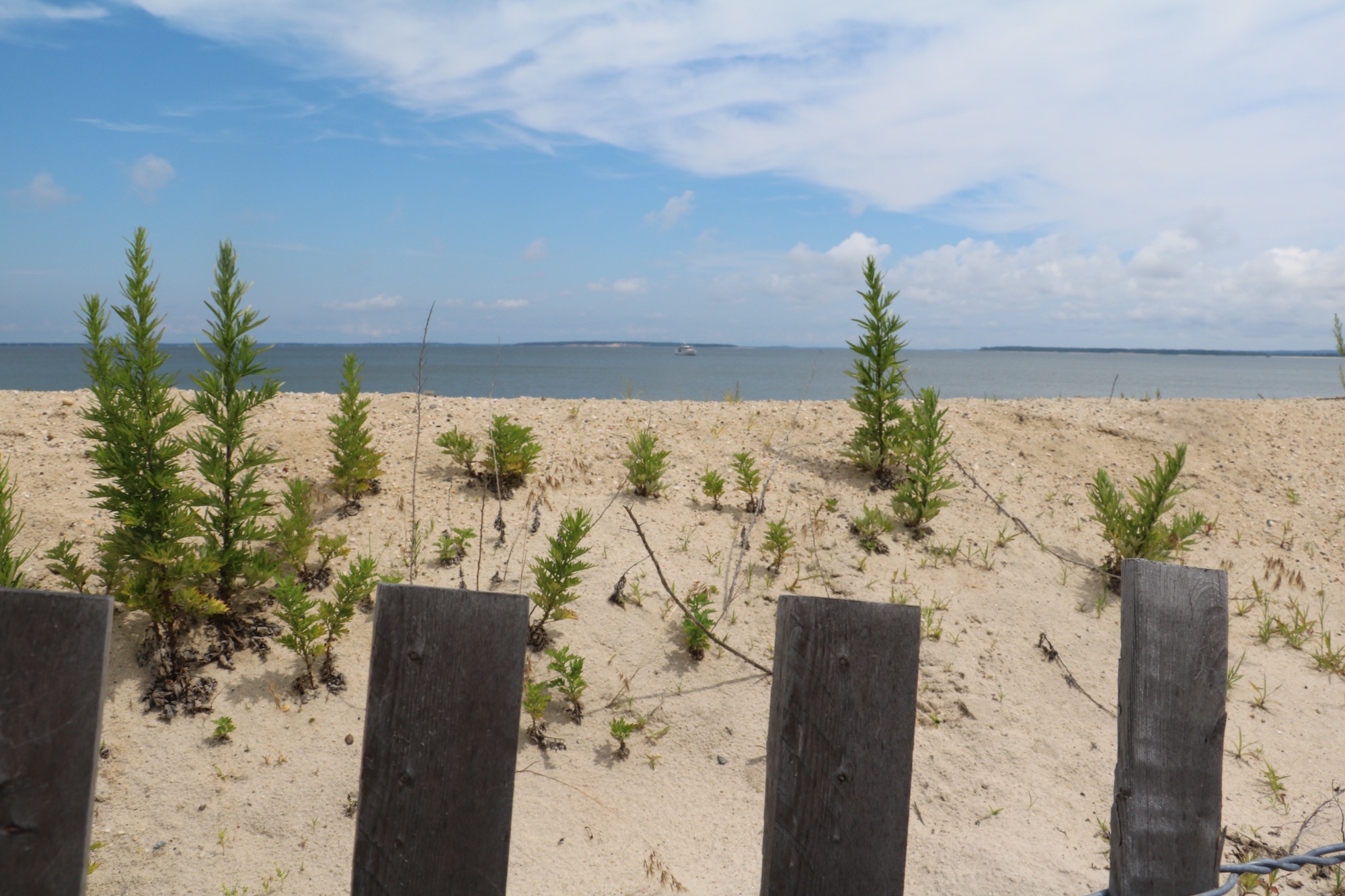 As Long Island saw with Hurricane Sandy, the shoreline is controlled by three things: the amount of sand in an area, the water level and the wave energy from storms. Combined, these three factors provide the energy to erode the shoreline and remove sand from the beach. On the surface, it means there is less room for beach chairs. But dive deeper and the problem only gets worse.

“If erosion isn’t addressed it can lead to situations where you can’t access the beach and economic losses due to storm damage,” said Jay Tanski, who has been the coastal processes and facilities specialist at New York Sea Grant since 1983. 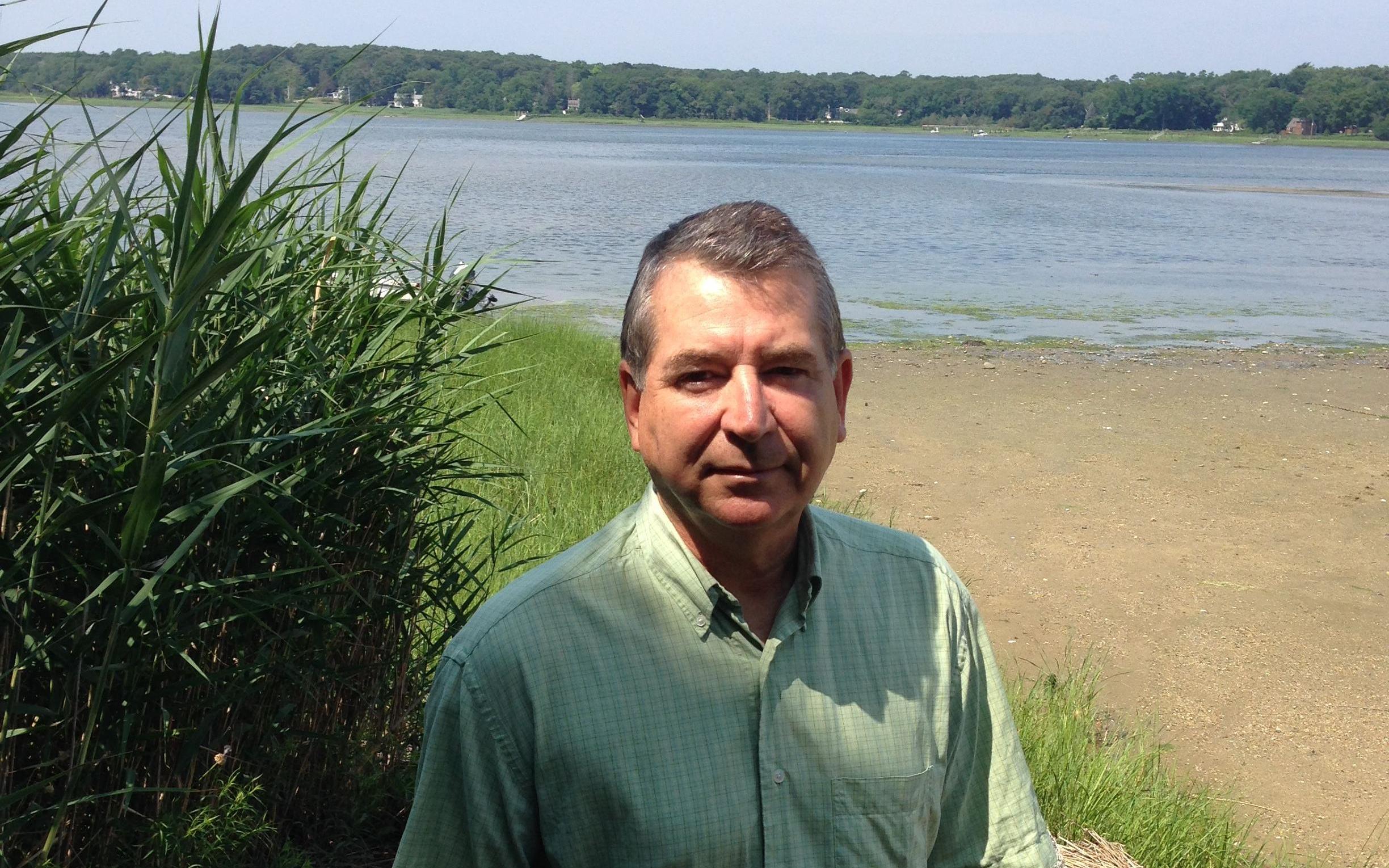 The most popular response to erosion is beach nourishment, which involves putting sand on the shore to build up the beach. It is designed to provide a beach and dune system large enough to prevent wave attacks and flooding. A standard beach nourishment project can last 5 to 10 years, but on some Long Island beaches more work needs to be done.

In areas like Shinnecock Inlet, Moriches Inlet and Fire Island Inlet erosion rates can be 5, 6 or 8 feet per year, up to five times the Mid-Atlantic regional average of 1.6 feet per year. Because these beaches are immediately downdrift (west of the inlet), they experience accelerated erosion. The sand moves from east to west, causing it to become obstructed when it hits a groin, jetty or inlet. Due to the accelerated erosion, sand bypass projects are taking place in these areas every two or two and a half years.

Even though the natural rate of background erosion in the Sagaponack and Bridgehampton area is at the regional average of 1-2 feet per year, residents banded together to make these beaches healthier. They voted to fund $23.8 million of a $25 million beach nourishment project in 2013-14. The vote meant taxes increased between 25 and 35 percent per household. The remaining money came from the Town of Southampton Park Fund.

The Town of Southampton hired small coastal consulting firm First Coastal to examine the rate of erosion on Sagaponack and Bridgehampton beaches. For years, scientists believed much of the eastern part of the Sagaponack beaches were subject to erosion from the Georgica Jetties and its associated groins. They thought this blocked the sand flow from east to west. First Coastal’s analysis confirmed this to be true. The firm also found excellent quality sand 45-55 feet underwater that was perfect for moving onto the beaches. By drilling into cores of sand and then testing them, First Coastal found it was the right size, color and texture. And there was enough of it to nourish the shores.

Great Lakes Dredge & Dock Company got to work. The company, which specializes in dredging and land reclamation, was responsible for pumping 2.5 million cubic yards of offshore sand and spreading it along approximately 6 miles of beach. The stretch of beach has been eroding at a rate of 120,000 cubic yards per year for the last five decades. 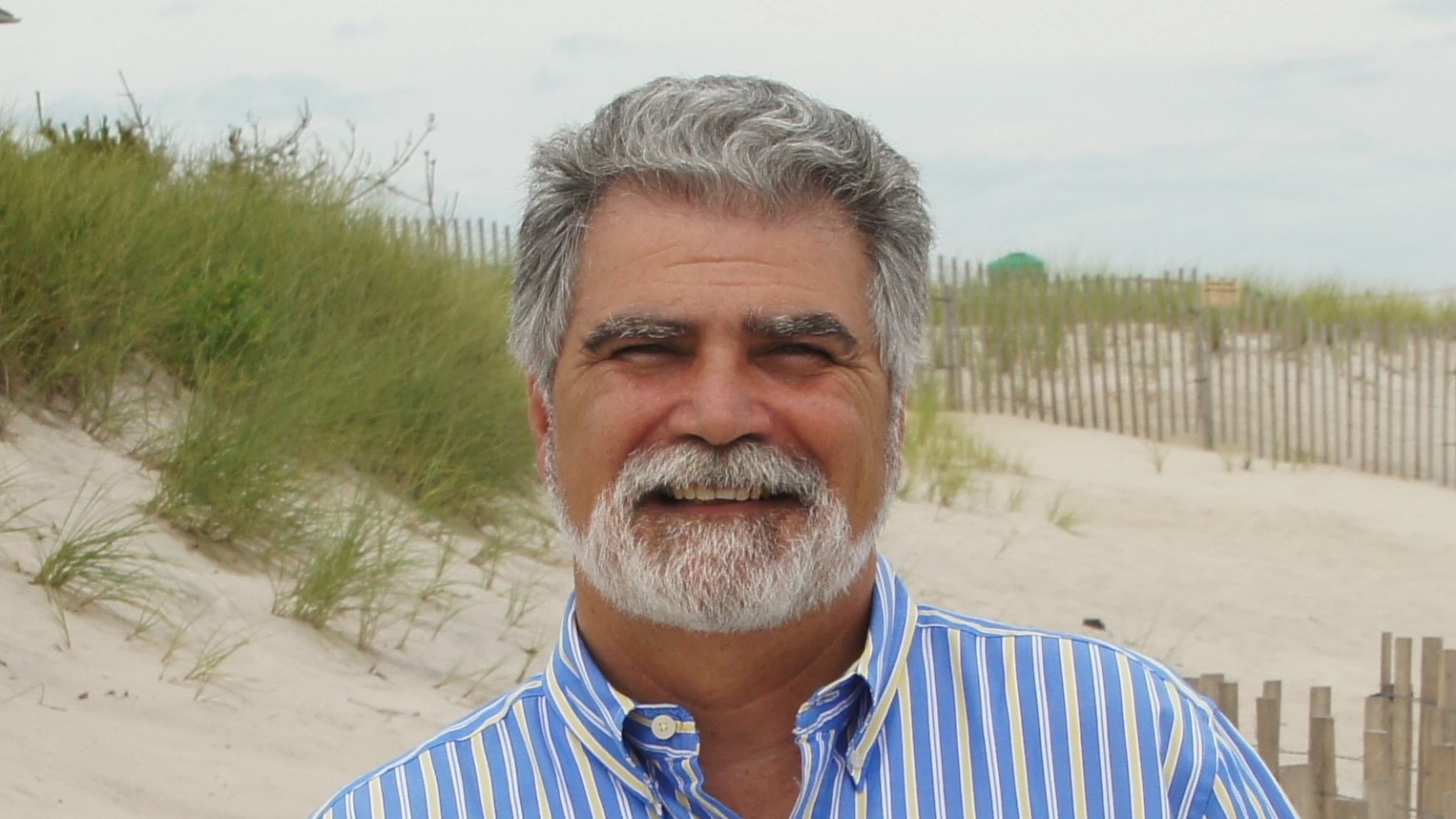 Though it came with a hefty price tag, had residents waited another five years to get this project going, they would have had to pay at least $6 million more to address an additional 600,000 cubic yards of beach.

“The 144 property owners who banded together were able to undertake a project which has enhanced the environment, protected endangered species, provided a recreational beach and provided flood and erosion protection,” said Terchunian.

For those who want to help prevent erosion, but don’t have the means to raise their taxes, they can make an impact by not using the sand fence for bonfires.

“The sand fence collects wind blown sand, which enlarges the size of the dune, creating a natural protective feature from flooding in erosion,” said Terchunian.