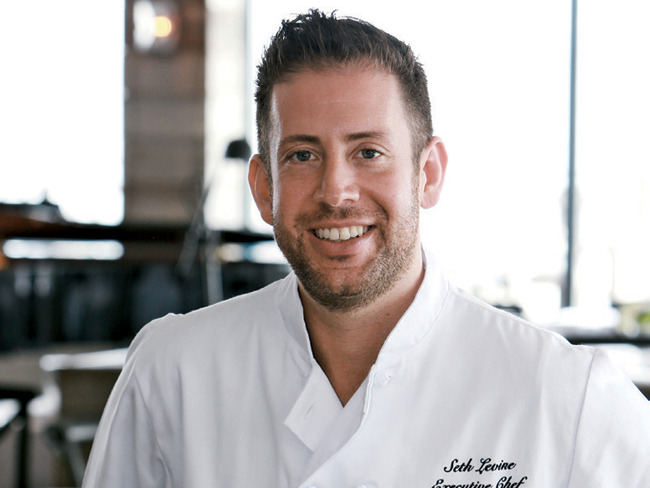 The career change from Goldman Sachs to restaurateur was a smart one for Seth Levine, who is now the executive chef at four restaurants, three of which he owns. He has been involved with the Ravel Hotel in Long Island City for six years, a property that boasts two restaurants: the hugely popular Penthouse 808 and the newly opened Long Island City rooftop Estate Garden Grill. His fun, easy demeanor in the kitchen gives off the vibe of a well-seasoned pro. But Levine’s career in the kitchen officially started about a decade ago. The Great Neck native attended culinary school in Italy, but took a job with Goldman Sachs after graduation. It wasn’t until years later that he finally carried out his dream, re-energized by his on-a-whim decision to try out for a cooking show: none other than Gordon Ramsay’s Hell’s Kitchen. Since changing his path, Levine has had fun with every minute of his career.

Though busy with four restaurants, Levine found the time to step out of the kitchen to discuss his inspiration, attitude and the ins and outs of the new Estate Garden Grill, which opened in June.

What prompted you to try out for Hell’s Kitchen?
I chose to leave [Goldman Sachs] in 2007. The day I left, I had just gotten off the subway and there was this huge line outside my apartment, which turned out to be tryouts for Gordon Ramsay’s TV show Hell’s Kitchen. I went straight from Goldman Sachs to the back of the line, and then three weeks later I was in LA filming season five. I did okay on the show, nothing too great, but it really made me want to get into the restaurant industry. I opened my first restaurant in the Hamptons in 2009 and I haven’t looked back since. 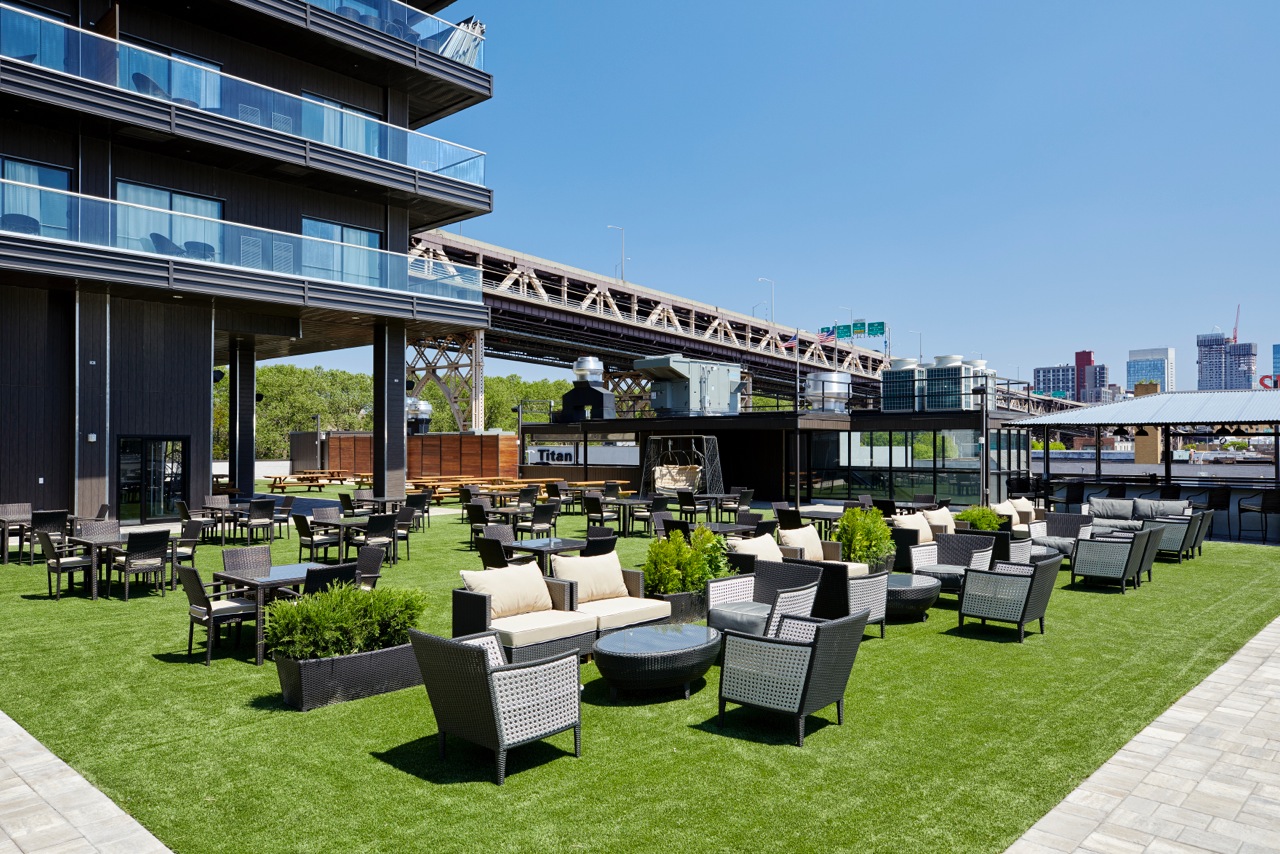 What are you most excited about regarding Estate Garden Grill?
It’s basically something that New York doesn’t have; it’s an elevated beer garden but it’s also an elevated experience. It has everything from ceviches and tartars to sushi—the type of food is like a mix between spa, luxury and beachy. It just feels like you’re on vacation, not at all like you’re in New York City. When you’re on a rooftop in Manhattan, there are good views, but you’re either looking out at Long Island City or Jersey or wherever. But when you’re in Long Island City and you’re looking at Manhattan, it’s a completely different and rare experience.

Do you have any “words to live by” while you’re in the kitchen?
Absolutely. For me, cooking can’t be as serious as some people make it. I love to have fun. I love to plate eccentrically. I enjoy when people play with their food. I’m not looking for Michelin stars, I’m looking for people to have the best time ever. My style is creative plating with creative food, and I don’t like it when people take it too seriously. My kitchens are a fun place to work. We just focus on using great products and making sure everybody’s having a good time at the restaurant.

What do you love about the menu?
I love the raw seafood aspect…The ceviches, the tartars and the sushi. I’m just a seafood fanatic so to sit on an elevated level with palm trees in New York City and have a raw ceviche on a beautiful night—there’s nothing better than that. 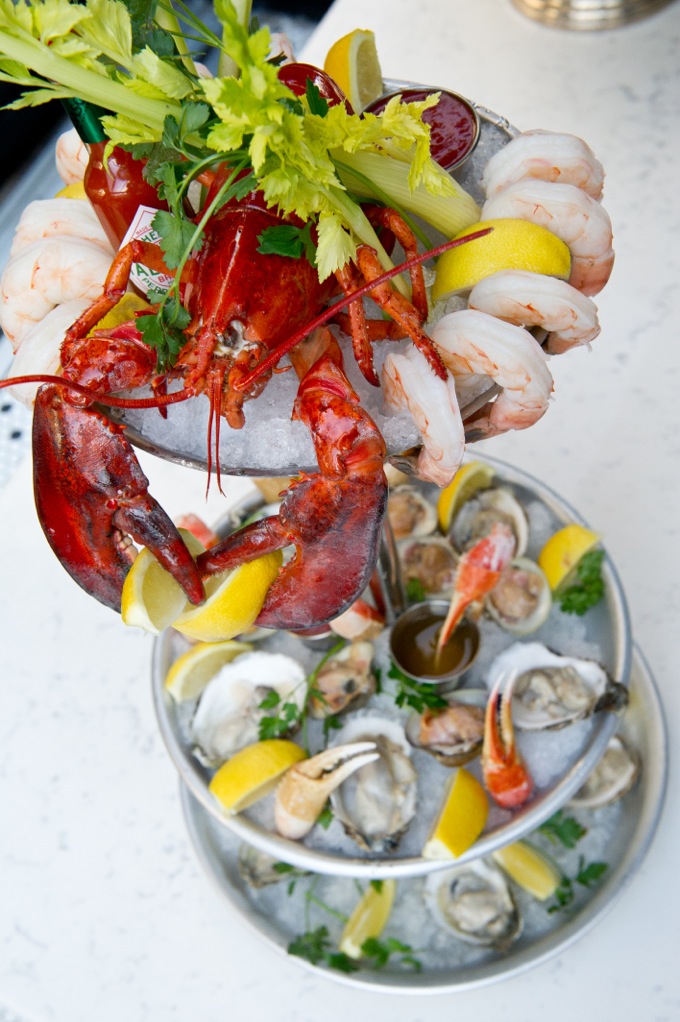 Was there anyone specific who influenced your cooking?
When I was younger and the internet didn’t really exist, I would watch cooking shows with chefs like Martin Yan and Julia Child. Martin Yan was mesmerizing to me; his knife skills were amazing. I was seven or eight years old and I would just sit there and try to copy down everything he was saying. My parents always told me to just have fun in the kitchen…We would go to the supermarket and I would buy all the ingredients that I had written down. It was a learning process but those were the first shows that I started loving to watch.

What’s the atmosphere of the restaurant like?
We have everything from birthdays to engagements to people who just want to hang out. A new thing that we have is “entertainment while you eat”—performances throughout the evening from our waitstaff, many of whom are aspiring actors and actresses…They’ll do a quick number while waiting on tables. It’s a lot of fun.

How do you like to spend a day off?
My fiancée loves when I cook for her so days off I sometimes end up cooking, which is very relaxing to me. I’m very busy. Unfortunately, I don’t get to cook every night in the restaurant because a lot of what I do is management. On a day off, I definitely like to cook.

What would you say to those interested in coming to Estate Garden Grill?
Once you come once, you’ll get hooked on it. It’s in a very up-and-coming area, kind of like Williamsburg was years ago. We’ve been here for six or seven years with Penthouse 808. It’s been exciting to see the area and our customer base grow. Between the food, the view and the vibe in general, I would suggest to anybody to come check it out.