When Kristin Sheeler reached The End 20 years ago, it was a match made in Montauk. The designer, who spent nearly two decades as the senior director of color, print and pattern in a similar role at Victoria’s Secret, found the sand and surf were a perfect cure for her exhaustion.

Related Content: 10 Things to Do in Montauk This Summer

“I felt like I was a million miles away from the City,” Sheeler recalled of her first trip there in 1997 when she and some friends had a share house. “I felt beauty, energy and calm…there was a huge community of really cool, creative people. It always rejuvenated me.”

Sheeler’s customers feel the same way when they discover NIBI Montauk. She opened the boutique, which she described as “surfy-beachy-boho,” three years ago on Atlantic Terrace. This summer, she unveiled a new location, Poolside at Sole East. The spot stocks some clothing that is a bit dressier than the original. 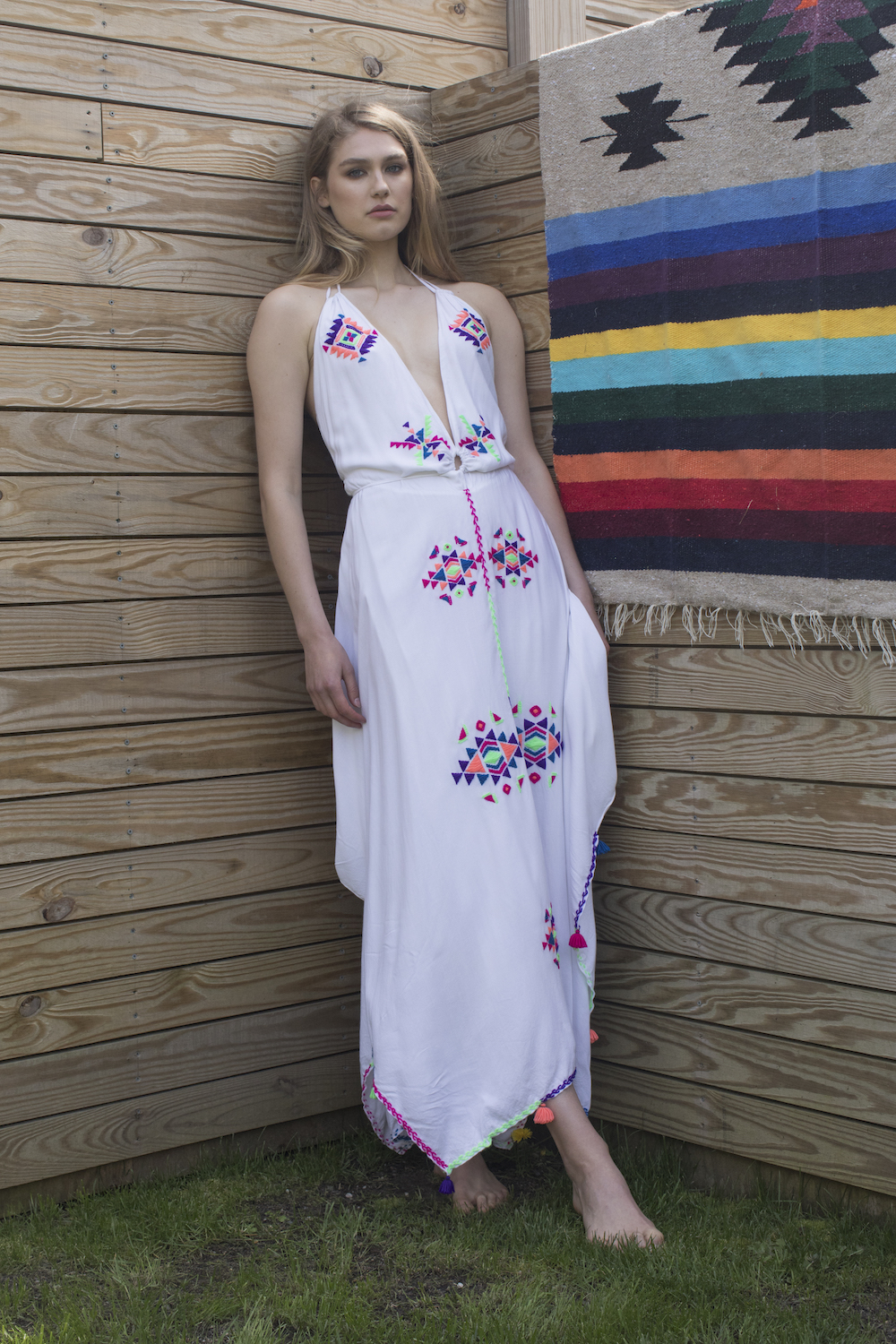 “[Atlantic Terrace] is right by the water…[At Sole East], people are drinking rosé in what they’re going out in.”

But the locations are mostly similar. Shelves and hangers are made of driftwood. Both shops are tucked away off Main Street. The designers are also off the beaten path. In addition to selling her own designs, Sheeler stocks NIBI Montauk’s shelves and hangers with under-the-radar and local brands. Customers can shop boho-chic products from the likes of Gypsy 05, Piper, Indah, Sailor, Skemo and Yong, Broke and Fabulous.

“When I started this it was sort of like [customers were] coming in for hidden treasures…When people find me, they’re there for a reason. They’re not breezing in and out.”

NIBI Montauk’s uniqueness is one reason for the lingering. Sheeler’s keen eye for detail, which has resulted in a smartly curated boutique of trending and soon-to-be trending pieces, is another. Take dresses and cover ups with small pom-pom accents that allow customers to dip their toes in the trend without jumping the fashion shark. Her refinement comes from 15 years with Ralph Lauren. 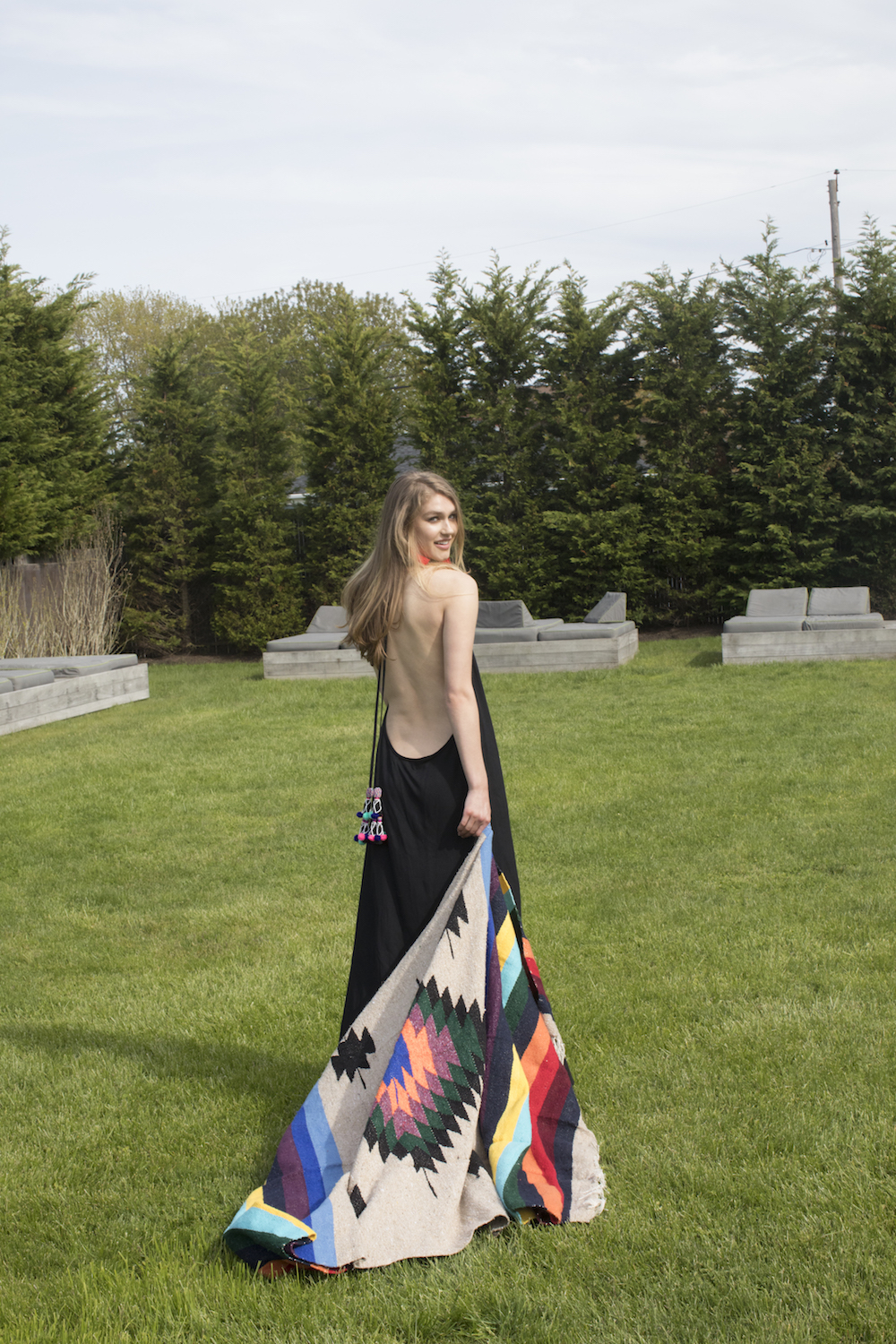 “His pace level, sophistication. The touches, the details. He was like my father. I came home with an A and he said, ‘OK where’s the A+?’”

Sheeler thrived in the intense environment of New York City fashion, but on her off days, she surfed and traveled. In between her tenures with Ralph Lauren and Victoria’s Secret, she took a year to surf in Indonesia and Costa Rica.

“It’s a relief. You’re working with the water. Once you catch a wave and ride the wave, the feeling was something I could not let go of. It became my culture.”

That culture has not just had a ripple effect on the laid-back atmosphere in Sheeler’s store or her beach-chic designs. This summer, she is donating $1 of every swimsuit purchased to WaterAid, an international non-profit that helps create water systems in countries like Kenya and Colombia. Even the name is inspired by the town and its surroundings. NIBI means water in Algonquin, just as much a nod to the ocean as it is to some of Montauk’s earliest settlers.

“It’s a passion. It’s about just being on water and the energy of water.”